The father of a victim of the 2014 Isla Vista shooting spoke out Tuesday in response to the Monday shooting at a San Bernardino elementary school. 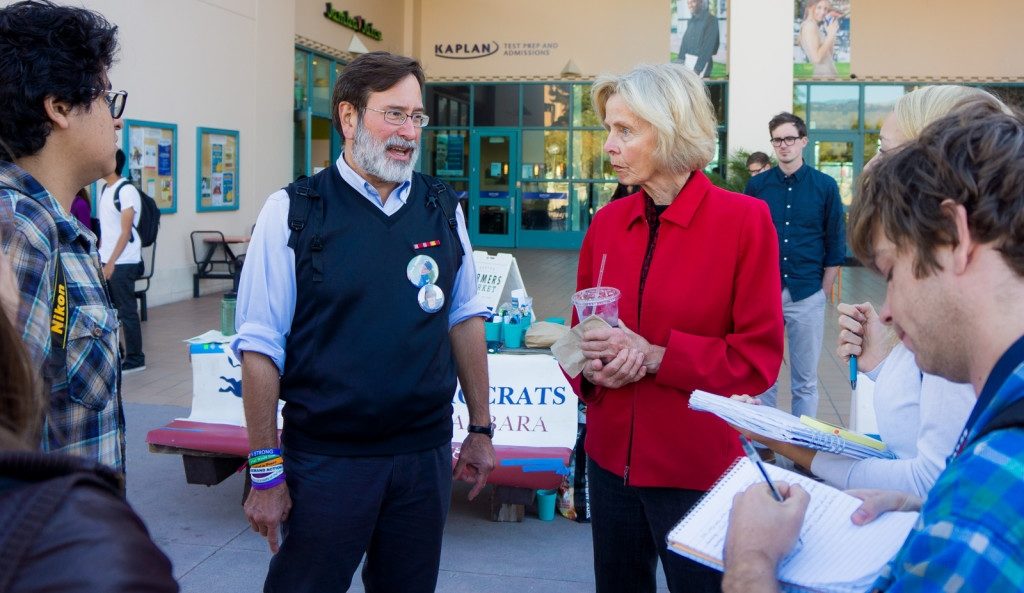 The father of a victim of the 2014 Isla Vista shooting spoke out Tuesday in response to the Monday shooting at a San Bernardino elementary school.

Richard Martinez has been an advocate for gun control with the nonprofit organization Everytown for Gun Safety since the loss of his son, Christopher Michaels-Martinez, who was one of seven students to die in the I.V. shooting.

Martinez said the recent shooting in San Bernardino demonstrates the immense work that still must be done to combat gun violence.

“The other side vastly overestimates the ability of people to intervene in an emergency situation effectively with a gun,” Martinez said. “The tragic situation in San Bernardino illustrates that point.”

Cedric Anderson entered the North Park Elementary School campus on April 10 and fatally shot his wife, Karen Elaine Smith, and injured two students. One of the students died after being rushed to the hospital.

While this incident is not considered a mass shooting, which is defined as a shooting where four or more people are killed by a firearm, Martinez said he believes it is similar to many mass shootings in the country because it was calculated and included the shooter committing suicide.

In response to the events, Martinez spoke in advocacy of a gun control bill currently passing through the California state legislature, Assembly Bill 424 (AB 424).

AB 424 aims to keep school district superintendents or other equivalent school authorities from providing permission to possess a firearm in a school zone.

The bill passed through committee for a second time on April 5 and must now go through a third reading before being sent off to the state senate.

“The current California law states that guns are prohibited K through 12, but there is an exception if schools approve it,” Martinez said. “AB 424 takes away the exception and says there shouldn’t be any guns on school property.”

Martinez said the three biggest problems with having guns in schools are the increase in risks of accidental shootings, complications with law enforcement in emergency situations and elevating conflict.

Martinez said “there isn’t one solution” to gun violence, but he believes AB 424 is a step in the right direction.

“If you have a solution to gun violence, will it work 100 percent of the time? No.

But the same goes for seatbelts. Just because they don’t work all the time doesn’t mean we shouldn’t use them,” Martinez said. “Would it ever work 100 percent of the time? No. But it’s absurd that we’re in this situation, and we need to do better.”

Martinez stressed the importance of gun violence reform and compared the United States’s policy to that of gun laws in other countries, where there is significantly less gun violence.

“It needs to stop,” stated Martinez. “An American woman is 16 times more likely to be shot with a gun than in another country. We should not have to live like this. Other countries have guns, and they don’t have this problem.”

“It doesn’t have to be like this,” Martinez added. “And more guns are not the solution to gun violence.”

A version of this story appeared on p. 5 of the Thursday, April 13, 2017 print issue of the Daily Nexus.