This past Sunday resulted in a devastating late inning loss for the UCSB baseball team in its matchup against Cal State Northridge Matadors by a score of 10-8. In a must win series for the ‘Chos, UCSB fell short in the last inning of the series Sunday afternoon to a walk off three-run home. 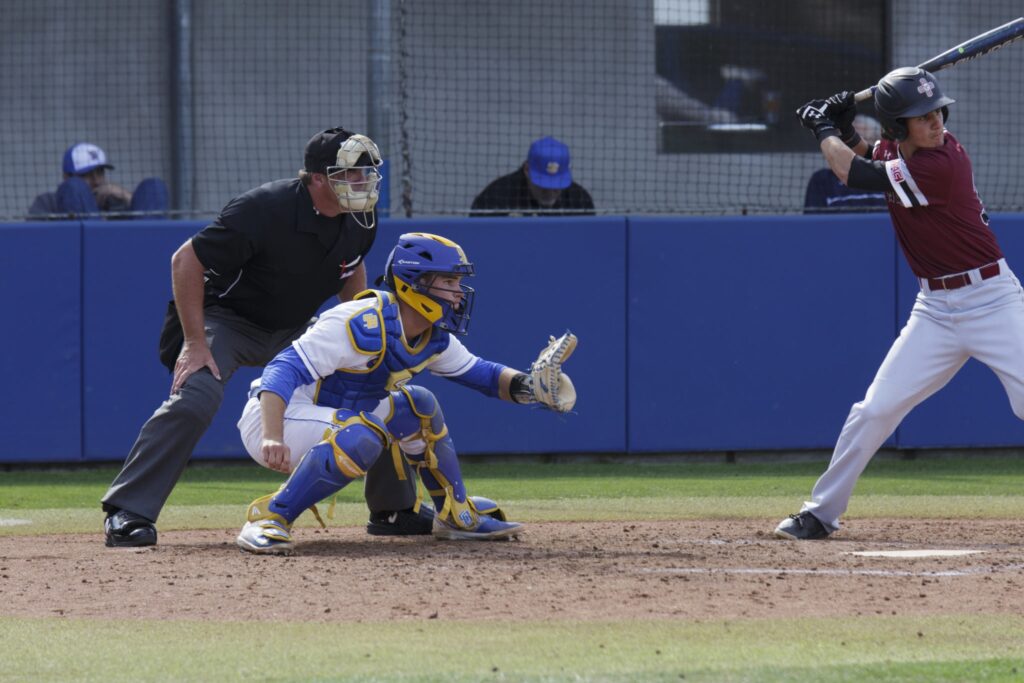 With two outs and a 1-1 count in the bottom of the ninth, Matador junior third baseman Nolan Bumstead homered to left field sending CSUN home with the series win.  Until that final blow, the Gauchos played in a slugfest of a game.

In the first, Gaucho junior first baseman Austin Bush set the tone by hitting a tater to center field giving the ‘Chos a 1-0 lead. More runs would be scored for the Gauchos in the second and third innings from an Armani Smith double play ball that would still plate Kenny Corey and a Billy Fredrick RBI single to the right that would score Dempsey Grover.

Although the ‘Chos had a three run lead early on, CSUN would fight back. After cruising through three innings, UCSB redshirt sophomore pitcher Chris Clements would run into trouble in the bottom of the 4th giving up three runs. After a single that lead to an error in centerfield by Fredrick, the righty would give up another hit to the Matador junior catcher Albee Weiss that would plate CSUN’s first run of the game. After a walk and sacrifice bunt, Weiss would score by a sacrifice fly from Fred Smith. The equalizing run came next from Matador junior right fielder Nick Sablock, who smoked an RBI double down the right field line. After two back-to-back fantastic outings from the Gaucho junior Chris Clements, his day would end abruptly going 3.2 innings pitched, giving up three hits and three earned runs.

After a quiet fifth inning, the Gauchos and Matadors would go toe-to-toe, almost matching blow for blow in this backyard brawl.

To begin the sixth, both Kenny Corey and JJ Muno would lead off the inning with back-to-back singles for the Chos. Next, trust freshman Armani Smith, who has been a big piece in the offensive resurrection for UCSB, continued raking with a single to left that would score Corey. The next batter, Tommy Jew, would make up for his error in center and would go three run big fly to left giving the Gauchos a sizeable 7 to 3 lead.

But after taking some blows, the Matadors would come right back at the Chos. Nolan Bumsteed would hit a double to center to lead off the inning, followed by another Matador reaching on an error by JJ Muno. Fred Smith would hit his 2nd sacrifice fly of the game, scoring Bumstead. Moments later, Nick Sablock would continue having a game as he would send a ball over the right field wall for a two run see-you-later.

The very next inning, Gaucho DH Sam Cohen, the Louisville Slugger, would launch one over the right field wall continuing the mortar barrage over the fences of Matador Field. With an 8 to 6 lead and a fresh bullpen everything was looking well for UCSB heading into the last two innings.

Coming in to relieve Kevin Chandler was the local kid Steve Ledesma who pitched fantastic in two innings.  Then came the 9th for Ledesma. The righty from Ventura, California would get two quick outs after allowing a single and a sacrifice fly. The rest would be history though when Ledesma would leave up a 1-1 slider, giving up the big three-run walk off shot to Bumstead. Ledesma (2-4), after pitching fantastic, would pay for his one mistake.

In order to make regionals, the Gauchos will have to win every series and most single play games for the rest of the season to improve their RPI by a sizeable amount. The Gauchos surely have the talent to do so, but it seems when one aspect of the team is doing well, the other side of the ball is not doing so hot. If the Gauchos finally do click, they’ll need to go on a historic streak to keep the dream of another College World Series run a live.

The Gauchos have a chance to turn the page Tuesday, April 11 when they host the University of Nevada, Reno at 3 p.m. at Caesar Uyesaka Stadium.