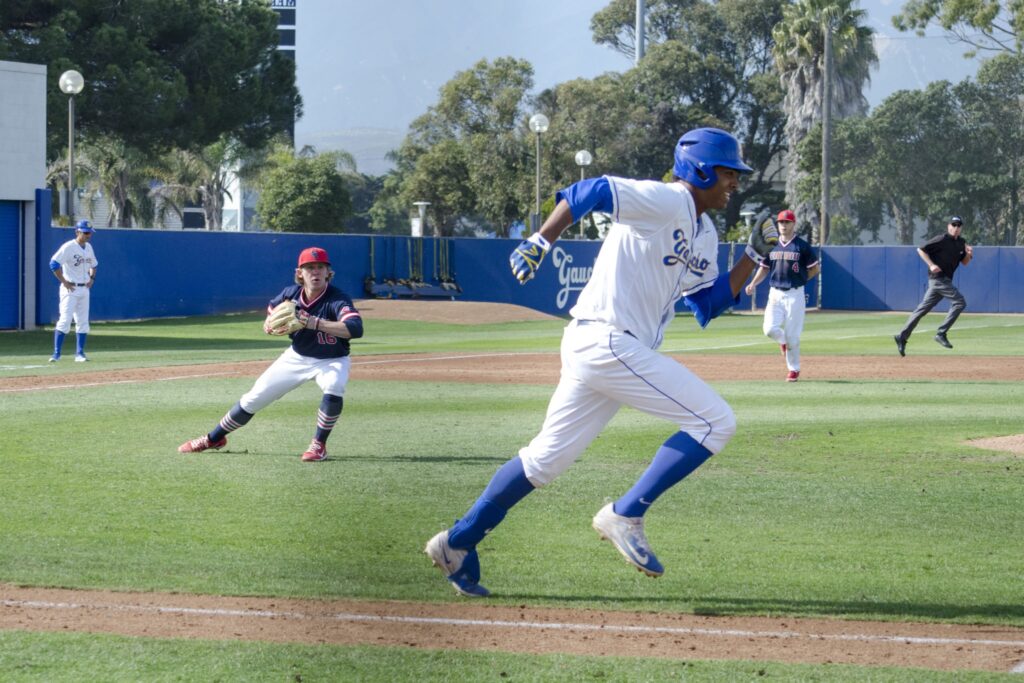 The UCSB Baseball team was defeated seven runs to three in the opener of their three-game series against Cal State Northridge at Matador Field.

The Gauchos are now 2-10 on the road further illustrating their frailty away from Caesar Uyesaka Stadium where they are 9-6. Furthermore, they now have an elevated loss streak of four games for a complete record of 11-16, including a 1-3 Big West record, as they continue to deviate from the goal of a winning overall record.

The Matadors now improve to 15-16 on the campaign and are just one win away from reaching the .500 mark. They additionally improved to an even 2-2 conference record.

On the opposing side of the mound, CSUN redshirt junior RHP Tei Vanderford (2.83 ERA, 4-3) faced the same amount of batters over eight innings pitched, but only permitted six of the Gauchos seven hits for the day, which amassed to three runs warranting the Matadors the win.

After two scoreless frames from Davis and three from Vanderford, Northridge blew the game open with a four-run third inning kicked off by center fielder Justin Toerner who roped a double to left center driving in redshirt junior second baseman Alvaro Rubalcaba.

Toerner advanced to third on a single from redshirt junior first baseman Kevin Riley and scored on a wild pitch. The junior would continue to have a great day as he finished 3 for 4 with one RBI.

Riley then made it home when junior DH Albee Weiss sent a double to left, and Weiss followed right behind him on a single from junior third baseman Nolan Bumstead for a total of four runs by the bottom of the third for CSUN.

Despite scoring two runs, Santa Barbara missed on an opportunity, that would not come for the remainder of the game, to take complete control of the contest as it had runners on the corners with no outs before the sac flies mustered the two runs.

Davis retired Northridge in the bottom of the fourth to hold the score 4-2, but his arm would not hold up for long as CSUN extended its lead to make a close two-run game turn into a five-run deficit for UCSB by the start of the sixth inning.

Those three runs were accumulated in conjunction with a double from Riley and a two-run HR from Weiss. These two sluggers and fellow teammates are tied for first in Big West conference HRs and are first and second place in the RBI leaders with the former in second place and the latter in first.

The offense from both dugouts quieted down considerably in the sixth inning all the way through the eighth, with only one single coming from each side.

In the Gauchos last attempts to tie the game or get ahead, they managed to put one more run on the board in the top of the ninth for a final score of 7-3.

Although things seem to be looking in favor of Northridge at this point, the Gauchos can still turn this series around and take it with victories on Saturday and Sunday that could, hopefully for their sake, generate a win-streak moving forward.

The 2017 season is swiftly accelerating closer to Regionals with each and every game, so if UCSB wants another appearance in the NCAA tournament come June, they are going to need to start competing much more exceptionally than they have been, preferably to their fans as soon as possible.