As most of the ocean is unexplored, it is difficult to determine actual populations of species that inhabit the ocean; however, it is known that most species are part of the oceanic ecosystem and losing them comes with serious implications.

One such species that plays an important role in transporting and distributing nutrients in the oceans are blue whales. Unfortunately, due to ship strikes — collisions between whales and large ships — the whale population is declining.

In an effort to reduce the amount of ship strikes per year, the Benioff Ocean Initiative, a collaboration between leaders in marine science, technology and the ocean community, has selected whale conservation as the first project it will research.

The Benioff Ocean Initiative was founded in 2016 with an initial budget of $10 million from Marc and Lynne Benioff, the CEO and chairman of Salesforce, an American cloud computing company.

The experimental enterprise aims to combine university researchers, students and global ocean communities to identify problems and solve them with emerging technologies.

“The money we have is about $1.5 million per problem to deal with the researching and solution and the implementation of building whatever the thing is that we come up with,” said Douglas McCauley, director of the Benioff Ocean Initiative and assistant professor in the Ecology, Evolution and Marine Biology department at UCSB. “The timeline is essentially as fast as we possibly can, but it’s hopefully a problem that’s solvable within several years.”

Ships like the one above pose a major threat to a variety of whale soecies. In the California coast, blue whales are the most susceptible to colliding with a ship. /Courtesy of sanctuaries.noaa.gov

According to McCauley, whale conservation came to the top of the list of issues people wanted to see solved. A variety of whale species are involved in ship strikes, but the Benioff Ocean Initiative decided to focus their attention on the blue whale.

“It’s a pretty spectacular species. It’s a really ecologically important species and it’s a special species. It’s the largest animal that’s ever lived on the planet,” said McCauley. “It’s bigger than the dinosaurs and has a heart the size of a small car and you could swim through some of the arteries. It’s a unique species and not something you want to end up as roadkill.”

The team at the Benioff Ocean Initiative went through proposals that were submitted and decided whale conservation is a problem to which marine science and technology can be applied in order to make a real difference for the oceans. McCauley also notes this issue is one that meets the scope for the amount of time and money they have.

“In science we know that whales are important to ecosystems. Some whales are really important ecosystem engineers; they’ll actually change the morphology of the ocean. For example, whales up in Alaska will change the morphology of the seabed by feeding on it,” said McCauley. “Whales can move nutrients around in different ways: eat in one place and transport and effectively poop it out in another place. Some of the nutrients they move around are limiting and are really important to the biochemistry of the oceans.” 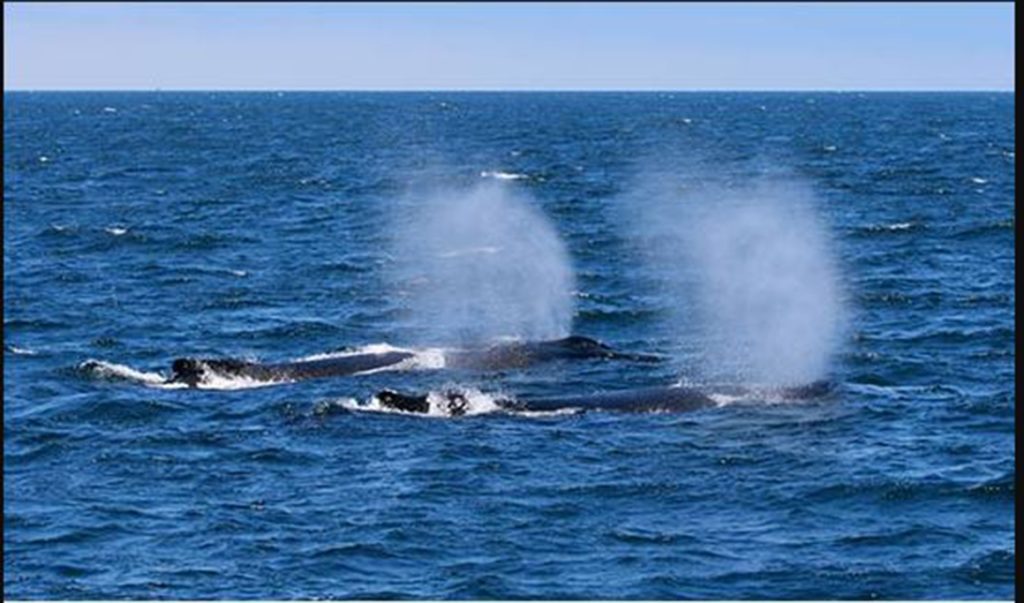 As a major component in the oceanic ecosystem, whales’ absence could have detrimental results to other marin life. However, McCauley says it is difficult to predict immediate results given the size of the oceans. /Courtesy of discover-santa-barbara.com

Ship strikes are cited as a top source of mortality for a variety of at-risk whale species and believed to be a major obstacle in preventing their population recovery.

The west coast of the United States is home to blue whales, which use it as feeding grounds. They seasonally aggregate there during the summer months. This makes blue whales a species of particular concern with regard to ship strikes.

According to McCauley, obtaining an actual number of whales and determining how much the population is declining is difficult due to the fact that whaling and hunting was happening in the 1600s, 1700s and 1800s, which was before records of the ocean’s biology were kept.

Now that a particular problem was chosen, McCauley says the next step is to the gather best, smartest and most thoughtful scientists and ocean technologists to help fix the problem.

“Crowd source campaign one was about finding the problem; we got that and it’s going to be whales and roadkill of whales. Problem two is going to be the next grassroots campaign,” said McCauley. “We created an invitation that said OK, who in the global community works on whales, who thinks they have the best solution? Send us your best ideas. That’s open until April 30 and then the whole team will go through those proposals and try to figure out where we see a solution.”

With this proposal, the team at the Benioff Ocean Initiative hopes that whatever solution they can invent or find will be replicable enough that it can be implemented locally and globally.

Additionally, through the proposal submissions McCauley says it is interesting and fun to hear what people have to say about ocean health and what marine scientists should be working on rather than coming up with a problem to solve themselves.

“I thought there were some amazing ideas and ideas I didn’t even think were problems so I think the process for me was really constructive in seeing how valuable it is to open conservations between scientists, academia and people that interact with things that we study in this case the oceans,” said McCauley. “We’re doing marine science because we want to learn more about the oceans; we want to keep them healthy. There’s a lot of people that use the oceans, that love the oceans, that are in the oceans, that are eating from the oceans — fishing, surfing, whatever — so they have their own views of what problems in ocean health are so it’s fun to not just help people but to listen to them.”