The Daily Nexus
Science & Tech
Cooperation May Lead to Coral Reef Improvement
April 6, 2017 at 11:33 am by Aimee Miller

The coral reefs in West Maui are considered to be some of the most vital reefs in United States waters. Not only are they ecologically significant due to their richness in biodiversity, but they are also of great economic importance, as they attract loads of tourists, divers and fishermen every year.

Sadly, these essential reefs have been facing a variety of different threats and stressors, ranging from overfishing to sediment runoff, that have resulted in coral reef mortality.

To take a closer look at the West Maui reefs and work toward generating a viable solution, UC Santa Barbara’s National Center for Ecological Analysis and Synthesis (NCEAS) senior fellows Carrie Kappel and Kim Selkoe collaborated with researchers from institutions around the world under a larger program called the Ocean Tipping Points project.

The vision of this project is to identify and understand ocean tipping points, such as when there are small changes in ocean conditions that lead to extensive changes in the health of the ecosystem. The reefs of West Maui are one example of these case studies.

As part of the project, researchers have examined and analyzed thousands of reefs in Hawaiian waters to get a better idea of the range of natural variability on these reefs and where human impacts are interfering with the natural condition of the reefs. The goal of their analysis was to try to understand what the drivers of change are and which reefs might be teetering on the brink of a tipping point.

Some of these reefs are present on the west coast of Maui, where the landscape has been recognized as fairly erosive due to the young soil and heavy rainfall that carries sediment runoff into near shore waters. 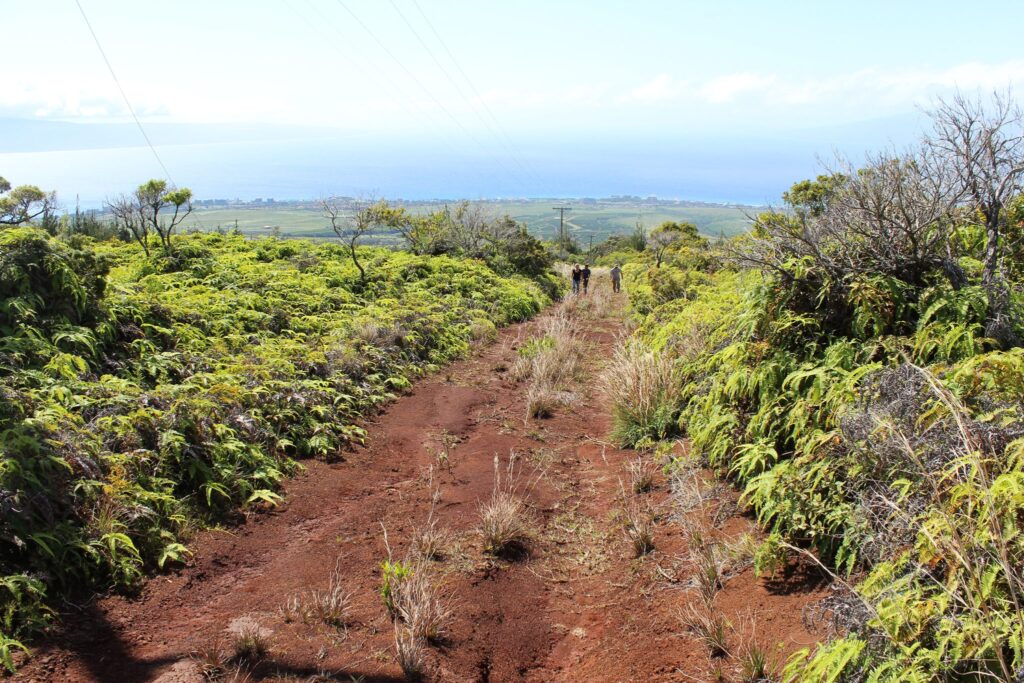 Between 2000 and 2015, coral cover on West Maui’s northern reefs declined from 30 percent to 10 percent. Researchers like Kappel and Selkoe believe that sediment is the cause of further deterioration of the reefs. /Courtesy of Kirsten Olsen

In the past decade or so, a notable shift away from agriculture has occurred; huge pineapple plantations used to flourish across the state, but now, these plantations are mostly retired, so the grounds have been lying dormant and uncultivated.

As a result, agricultural roads and fields that were used in the past are no longer being maintained. When natural storm events occur, large amounts of sediment and soil wash off the landscape and are carried to the reefs.

“When sediment makes its way out onto the reef, the fine particles are suspended in the water and they can settle on the corals and inhibit their ability to photosynthesize by clogging up their natural coating,” Kappel said.

In an effort to alleviate some of these pressures on the reefs, the researchers partnered with the West Maui Ridge to Reef Initiative, which is a coalition of local groups who are working to restore the watersheds of West Maui and protect the reefs.

The project works on watershed planning and making decisions about how to spend limited resources to tackle the various threats to the reefs from the landside. To help with these decisions, the researchers strove to build a model to analyze tradeoffs associated with various management alternatives.

“In this case, we were looking at fixing roads and rather than thinking about a whole road; we divided every road up into little fragments based on land ownership and topography of the watershed,” Kappel said. “Then we developed some economic information about costs for each segment of road based on its length, depth and other criteria. All of that was developed through conversations with the watershed managers.”

Selkoe led the next step of the research, which was to develop a model of how sediment actually erodes the landscape. This proved to be a difficult task.

“There are these general models of sediment erosion available that lots of people have been using, but they don’t transfer well to Hawaii because of the unique topography, heavy rainfall and the types of soil that they have,” Kappel said. “Kim had to do a lot of work to adapt the universal soil loss equations that are used in a typical sediment erosion model to work for Hawaii.”

These modifications to the models of sediment erosion were done by ground-trooping the models and walking the streets to make sure the equations were accurately predicting the levels of sediment loss for different sections of the watershed.

All of these factors were combined to generate a comprehensive analysis: the maps of the roads divided up into segments, cost per segment and the sediment model to predict amount of sediment produced by each segment.

Finally, the tradeoff analysis was added into the model, which was essentially an optimization algorithm that analyzed possible combinations of how to get the maximum sediment reduction through fixing road segments for the least cost.

“It will basically give you a ranking of all the road segments and say this is the one you should fix first, and then second and then third. So you can then come up with different scenarios if you have a target of how much sediment you want to be reduce,” Kappel said. “You want to pick the road segments that are going to give you the biggest bang for your buck.”

The last piece of analysis in their research involved recognizing the scope of different landowners across this landscape, ranging from private to state to county, and how landowner cooperation factors into maximizing sediment reduction in the most cost-efficient way. 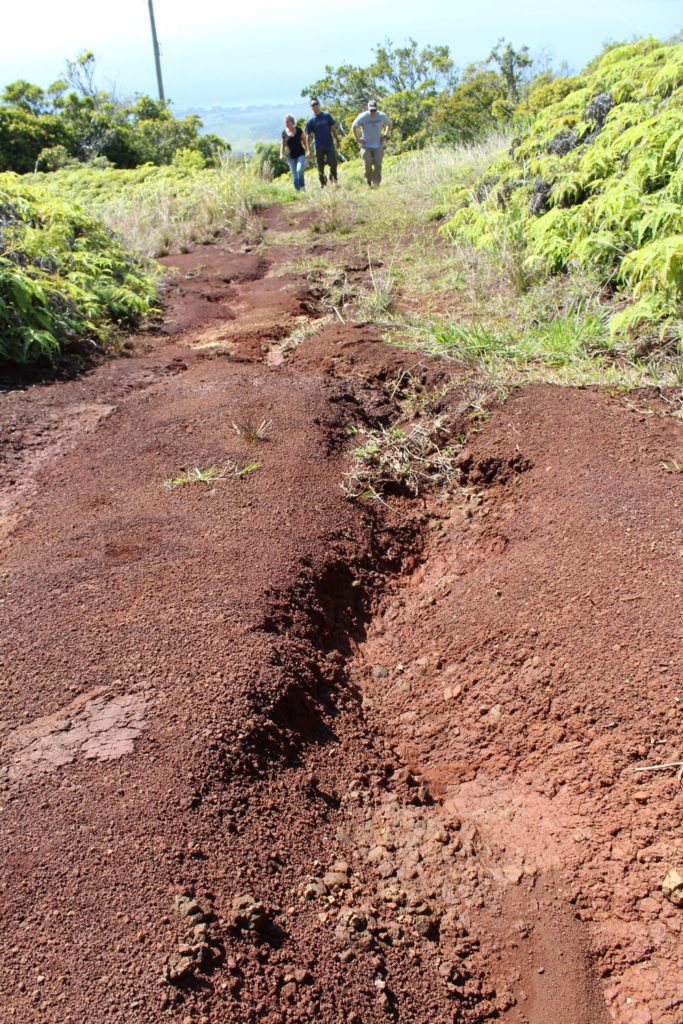 Through their research, Kappel and Seljkoe found that cooperation between landowners would reduce sediment runoffs that lead to the reefs. /Courtesy of Kirsten Olsen

“What we found is if you’re being cost-effective and you can pick the road segments to fix regardless of who owns them, then you’ll get the best scenario,” Kappel said. “Without that cooperation, if you have to stay within one group of landowners, then it’s going to cost more to get the same amount of sediment reduction or you might not even be able to achieve as much.”

The researchers concluded that the optimal solutions are achieved when focusing on sediment reduced per dollar through the lens of cost-efficiency and then obtaining cooperation across all landowners.

Thus far, their results have been used to help motivate people to work together and cooperate to tackle these issues at some of the hot spots of sediment erosion. In addition, their models and conclusions have been influential in the management planning process for watershed groundwork.

“We’re continuing to partner with our collaborators to build on this analysis and look at some of the other management options, since fixing road segments is just one way to reduce sediment runoff,” Kappel said. “This work is simply one piece of the larger case study that is looking at the full suite of different human and environmental drivers that affect the reefs of Hawaii.”