An Associated Students (A.S.) Publications staff member passed away in his home on March 20. 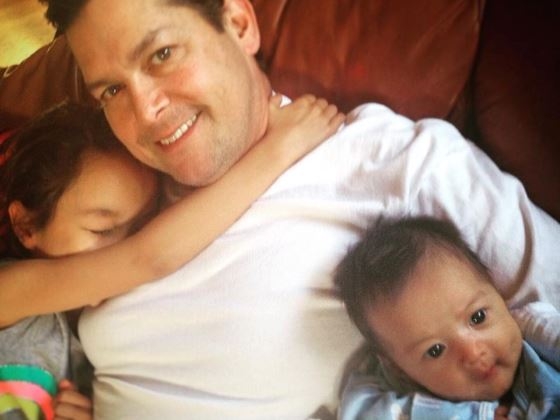 David B. Miller, 46, had worked at UC Santa Barbara as assistant publications coordinator for five years, during which he compiled and printed readers for UCSB courses.

A.S. Executive Director Marisela Marquez, who supervises all of Associated Students, said, Miller was “certainly a beloved member of A.S.”

Miller’s coworkers describe him as a dependable person who always got the job done. Marquez said Miller always followed through with his commitments.

“One of my fondest memories of David is really being able to always be certain that whatever he committed to, he was going to have — he would follow through,” she said. “He was very, very true to his word.”

Marquez said she enjoyed visiting Miller in his office because he would have photographs of his family, and anyone who knew him would know he loved spending time with them. Miller had a wife and two young children.

Marquez said Miller enjoyed working with students at A.S. and had previously worked at Grafikart, a photocopying business in what is now the A.S. Pardall Center.

A.S. President Austin Hechler said he fondly remembers Miller as a person who got things done.

“He wasn’t just there to do his job, he was there to make sure that everyone excelled at their job as well,” Hechler said. “Whenever I came into A.S. Publications, he’d shake my hand with a firm handshake, always smiling, always laughing.”

Hechler said he remembers working with Miller on his initiative to make college textbooks more affordable.

“All-around, genuinely a good man. Someone you would hope to emulate if you were an incoming A.S. staffer,” Hechler said. “They should emulate him, how he talked to students, how he treated those people around them and really just his general attitude toward helping students with things.”

Hechler said A.S. is considering honoring Miller by naming a scholarship or a part of the A.S. building after him.

“I do know that there are talks within Senate to introduce a resolution or do something in his honor, so maybe name the Publications building after him or the room after him or maybe a scholarship after him, for whatever he was passionate about,” he said. “Definitely something that we could do within A.S. to solidify his memory and what he did and the service that he provided for all the student body.”

Miller’s friends have set up a memorial fund on the crowdfunding site YouCaring. In lieu of flowers, the friends ask that people consider donating to the fund in support of Miller’s wife and two children.

Students who are in need of mental health support can contact Counseling and Psychological Services (C.A.P.S.) at caps.sa.ucsb.edu or (805) 893-4411.

Here is a link to the YouCaring.com site to help this family.
Thank you to the A.S. and incredible people that worked with David.
https://www.youcaring.com/hanamiller-785280

Mental health support bit at the bottom? So it was a suicide? Tragic

It was natural causes and completely unexpected. This man wouldn’t have chosen to leave.
The mental health portion was likely included by the author for students that might need aid in their time of grief for this amazing man.