The UCSB men’s basketball team has a new face to help lead the program back into prosperity.

Arizona’s Associate Head Coach Joe Pasternack will hold his introductory press conference Tuesday at 2 p.m. in the Lynn and Winnie Reitnouer Auditorium in the Intercollegiate Athletics (ICA) Building on campus to officially take the reins of Gauchos basketball. 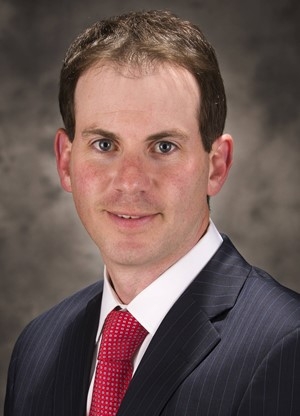 Pasternack, 39, will be leaving the Wildcats about six years after joining the staff in 2011. This will be the New Orleans, La. native’s second chance at running a Division I program after serving as the head coach for the New Orleans Privateers from 2007-10 and amassing a record of 38-54.

From 2011-2016, Pasternack was a part of a great Arizona staff that helped the program achieve a record of 174-42 and advancing to the Sweet 16 four times in those six years, including, this season.

The hiring of Pasternack comes after the Gauchos’ decision to not renew Bob Williams’s contract after he coached the UCSB basketball team for 19 seasons. Williams is the winningest coach in UCSB history after compiling an overall record of 313-260 over his tenure and making three NCAA Tournament appearances.

Pasternack was a big candidate for other Division I coaching vacancies, including Cal — where he served as assistant coach from 2000-07 — and for a job at UNC Wilmington, a team that is coming off a very successful 29-6 season and nearly upset a strong Virginia team in the NCAA tournament, but ultimately he decided to become the next coach in Santa Barbara.

Despite having big shoes to fill, Pasternack definitely seems like a worthy candidate to replace Williams. The Indiana University graduate is “known as a dogged recruiter who helped pull in many of UA’s California and international players,” according to Tucson.com.

In his six seasons spent at the University of Arizona, he helped land the Wildcats a top-10 recruiting class, including a top-five recruiting class in four of those six years. In September of last year, ESPN ranked him as the 12th best recruiter in college basketball after helping land the No. 1 prospect,DeAndre Ayton.

Pasternack is also known to have many international contacts to help with recruiting, which could be put to great use in the rebuilding of a UCSB program that is coming off its worst season in decades after finishing 6-22 and missing the Big West Tournament for the first time since 1998.

Pasternack will be introduced at 2 p.m. on Tuesday at the ICA building. The press conference will be open to the public.