For someone who usually has a lot to say, Donald Trump has been uncharacteristically quiet about the recent Jewish Community Center (JCC) bomb threats and Jewish cemetery vandalisms that have occurred in the United States and Canada since he assumed office. According to the Washington Post, 121 JCCs have received bomb threats since January. On top of that, Jewish cemeteries in Philadelphia, St. Louis and New York were recently vandalized. 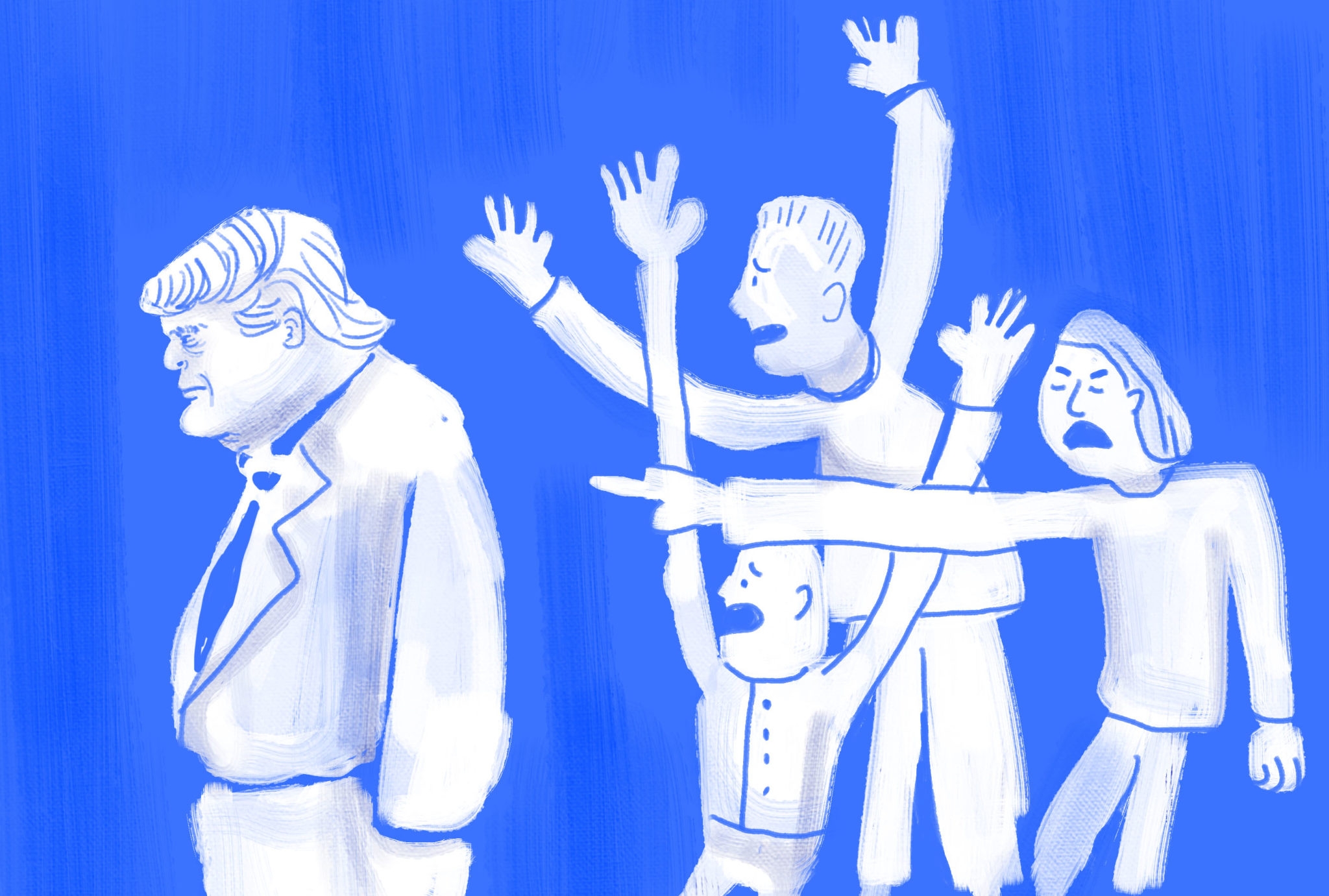 Nearly two months after the first bomb threats were made, Trump finally spoke out denouncing hate crimes against the Jewish people. That was on February 21, 2017. Since then, the number of threats has more than doubled. Trump spoke again last week. However, instead of proposing some kind of action be taken, the President questioned the validity of the anti-Semitic threats and anti-Semitism in general. He suggested that the threats and hate crimes were committed by his opponents in an effort to make his supporters look bad.

“In the face of pressure from the entire U.S. Senate, I wonder what Trump will do; I wonder if he will act or continue to disregard the severity of the issue and continue to stand by as the American Jewish population, made up of more than 5.3 million people, is threatened.”

Juan Thompson, a previous writer for The Intercept, was arrested on Friday, March 3, for threatening eight or more JCCs. Thompson is a self-described anti-Trump Communist. He is also the only person who has been arrested so far for the 121 JCC bomb threats that have been received.

We may not know who is behind the majority of the threats and acts of vandalism, but what has led Trump to insinuate that the Democrats are committing these crimes? This claim is especially appalling since the only man arrested under allegations of threatening JCCs considers himself a Communist. If the Democrats were behind this, then why did the bomb threats and cases of vandalism begin once the Trump administration took office? Not to mention, these suggestions are flat out insulting to the threatened community. Bomb threats are not a trivial matter. People’s lives are at stake. Families and children attend JCCs; most of the centers even have elementary and middle schools.

Donald Trump’s daughter Ivanka Trump converted to Judaism and her husband, Trump’s son-in-law, is a practicing Orthodox Jew. The issue of threats targeting the North American Jewish community should be hitting close to home, but it doesn’t seem to be. It even took Ivanka more than a month to publically speak out about the issue, and when she did, she merely posted on Twitter. The allotted 140 characters are not enough to capture the severity of these bomb threats. Even Trump’s two statements do not do the issue justice, especially since one of them suggested they the threats are a hoax. The issue needs to be taken seriously. Action needs to be taken and I feel that it is the responsibility of the president of the United States to initiate such action.

Apparently, I am not alone in thinking that the president needs to take action against these anti-Semitic hate crimes. On Tuesday, March 7, all 100 senators asked Trump to take action against the numerous bomb threats and hate crimes. In the face of pressure from the entire U.S. Senate, I wonder what Trump will do; I wonder if he will act or continue to disregard the severity of the issue and continue to stand by as the American Jewish population, made up of more than 5.3 million people, is threatened.

Ultimately, I believe this will be a defining moment in Trump’s presidency and even his life. The recent anti-Semitic hate crimes are affecting a significant portion of the American population and as president, it is Trump’s responsibility to take action or, at the very least, to take the issue seriously.

Madeline Ewer is waiting for Trump to speak up for the Jewish community.

He’s not silent on a lot of issues relative to national security. You are hallucinating if you think so. And nobody is buying your argument when open borders threaten the whole country not just your coreligionists (100%>2%). No special treatment for you. American Jew’s just might want to rethink their voting patterns as well – see the #2 guy in the Democrat Party now for reference.

So… Jews vote mostly Democratic and so do not deserve protection? This comment
I cannot see as other than antisemitic. And then in asserting that our national security is primarily threatened by “open borders” you reveal also racism against others in addition to Jews.

And you voted for Trump, right?

No matter what I say you will call it racist, even when it is clearly not so. And you voted for the criminal Hillary, right?

The white-right whining that they’ll be called racist… sounds like you’ve had a lot of experience in that regard. Perhaps that is because, yes, omg, you ARE a racist!

Hillary’s a criminal? LOL. The FBI is investigating Orange Boy, not Hillary. Hillary’s no more criminal than the average politician, but Trump? He’s a racist misogynist con artist… and YOU support him. ’nuff said. You’re tagged and flagged.

These acts are hoaxes, and some part of you knows this. Thinking past the sale is a great technique when the sale is plausible. But you’ve dismissed the most obvious explanation out of hand, moving directly to fear-mongering and guilt-tripping. Given that a Black leftoid was the perpetrator in the only case with a suspect, this dismissal is not sound. Will we ever find Alt-Right perpetrators? I bet not; they don’t exist in nature. Only in MSM reporting and in the tall tales of rabbis kicking over their own families’ headstones.

Anyone who has a PhD and feels the need to include it in their public (or personal) identification is pretty likely to be an insecure twit.

I include it as a shiv-twist, actually. That ‘achievement’ no longer even makes the cut for my resume because I no longer recognize the authenticity of degrees conferred by the UC. But you’re right, your remark is trivial.

What is your take on the Jewish Question?

The white-right is inherently violent and terrorist. These are the people offering apologetics for genocide, slavery, antisemitism, misogyny. They are the greatest threat to our freedom currently, and I include in that their President Orange. And just persue their various comments online if anyone thinks this isn’t a cynical nasty violent group of people.

“Thirty bucks?!? What do you need twenty bucks for?!?”

“JERUSALEM (AP) — Israeli police on Thursday arrested a 19-year-old Israeli Jewish man as the primary suspect in a string of bomb threats targeting Jewish community centers and other institutions in the U.S., marking a potential breakthrough in the case.”

And what do you think of blacks and Mexicans?

Barros, why do you bother talking to a psycho? Clearly this Martin guy has some kind of abnormal brain / severe mental problems.