After an offensive explosion in their 17-7 victory over Sonoma State, the No. 10 UCSB women’s water polo team struggled to find the back of the net on the road in their Big West opener against No. 14 UC Davis snapping their five-game winning streak.

Thursday was UCSB’s highest-scoring performance of the season with 17 goals against Sonoma State. On Saturday, the Gauchos struggled as they could only generate three goals heading into the fourth quarter. 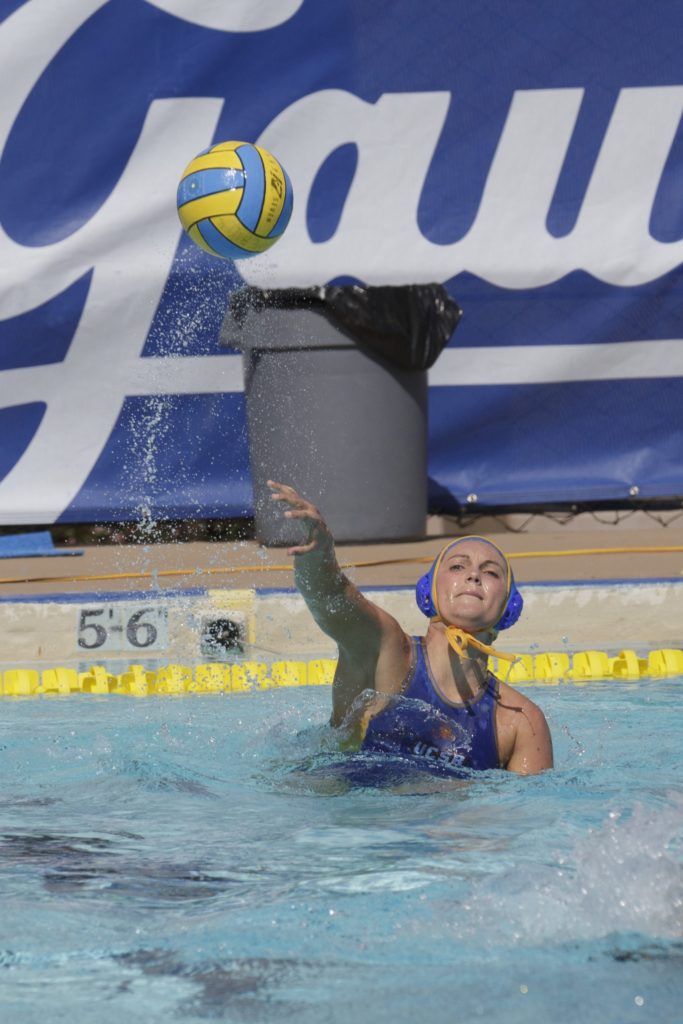 Sonoma State’s first goal came with 2:55 left in the first quarter. The quarter ended with UCSB on top 2-1.

Sonoma fought back to make it 7-4 at the halftime break as they continued to hang around.

After netting five goals in the second quarter, the Gauchos rallied with a 10-3 run to close the game, racking up seven goals in the third quarter to push it out of reach for the hosts.

Kreiser and Grosse both finished with hat tricks for UCSB, while Pipkin, Shore, senior defender Sophie Trabucco and senior utility Jenna Solberg all scored two each.

Freshman goalkeeper Kenzi Snyder finished with a game-high nine saves in the victory.

After the 17-7 victory over Sonoma State on Thursday, the Gauchos took their five-game winning streak into Davis on Saturday to face UC Davis in their Big West opener.

UCSB got off to a slow start as they found themselves down 3-0 before freshman utility Sarah Snyder scored at the 5:13 mark in the second quarter.

After the Aggies scored again in the second quarter, redshirt senior utility Miranda Schrader scored with just 22 seconds left to cut the deficit to 4-2.

In the ensuing possession, the Aggies won a power play and scored with two seconds remaining as the half ended at 5-2.

Davis starting the second half the same way as they went ahead 7-2. Shore scored the only UCSB goal in the third quarter at the 2:42 mark. The third quarter ended in favor of the hosts at 7-3.

The Gauchos scored as many in the fourth quarter as they did in the previous three-quarters combined; however, it was not enough in the end. The final score was 9-6.

It wasn’t the start to conference play that UCSB had in mind, but the young team is still poised to make this another great year.

UCSB will have multiple weeks off before heading to Hawaii at the end of the month.