The UCSB men’s volleyball team had every chance to beat Lewis in Saturday night’s nonconference match. The Gauchos were the first team to 20 points in both the third and fourth set, but both times the Flyers managed to turn the tide and win the set. 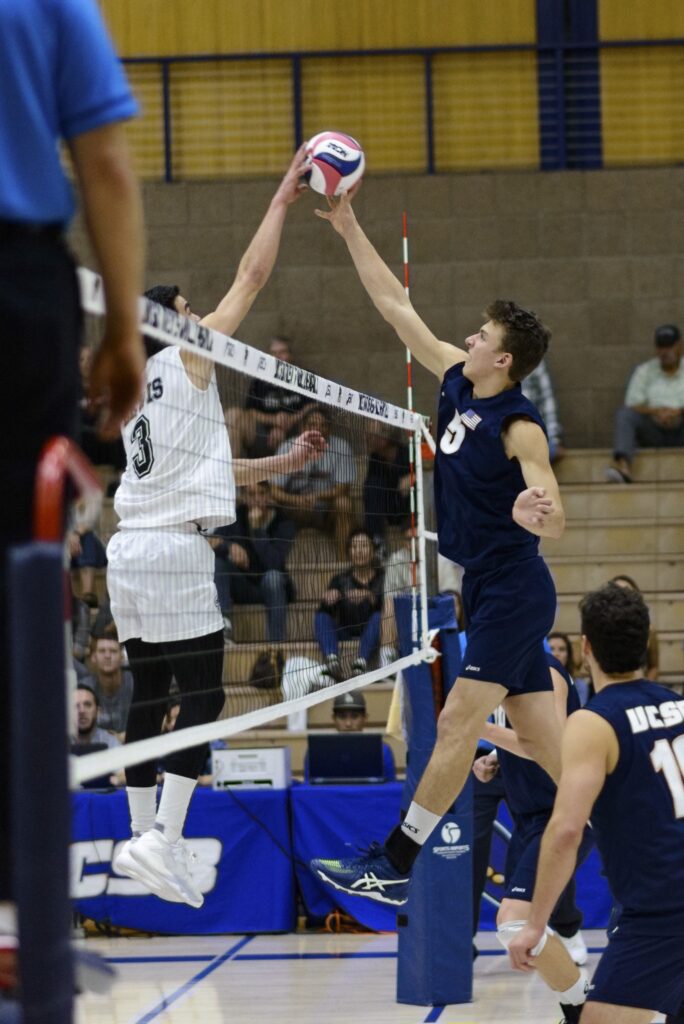 As the scores from each of Saturday night’s sets will attest, No. 5 Lewis came very close to heading back home empty handed. UCSB, now 9-11 overall and ranked 15 in the nation, held a 20-17 lead in the third set and a 20-19 lead in the second, but was unable to close the deal in either case.

Lewis rode five kills in their last eight points to the third-set comeback, which was capped off by a block by redshirt senior middle blocker Jacob Schmiegelt and sophomore setter Matt Yoshimoto. The Gauchos led 23-22 at one point, but just couldn’t find the last two crucial points to seal what would have been a major set victory.

Instead, UCSB went into set four down 2-1, needing a win to keep the match alive. A 9-3 Flyer run to open up the set seemed to put an end to any of those hopes, but the Gauchos weren’t dead yet.

Over the next 21 points, UCSB racked up 10 kills as a team and stalked Lewis relentlessly in the points column. A kill from star outside hitter Jacob Delson finally pushed the Gauchos into the lead at 17-16, and two more kills from the redshirt senior gave UCSB a 19-17 lead a few points later.

Just as they did in set three, however, the Flyers didn’t let the Gauchos get comfortable with the lead. An ace, a couple blocks and a handful of kills propelled the Flyers right back into the lead, and a Mitch Perinar kill sealed the set and the match a little later on.

UCSB’s two heartbreaking set losses came after a strong second set, which saw the Gauchos notch a match-best 16 kills as a team. In a twist of what was to come, the Flyers held a commanding late lead of 18-15 in the set, but UCSB, powered by two Casey McGarry aces, roared past Lewis late to take the set.

Freshman setter McGarry had an excellent night from the service line, as the freshman setter put up a team-high three aces Saturday night. McGarry also had 29 assists, which is the most on the team for the match.

Delson, meanwhile, seemed to be operating at full capacity after being sidelined by an ankle injury the weekend prior. The redshirt senior led the Gauchos with 22 kills and tossed in seven digs to boot. Junior outside hitter Hayden Boehle was second on the team in kills with 13, his second-best showing in that department on the season.

UCSB returns to action on Monday night against visiting Harvard. That match will take place in Rob Gym at 7 p.m.