The Daily Nexus
News
UCSB Grad Student Returns to U.S. After ‘Rollercoaster’ Travel Ban
March 9, 2017 at 11:28 am by Josh Ortiz 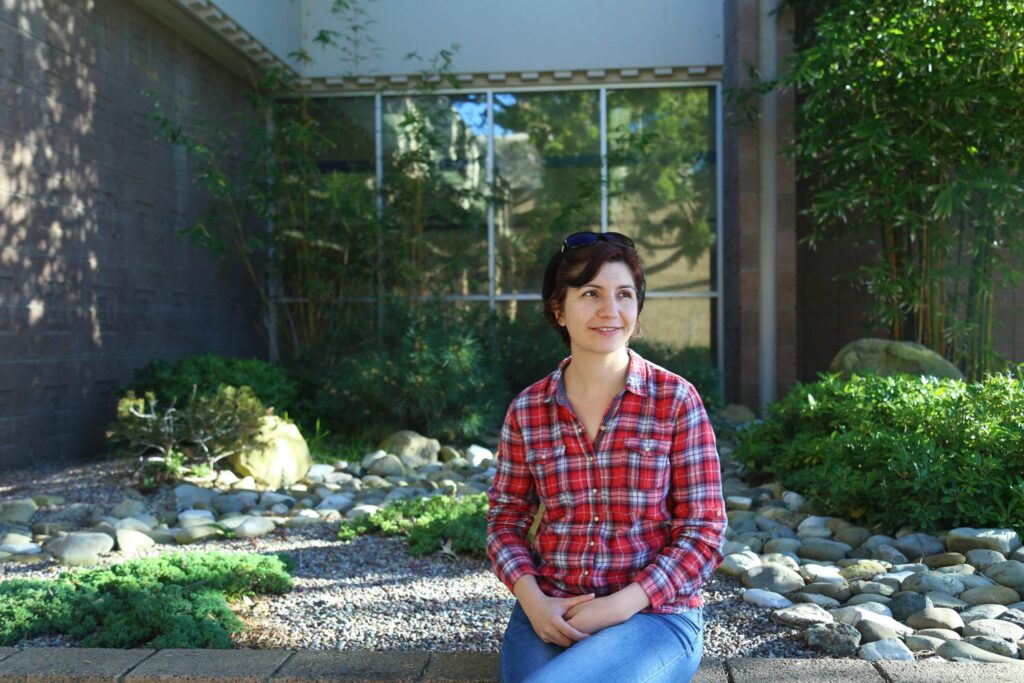 Rasekh says Trump’s latest actions lead her to believe that, for Iranian immigrants, “it’s never going to be safe” to live in the United States Jenny Luo / Daily Nexus

Maryam Rasekh sat in front of a computer in Iran on Jan. 27, rapidly refreshing her computer screen to determine whether she could return to Santa Barbara and complete a graduate degree.

President Donald Trump had issued an executive order hours earlier banning travel from seven Muslim-majority countries, including Iran. As news began spreading throughout the affected countries, Rasekh learned firsthand that she was one of three UCSB students barred from reentering the U.S.

For one month following the executive order, Rasekh remained at her home in Iran, unable to return to her studies at UCSB.

“The worst thing about it was the rollercoaster,” she told the Nexus in an interview Tuesday.

Her first instinct was to wait. She said she had heard “horror stories” of immigrants waiting in limbo at U.S. airports as Customs and Border Protection agents denied visas that many of them had waited months — or even years — to attain.

All she did was write an email to the embassy asking what had happened.

Over a week later, a federal appeals court lifted the travel ban. The U.S. embassy responded to her email saying she would receive a visa once again.

When she obtained her first visa to the United States in 2013, Rasekh had traveled on plane to Ankara, Turkey, the nearest U.S. embassy to Iran. Because Rasekh did not want to make the trip again in early February, she paid a visit to an Iranian travel agency to request they go on her behalf.

When she returned home from the agency, Rasekh looked on her computer and found another response from the U.S. embassy. The officials told her to “hold off, disregard the previous email and just wait.”

“I was still scared, [thinking] ‘will they mark it as rejected? What will they do?’” she said.

Almost another week passed by until the embassy had updated her visa status again. On Feb. 16, the U.S. embassy once again assured her the valid visa that Trump’s travel ban had denied.

The new travel ban allows entry for current U.S. visa holders and refugees who have already been granted asylum and removes travel restrictions from Iraq. Students with J visas, such as Rasekh, will be allowed entry. The ban will go into effect March 16.

“I scraped past,” she said, adding that many of her family and friends may remain unable to enter the U.S. in the months to come.

Rasekh’s return last Monday marks the third time she has made the trip to the U.S. She first came to UCSB in February 2013 to join as a researcher in the electrical engineering department.

It was during her time as a researcher that she met her boyfriend Hassan Arbabi, a fellow Iranian and researcher in the mechanical engineering department. Arbabi acted as a correspondent to the Nexus on Rasekh’s behalf when she was barred in early February.

“He was actually more stressed out than me. Even when the ban was lifted, he was like, ‘Don’t come on Monday; come on Sunday because you don’t know, maybe he’ll sign a new one,’” she said. “He was really trying to shield me from all his stress and anxiety.”

Rasekh said her sister, who studies at Boston University, was also worried for Rasekh during Trump’s travel ban. She even tried to put Rasekh in touch with Joe Kennedy, the U.S. Congressman out of Massachusetts.

“Everybody here was more stressed out than I think myself,” Rasekh said.

For the two weeks since her return, Rasekh has been continuing her research in the engineering labs. Because of her prolonged stay in Iran, Rasekh missed a conference on Feb. 21, where she was supposed to present her research, and she was unable to enroll for courses in the Winter Quarter.

“I arrived too late,” she said.

Rasekh still expects to receive her Ph.D. in April, although she is unsure whether she will stay in the U.S. after that point.

“I don’t know if U.S. still looks like a good prospect for living,” she said. “I think it’s in the back of all Iranians’ minds that maybe we should plan long-term on somewhere else.”

She said Trump’s latest actions lead her to believe that, for Iranian immigrants, “it’s never going to be safe” to live in the United States.

“And it’s not just laws. Just the general atmosphere; if it’s going to keep going toward all this tension, then it’s bad for everybody,” she said. “There’s a reason people choose the U.S. to work and live in, and this could be hurting that.”

People like this lady make me sick to my stomach. Makes me want to vomit.

Then perhaps I could recommend you a gastroenterologist? Or a perhaps cardiologist, to have that hunk of rock in your chest replaced.