The Daily Nexus
Tennis
Gauchos Looking To Break .500 Mark in Pair of Home Matches
March 9, 2017 at 5:00 am by Andrew Hernandez

A full slate of matches lies ahead of the UCSB women’s tennis squad as it will be playing three games over five days against the University of San Diego Toreros, University of Denver Pioneers and the No. 11 Pepperdine University Waves.

UCSB goes into this week’s trio of matches with a 5-6 record. 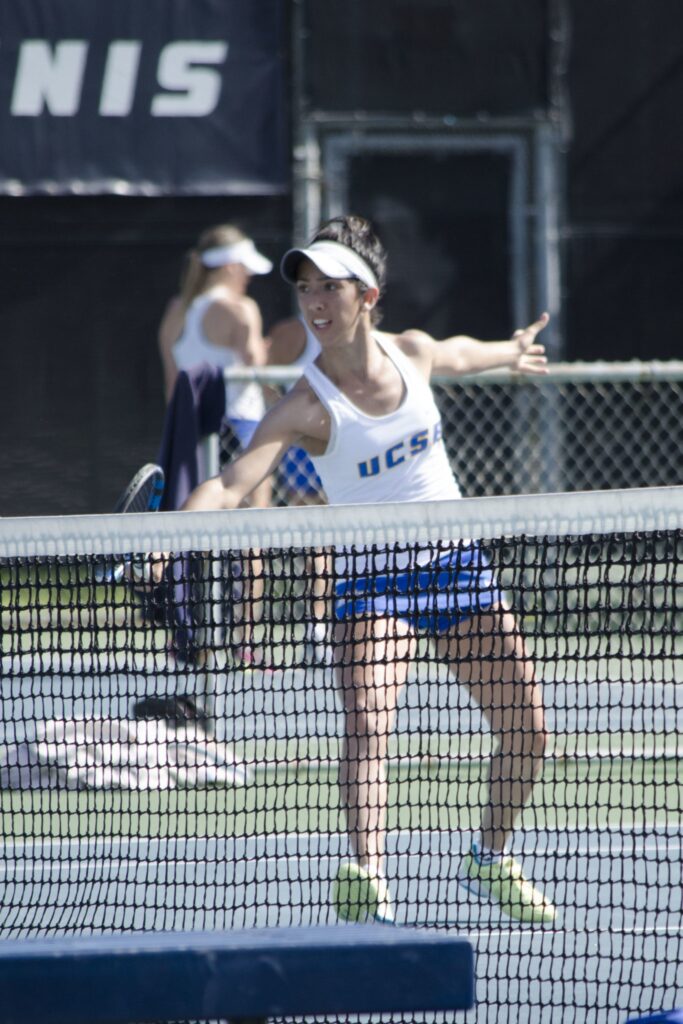 The Gauchos were victorious in the lone game they played last week against the University of New Mexico Lobos with a score of 4-0.

Despite the game being delayed due to inclement weather, Santa Barbara was able to come out with the victory, winning every match played in singles play and being able to clinch the doubles point.

San Diego performed well in its last game against Brown University, where the Toreros came away with a victory at 6-1. Doubles play was strong for USD, as they clinched the doubles point in two straight sets.

In singles play, the Toreros were able to win all of their matches except for one. The success in their most recent matches has given San Diego the opportunity to have a .500 record for the first time in over a month, since Feb. 5.

The chance to continue their winning momentum will be a strong motive for a team that is looking to pick up its first away win of the season.

Denver’s latest game against the Oregon Ducks ended in a 4-2 victory for Denver.

The Lady Pioneers pair of No. 12 junior Julia O’Loughlin and senior Maureen Slattery were victorious in that match 6-1, and the tandem will surely give the Gauchos’ own doubles pairs some trouble.

Singles play has been a strong suit for Denver as it is currently on a two-game winning streak, as the team has only dropped one decision out of 10 singles matches.

The team effort shown by the Gauchos this past weekend will be needed against a team that has shown an ability to succeed against talented rosters.

UC Santa Barbara will find itself traveling for a brief one-game road trip when they play against the No. 11 Pepperdine Waves.

The well-equipped roster of the Waves isn’t the only problem for the Gauchos, as UCSB has seen four of its six losses come from ranked opponents.

Pepperdine is the highest-ranked team the Gauchos have played against all season, and they will have to compete with some exceptional players.

The talent possessed by Pepperdine will keep the Gauchos’ hands full and will make the team work hard to earn the victory.