The Daily Nexus
Sports
Gauchos Catch a Case of Southern Blues at Kentucky
March 7, 2017 at 5:10 am by F.P. Santangelo Jr

Over the weekend, the Kentucky Wildcats (7-5) swept the Gauchos in a three-game set in Kentucky. Although the first two games of the series were close and competitive, the Gauchos were still struggling to find some offense to support their good pitching. 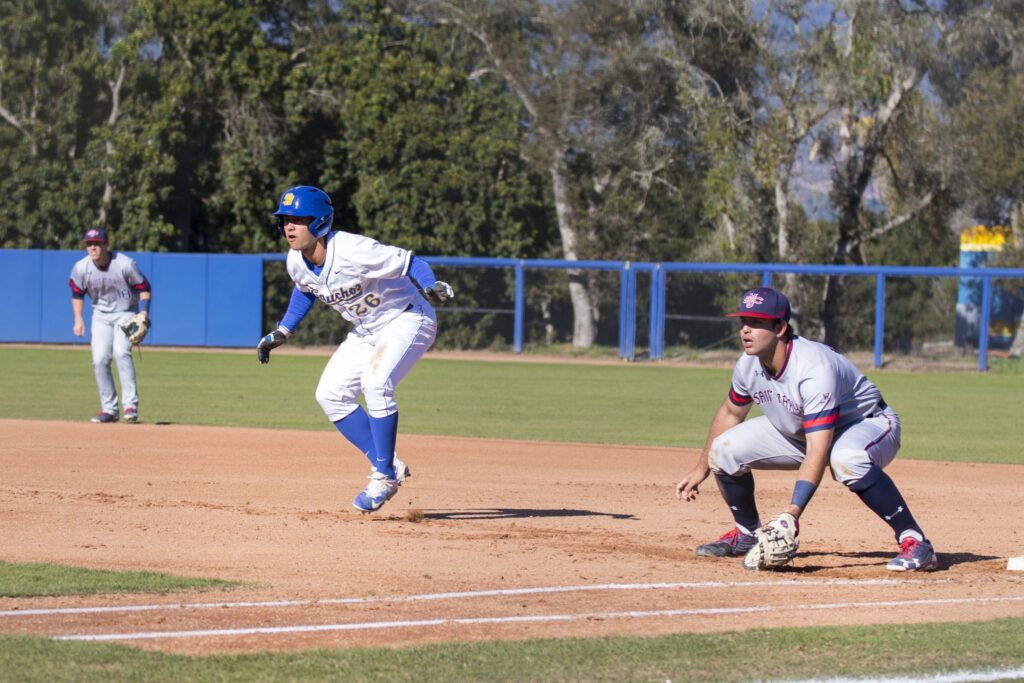 The first game of the series featured a pitchers’ duel between Gaucho ace Noah Davis (2-1) and Kentucky right-handed pitcher Sean Hjelle (1-1).  Both Davis and Hjelle threw exceptionally well for their teams.

Because of limited offense from Gaucho bats, the two runs given up by Davis was all that was needed for the Wildcats to win. The Gauchos dropped the first game of the series 2-to-1.

In game two of the series, another close battle took place. On the mound for this game for the Gauchos was lefty Kyle Nelson (2-1). Nelson, who is making the adjustment from closer to starter, went five-and-one-third innings giving up three runs off six hits.

Although pitching great through five, in the bottom of the 6th, Nelson gave up a two-run shot to Wildcat second baseman Riley Mahan that cleared the right center wall at Cliff Hagan Stadium. After giving up a double and walking one more, Nelson was taken out of the game. Joe Record and AJ Woodall came in giving only one hit combined through three scoreless innings.

On the offensive side, in true Gaucho fashion, the ‘Chos showed late life in the top of the 9th scoring two runs off a sac fly from Sam Cohen and a RBI doubles from Armani Smith down the left field line. With two outs and Smith on third (advanced on a wild pitch), Thomas Rowan, the walk-off hero in the Tulane series, went down swinging, ending the game and the late run for the ‘Chos. The score of game two would be 3-to-2.

For the final game, the ‘Chos sent out junior RHP Steven Ledesma for his first ever career college start. The hometown kid from Ventura was pitching extremely well coming into this series in a long relief spot for UCSB. Down in the Deep South, the results would be different, though.

Ledesma pitched one-and-two-thirds innings, giving up five earned runs off only two hits. After only giving up a home run to Wildcat first baseman Evan White in the first, the new starter struggled in the 2nd inning walking two, hitting one, and allowing a single that allowed two runs to score. Kevin Chandler came in for relief for Ledesma and gave up back-to-back singles allowing two more of Ledesma’s base runners to score. Even though Ledesma struggled in his first start, expect the righty to bounce back, whether starting again or back in his long relief role.

With eight different Gaucho pitchers entering the game, Johnny Wholestaff would give up a total of 12 runs (nine earned) off 13 hits.

Kentucky RHP Justin Lewis had a complete opposite outing than Ledesma. The Wildcat sophomore would throw seven perfect innings before giving up a home run to Austin Bush in the top of the eighth. With one swing of the bat, Bush would break up the perfect game, no-hitter, and shutout. In a game to forget for the Gauchos, the final score would be 12-1.

After being swept, the Gauchos extend their losing streak to four games.  Now, the Gauchos look ahead to a three-game series this upcoming weekend to face the Brigham Young University Cougars (4-6). Here the ‘Chos will look to fire up their bats again in this streaky start to the 2017 season.