Anthony “Tony” JiaQian Tsang was born in Vancouver, Canada, on May 25, 1993. He went to elementary and middle school in Hong Kong before moving to Dallas with his family, where he enrolled in Flower Mound High School. 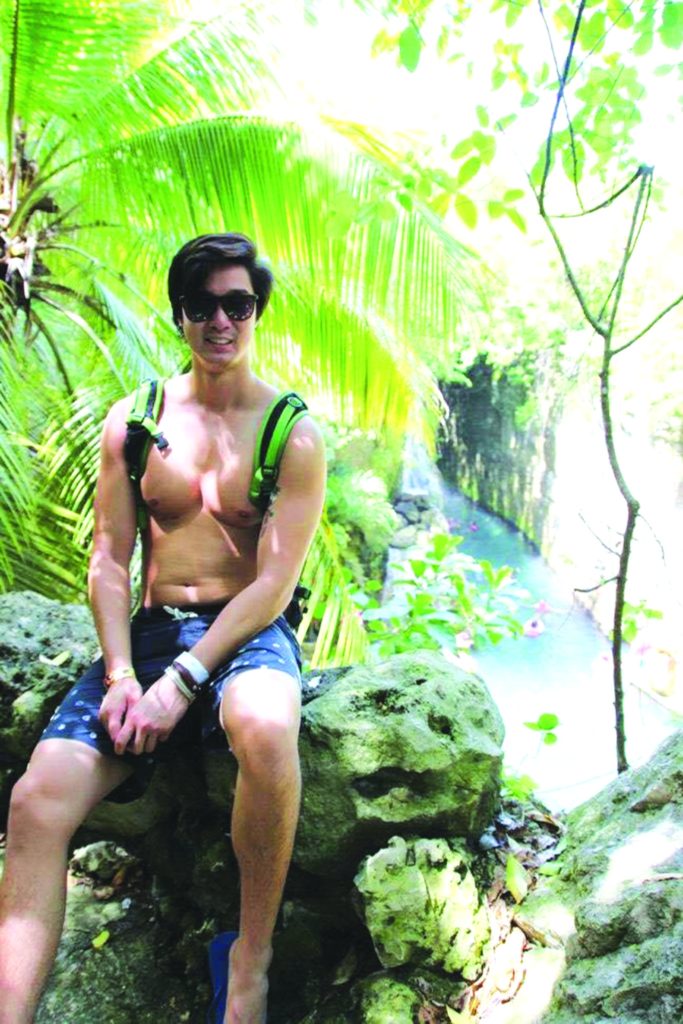 Anthony Tsang, described as mischievous yet lighthearted and giving by his loved ones, was the source of many hilarious stories and was known for his carefree, easygoing personality. Photo courtesy of Michelle Lew

Tiana Tsang, Anthony Tsang’s younger sister, said her brother did not care what others thought of him and “was his own person” who was willing to be friends with anyone.

Tiana Tsang said she never realized how generous her brother was while growing up, but as she reminisced, she realized how much he gave to her. She said Anthony Tsang saved up his allowance to buy her a stuffed animal panda that she wanted for her sixth birthday.

“He remembered that I wanted it, and he went back to buy it for me,” she said. “So it’s just like little things that I didn’t really think about at the time but now when I go back, it just really matters to me.”

Tiana Tsang also said her brother was incredibly selfless and always looking out for others.

Michelle Lew, Tony’s fiancée, said they did everything together.

“He was my best friend, the one I shared everything with,” Lew said. “Since the day we met, for two years, we only spent maybe a total of five nights apart.”

Lew said Anthony could brighten anyone’s day and was able to connect with those around him through his diverse interests and cheerful personality.

“He was really, for lack of a better word, goofy. He was always messing around, always the silly one, trying to make people laugh,” Lew said.

Lew and Anthony Tsang lived in Santa Barbara together after meeting on Tinder in San Jose two years ago. They owned two Jack-Russell-Chihuahua mixes and enjoyed going to Arroyo Burro Beach together with their dogs.

“The big thing that stuck out was how we met, because we actually met on Tinder. So that was a one-in-a-million thing,” Lew said. “The first thing that he messaged me was a pick up line, which was: ‘I’m looking for my next wife on Tinder.’”

Lew said a year after they met, they were engaged and planned to marry after they finished college.

“Everything just fit together by random chance,” Lew said.

In high school, Anthony Tsang was on the cross country team with his friend, Jonathan Wyatt. The two were friends all throughout high school.

Wyatt described Anthony Tsang as “curious and mischievous … but also extremely charismatic and caring for other people.”

“It was quite an interesting combination … but it honestly made him a really fun person, and I enjoyed spending a lot of time with him,” Wyatt said.

Wyatt said even though the scheme was his idea, Anthony Tsang took most of the blame after they were caught.

“It was the most ridiculous thing ever, so funny,” Wyatt said. “And Tony was like, man, this always happens to me.” It was great, and honestly I’d give anything just to relive those days again.”

Wyatt said Anthony Tsang’s other friends would describe him as “someone you could count on, no matter what it was.”

“I think the fact that we could always count on him really was like one of the bigger takeaways from his personality because no matter what situation you were in … he wasn’t really one to judge people,” Wyatt said.

Wyatt also said he admired Anthony Tsang’s adventurous personality, which made a “huge impact” on his own high school experience.

“He never really had a stop button. It was always go go go,” Wyatt said. “It was very different from how most people live their life, I feel.”

Tiana Tsang said her brother wanted to be a U.S. ambassador to Mexico because he “really loved it.”

He traveled to Mexico on vacation multiple times with Lew, and Anthony Tsang said he loved how “nice” and “chill” everyone was there.

According to Lew, Anthony Tsang was a “big beer enthusiast,” which she said might have contributed to his love of Mexico.

“He liked … just how everyone is so easygoing,” Lew said. “He liked just sitting on the beach and going in the ocean. He liked how friendly everyone was, just something about Mexico’s culture … he was comfortable there.”

Lew and her fiancé traveled to Canada, Las Vegas and Mexico together. They planned to visit Hawaii and backpack through Europe.

Anthony Tsang enjoyed listening to EDM, country and indie rock music and was a Dallas basketball and football fan. He liked to draw and snowboard and loved cars, especially Porsches.

“A couple weeks ago, we went to Porsche, and he was super excited because he got to test drive one,” Lew said. “We went back two days later for me to test drive cars, but then he test drove it again.”

“He always wanted to experience life as much as possible, and I know it sounds really cheesy, but that’s honestly just the kind of person he was,” Tiana Tsang said. “And one thing that I really say is that, like, he really lived more life in his 23 years than some people do in their whole entire lives.”

A version of this story appeared on p.3 of the Thursday, March 2, 2017, print edition of the Daily Nexus.