Typically, the thought of deliberately destroying brain cells is often associated with a negative event, but not in the case of the microHammer.

Part of the federal Brain Research through Advancing Innovative Neurotechnologies (B.R.A.I.N.) Initiative and funded by the National Science Foundation, the study’s emphasis is to understand how mechanical forces affect neural stem cells as well as other types of brain cells at a cellular level. These signals are critical as they determine cell differentiation, are responsible for beginning wound healing in healthy tissues, and are misregulated in diseases including cancer.

While mechanical forces are known to impact cells, scientists have yet to learn the specifics of how individual cells react to them. A major limitation had been the inability to reliably apply pressure or impact on them.

That’s where the μHammer, or microHammer, a microscale machine that applies controlled forces to individual cells, comes into play.

“With the microHammer, we expect to gain fundamentally new insight into the causes and progress of brain injuries due to trauma,” Megan Valentine, associate professor of mechanical engineering at UC Santa Barbara and associate director of the California NanoSystems Institute, said.

Along with UCSB researchers Kimberly Foster, Adele Doyle, research student Luke Patterson, and industrial partner Owl Biomedical, Valentine will use the microHammer on individual neural progenitors, or stem cells in the brain. Eventually, they hope to test the microHammer on neurons and neural tissue. 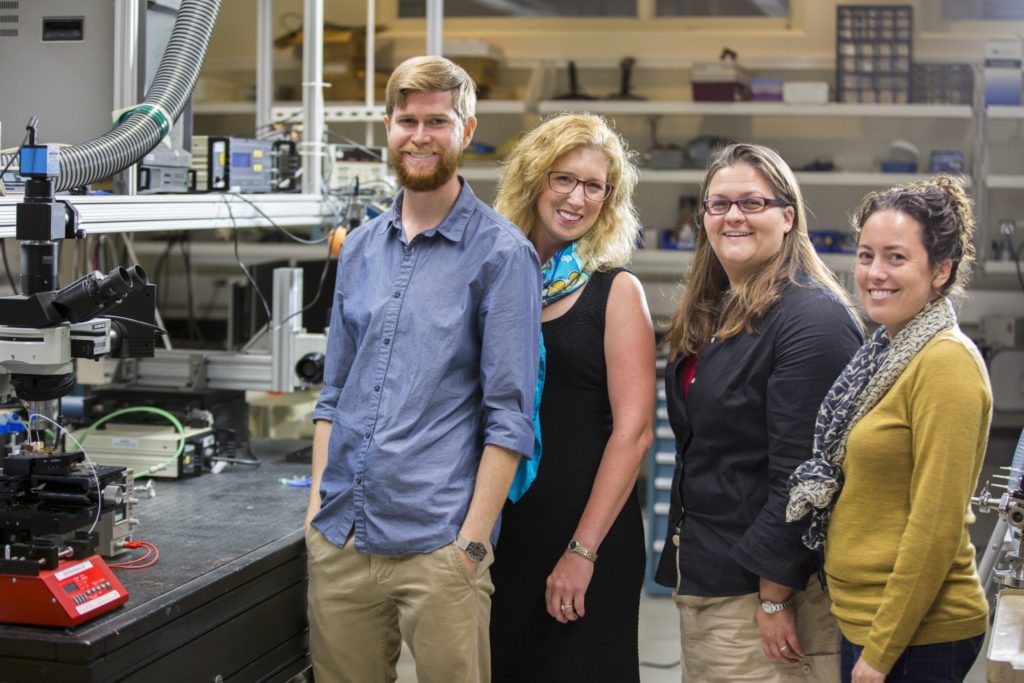 “Our method will allow us to study the role of force and impact on large numbers of individual cells with extremely high precision, and [it] will allow us to track the cell-level changes over time.  No other technology has this capability,” said Valentine.

Able to produce significantly higher forces and faster impact cycles than could be exerted by previous technology, the microHammer will help the researchers to better understand the effects of blast-type trauma and other rapid, high-energy injuries to the brain.

“The microHammer allows us to study the physical, chemical and biological changes that occur when cells are subjected to mechanical loading, ranging from small perturbations to high-force, high-speed impacts,” Valentine said. “By building these tools onto microfluidic devices, we can leverage a host of on-chip diagnostics and imaging tools, and can collect the cells after testing, which enables longer term studies.” 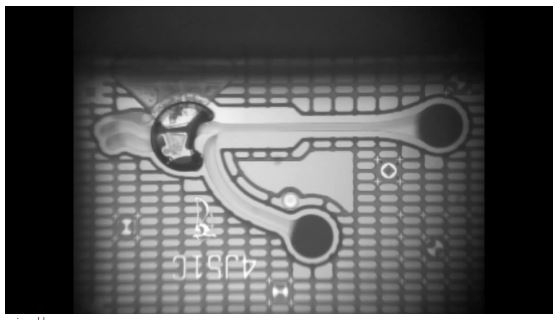 Above is the microHammer. a cellular scale machine built to strike neural progenitors to elicit a response that will be studied. It is currently undergoing characterization, where researchers are experimenting with magnitudes of forces that can be applied. / Courtesy of Valentine Lab

In addition to advancing insight into the causes and progress of trauma-produced brain injuries, said Valentine, the tools developed through the B.R.A.I.N. Initiative will have broad applications to other cell and tissue types, and potentially transform researchers’ conception of how cells process and respond to force-based signals.

Although the project is still in its infancy, the knowledge gleaned from the experiments could help develop more effective treatment methods for such conditions as Alzheimer’s disease and traumatic brain injury.

“We are currently working to fully characterize the device to understand what type, magnitude and duration of loading is possible. Preliminary measurements on mechanically-disrupted cells are underway, and we hope to start our first measurements with neural stem cells soon,” Valentine said.