Following a disappointing 11th place finish in its last tournament, the UCSB Women’s Water Polo team travels to Claremont, California for the Claremont Convergence Invitational in an effort to tidy things up before starting Big West play.

With a record of 10-6 this season, No. 9 UCSB has put together a nice season considering its young roster and the level of talent they have been facing each weekend. 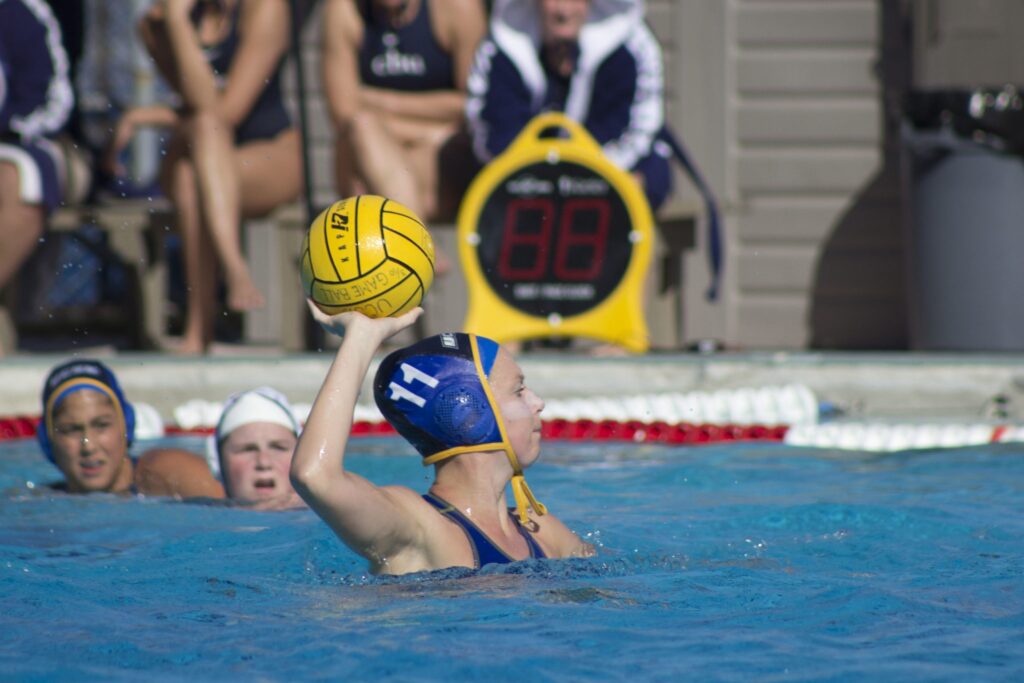 Last weekend, the Gauchos split their four games at the Barbara Kalbus Invitational hosted by UC Irvine. No. 8 Michigan defeated UCSB for the third time this season and No. 17 San Jose State squeaked out a double overtime victory which marked Santa Barbara’s first loss to a team below them within the national rankings.

UCSB is slowly approaching conference play, which is always difficult with the end of the quarter looming as well.

“Something that we talk about all the time is staying on top of studies so you don’t get overwhelmed,” Head Coach Serela Kay said. “Its unique having the season go through two quarters.”

In addition to their schoolwork, the Gauchos are still looking to improve on many aspects as a team so they can be ready for conference play and beyond.

“It’s important, no matter who we play at this point in the season, that we focus on ourself and improve in every area, starting with defense,” Kay said.

This weekend, the Gauchos will face off against a pair of Division III sides in Pomona-Pitzer and La Verne before coming back to Santa Barbara on Sunday for a home game versus Cal State Bakersfield.

La Verne will come into this event having only played two games on the year. Last year, the Leopards finished 18-6, their best record in program history, losing in the final of the Southern California Intercollegiate Athletic Conference Tournament.

Their great run last year was a big improvement considering they had only won 13 games in the previous two years combined.

Along with the players, a key to their success came from former Head Coach William Rodriguez. Last season, Rodriguez was named the SCIAC Women’s Water Polo Coach of the Year before stepping down to take a Director of Aquatics job elsewhere.

One year removed from a fantastic season, the Leopards return almost everyone with only one freshman in the mix.

La Verne’s roster is comprised of 13 juniors and seniors compared to only six for UCSB. These two teams met last year in the same event when UCSB won 21-6.

The second opponent for Santa Barbara in the Claremont Convergence will be the host Pomona-Pitzer, who the Gauchos defeated 15-5 earlier in the year at their Winter Invitational.

Pomona-Pitzer arrives with only one victory in 10 games. The Sagehens began the season with an eight-game losing streak by an average of almost nine goals per contest.

Most of the team is back from last year, including a core of four players who were the Sagehens top-four goal scorers. One of those players is junior attacker Morgan McCracken, who was selected as the SCIAC Water Polo Player of the Week after tallying her first multi-goal game of the season last week.

Looking to turn this season around, the current nucleus of players have experienced some success in recent years with at least 19 wins in four of the last five seasons.

In their most recent games, Pomona-Pitzer won 17-3 and lost 13-11. They seem to be moving in the right direction heading into this weekend.

After taking part in the Claremont Convergence, the Gauchos will travel back to UCSB for a home game versus No. 24 Cal State Bakersfield.

The 8-7 roadrunners are 6-2 in their last eight games. Last weekend, they swept their four games at the Cal Lutheran Tina Finali Invitational, winning with nearly a 14-goal average margin of victory.

However, CSU Bakersfield is 1-6 this year against top-25 ranked opponents, which could be a good sign for the Gauchos.

This will be the first home game for UCSB since their Winter Invitational over a month ago.

UCSB will play two games in the Pomona-Pitzer Haldeman Pool this Saturday, March 4, when they face La Verne at 2:15 p.m. and the hosts, Pomona-Pitzer, at 7:15 p.m. On Sunday, UCSB will play at home versus Cal State Bakersfield at noon.

A version of this story appeared on p. 6 of the Thursday, March 2, 2017, print edition of the Daily Nexus.