The Daily Nexus
News
Santa Barbara County Board of Supervisors Appoints CSD Board Member
February 28, 2017 at 8:49 pm by Josh Ortiz

The Santa Barbara County Board of Supervisors selected Tuesday its representative to sit on the Isla Vista Community Services District Board of Directors. 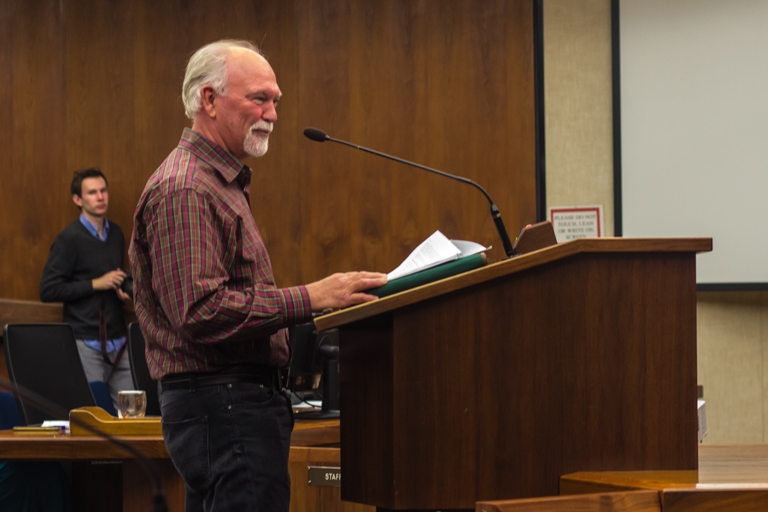 Bob Geis, the former county auditor-controller, will serve as the county appointee on the CSD board for the next two years. Geis was the only applicant for the position.

“I’ll be honest; I miss being the auditor-controller,” Geis told the Nexus after his appointment Tuesday. “I look at this as kind of fun.”

Approved through Measure E in November, the CSD is a special district that can institute community policing, manage the community center and mediate between tenants and landlords, among other services.

According to George Thurlow, the I.V. community liaison for UCSB, the university has not yet selected its CSD board representative.

Geis worked for the county for 11 years before being elected as the auditor-controller in 1990. He retired in March and has since been consulting for local special districts. Geis ran for a seat on the Goleta Water District in November but did not win.

The Isla Vista Recreation & Park District (IVRPD) and the I.V. Redevelopment Agency both operate their finances within the county’s financial system. For this reason, Geis said he has approximately 35 years of experience with finance in Isla Vista.

With one day until the official formation of the CSD, Williams said the district is off to a good start because of Geis’s appointment.

“He’s someone that would cost a few hundred thousand dollars a year if someone were to hire him because of his level of expertise, but he’s willing to donate his time,” Williams said. “We have a high degree of expertise to start with for a low degree of money.”

According to Geis, the most pressing issue in I.V. is public safety. As a CSD board member, Geis said the CSD needs to “keep doing what the community is doing.”

“I like what they’re doing, getting people to work together,” he said. “I think everybody has come to making public safety really important. The community is listening and hearing and working together to make that happen.”

Geis was not the first choice for the county appointee. According to Darcel Elliott, one of the authors of Assembly Bill 3 (AB 3), the bill originally intended for the Third District County Supervisor to serve on the CSD board.

County Counsel Mike Ghizzoni notified the Board of Supervisors in January, however, that it could be illegal for the Third District County Supervisor to serve in another office. According to California Government Code, an elected official cannot serve in an “incompatible” office.

“It’s not straight out illegal, but it’s illegal to hold two public offices at once,” Elliott told the Nexus in January. The Board of Supervisors resolved soon after to legislatively fix AB 3.

After receiving revised language from Williams’s office, Assemblymember Monique Limón introduced Assembly Bill 722 (AB 722) to the state legislature on Feb. 15. The bill proposes to add a clause to AB 3 declaring that the Santa Barbara County Supervisor is a legally compatible representative on the CSD board.

Limón said she believes AB 722 could pass the legislature by summer, but it could take longer “if it has obstacles anywhere along the pathway.” She said the amendment is necessary to strengthen the relationship between Isla Vista and the county.

“I think that if the adjustment is not made, then the County of Santa Barbara would not have the same level of involvement in the discussion that I think was really what drove the interest to build the Community Services District in Isla Vista,” she said.