The Daily Nexus
Opinion
Disproving the ‘Barbie Effect’
February 28, 2017 at 1:45 am by Komal Surani

In 1963, she was a woman who had a career, at a time when most women did not. In 1965, she was an astronaut, almost twenty years before the first American woman even made it to space. In 1973, she was a surgeon at a time when women were considered unsuited for such jobs. In 1976, she was an Olympic athlete when only 21 percent of competitors were women. In 1992, she was the President, and to this day, there has not been a woman president — except for her. In the early 1990s, she was a police officer, a firefighter and an army medic when it was still a battle for women in these careers. In 2010, she was a computer engineer, and even now, women are still a minority within this field. She has been an OB GYN, a chef, a ballerina, a film director, an architect, a news anchor, a marine corps sergeant, a veterinarian and so much more. 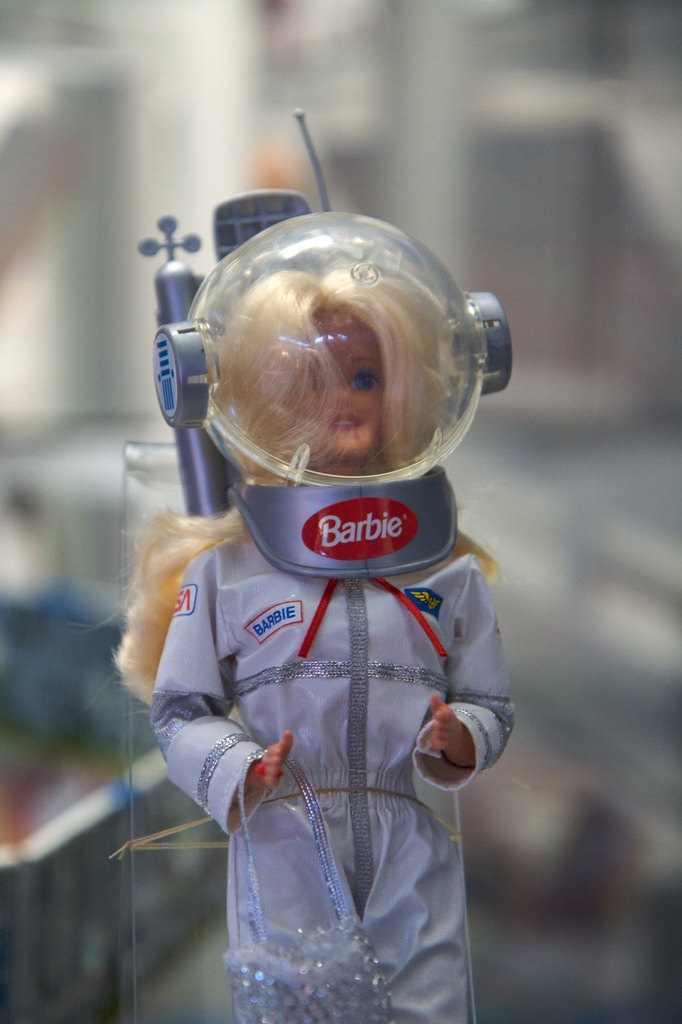 From a young age, we learned that it was acceptable to be and do anything we wanted, no matter how much it seemed like it was outside of the realm of possibility. She could to anything. We could do anything. Meet Barbie. Just like normal women, we tend to look at the size of her body rather than the size of her accomplishment, but she is amazing, and she teaches young girls that they can do anything if they just believe they can and work hard for their dreams.

They’re not thinking about the fact that Barbie won’t be able to fit all of her organs inside her skinny body unless those people who are older than this little girl are making her think about it.

Nowadays, Barbie gets a lot of shit for not having the perfect body size. People who are older and bigger find a way to turn Barbie into the length of her legs, the color of her hair, the size of her waist and everything about her that we should consider irrelevant. But just like we wouldn’t want real women to be judged by these attributes, we shouldn’t be judging Barbie by them. People like to say that Barbie is giving young girls a negative body image because she’s so perfect and they will never be. I like to say that not only is this bullshit, but also, people don’t seem to understand how young girls play with toys. A little girl is not thinking about how long Barbie’s legs are, because who cares when those are the very same feet she lands on when she’s on the moon? And who cares about the size of Barbie’s waist when the size of her presidential voice is so much more important? These attributes that we reduce Barbie down to mean nothing when you put them side-by-side with her accomplishments and her worth.

Little girls don’t care that Barbie is not a realistic representation of them when they get to be ballerinas and computer engineers and Olympic athletes. They’re not thinking about the fact that Barbie won’t be able to fit all of her organs inside her skinny body unless those people who are older than this little girl are making her think about it. Dolls don’t give kids a negative body image, people do. People push their beauty standards onto their kids, their nieces and nephews, their cousins, etc. A doll does not create negative body image, but adults use her to perpetuate their own expectations. Barbie by herself does not represent body image stereotypes. It’s all fun and games until someone older and “wiser” decides to make a doll responsible for something they’ve created in their posterity.

By this point, almost everybody knows that Barbie’s body shape is completely unrealistic when compared to a real woman. Researchers have actually gone to the trouble of measuring and proportioning Barbie in order to learn that her stomach would not be able to hold her organs. This evidence has begun a campaign against Barbie, bashing her body shape and saying that playing with a toy that doesn’t properly represent them makes little girls grow up into young women who are insecure, anorexic, bulimic and women who will do anything and everything to look like the doll they once played with. There are hundreds of studies out there which seem to prove that women with eating disorders and negative body image issues played with Barbie more than women who don’t. But this is all a very clever, creative lie that the media perpetuates in order to deflect the blame from themselves. 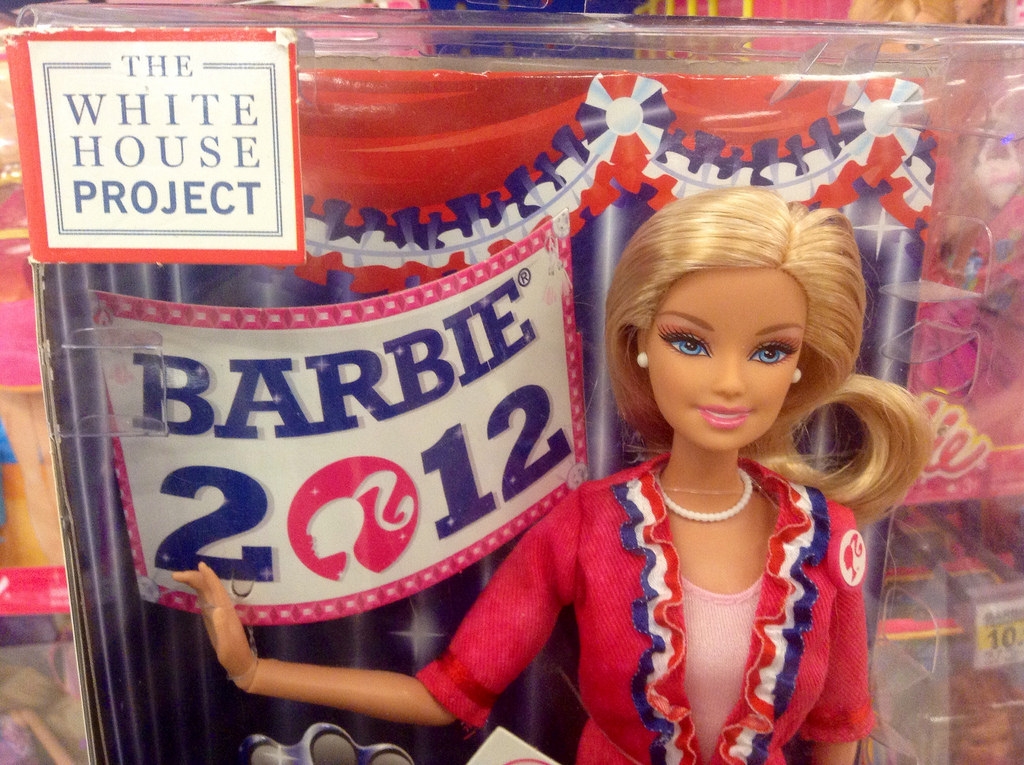 Social media platforms, magazines and celebrities all create a certain image that is projected to women all over the world. Beauty is equivalent to flat stomachs, skinny legs and symmetrical faces. Society and the media seem to conveniently forget that not all women have these things. Blaming Barbie for bad body image issues is like blaming G.I. Joe for teaching boys that they want to be soldiers. It’s ridiculous and it’s another way to deflect the blame off of greater American society. In fact, little girls don’t even notice that Barbie isn’t proportional. You know who notices that Barbie isn’t proportional? People who have decided that the simplest way to solve the societal problem of young women having negative body image is to blame a toy company. So what if Barbie’s body image is unrealistic? Have you seen the Disney princesses? The models on magazines? The women on social media? Celebrities who all look the same, with the same bodies, again and again? It’s time to stop blaming a doll and start blaming the society we’ve created — one that puts women down for not all looking, acting, breathing and being carbon copies of each other.

It’s not that I’m saying that Barbie shouldn’t be diverse in color and size. As a woman of color, I am always really happy when I see versions of myself in the media: in TV/movies, magazines, etc. As a young woman in high school — and now, in college — I started to notice that I wasn’t always represented in the media. But that’s my point. As a young child, I wasn’t looking at Barbie and thinking, “Oh I don’t like Barbie because she doesn’t have my skin color or my body type.” As a young child, I was mostly thinking, “What if Barbie was married and an astronaut and what if the spaceship was pink?” And if she got her foot chopped off by accident, it wasn’t because I was angry at her for not looking like me; it was only that she was somebody that I got to live vicariously through. I never had bad body image issues during the Barbie period of my life because my parents never made me feel like I was supposed to look like her. Since nobody told me I was supposed to look like Barbie, I never saw her as anything more than a toy.

Blaming Barbie for bad body image issues is like blaming G.I. Joe for teaching boys that they want to be soldiers. It’s ridiculous and it’s another way to deflect the blame off of greater American society.

By the time middle school rolled around, I had grown out of Barbie and into magazines, TV/movies and social media. It was at this time that I started looking at myself in the mirror and thinking maybe my stomach should be a little flatter, my boobs should be a little bigger and my thighs could use a gap between them. This had absolutely nothing to do with Barbie and everything to do with the media and the image that it creates of the “perfect” woman. And when I wondered if maybe I could be a little whiter, it was not because Barbie was white, it was because there was only one Disney princess who was brown: Jasmine. It was because out of all the shows I watched, there were few background characters that were brown, and even fewer who were Muslim. It was not Barbie’s fault, but it was the media’s for teaching me that I was a minority, that my skin color, my race, my religion were not ideal, would never be representative of perfection and that I should conform to be more like them rather than them becoming more diverse for me.

Today, our president is not the first female president, but instead, he is a misogynistic idiot who has become the most powerful man in the world. Today, we need Barbie more than ever to teach the young women of the world that we are powerful because we are women, not despite it. We need Barbie to teach young women that they can be anything, even professionals in disciplines that seem to be dominated my men. This is what Barbie taught me, and it will be what Barbie teaches millions of other girls, but only if we let her.

If we continue to blame Mattel for a problem it hasn’t created, we will never create the women who will be powerful enough to solve it. Just like women are not to be judged by the way they look, neither is Barbie. We are the ones creating bad body image, not a doll. We are the ones making Barbie responsible for a mentality the media has created, a mentality we have perpetuated again and again through our words and our actions. But we cannot go on like this. We need to stand up for the women we deserve to see in the media, but we won’t get anywhere if we waste our efforts taking down a toy company. Even if Mattel goes down, the problem will not go away. So stand up. Make a difference. The world won’t change if you don’t change the way you approach the solution. Dolls don’t create bad body image, people do.