The Daily Nexus
Tennis
UCSB’s Series of Road Matches Continue, Set To Face USF and No. 4 Cal
February 23, 2017 at 5:04 am by Richard Benites

The UCSB men’s tennis team will return to play this week, facing off against the University of San Francisco on Saturday. Then the Gauchos will head to Berkeley to face No. 4 Cal for Sunday’s meet.

Coming off an impressive doubleheader sweep a few weeks ago, the Gauchos now stand at an overall 4-1 record on the season. Their last two matchups involved a 4-3 ousting against University of the Pacific, on Feb. 11, then a near perfect 6-1 rout over Fresno State. 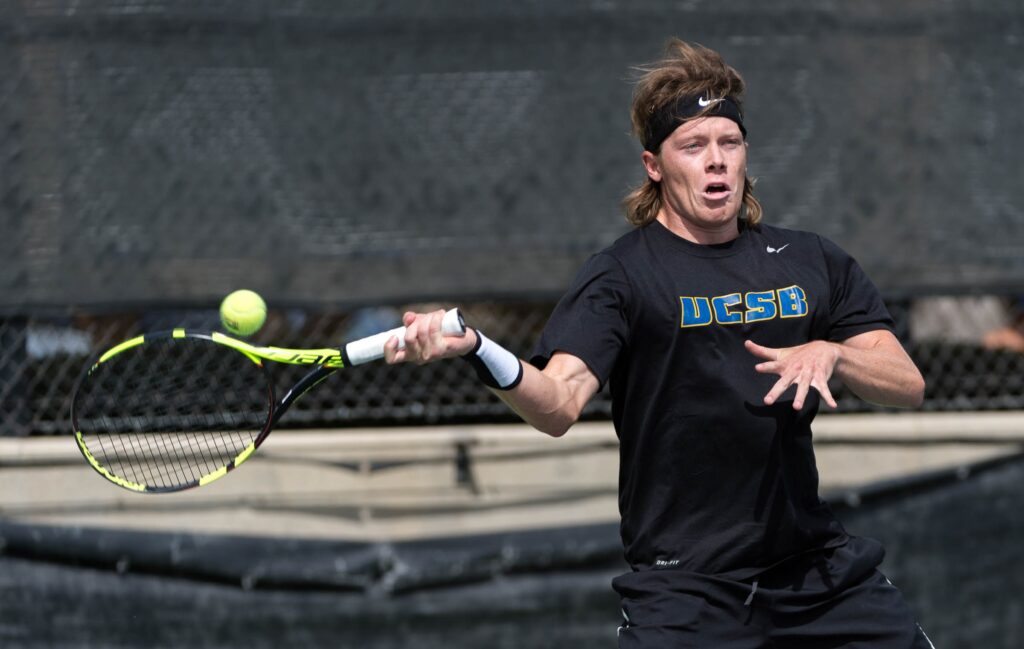 On Saturday, they will face a University of San Francisco side that is currently 2-5 on the season. As for the Cal side, the Golden Bears currently stands at a 5-1 overall record after defeating No. 7 UCLA last Sunday with a final score of 4-3.

A few details worth mentioning can be found in the duo sensation of senior Morgan Mays and junior Simon Freund, who remain undefeated throughout all doubles competitions.

Eyes should also be on sophomore Nicolas Moreno de Alboran, who was recently promoted to the No. 1 spot in UCSB singles play. He will look to build off his notable 6-2 and 6-3 performance last week. Overall, the team looks primed and ready for this doubleheader weekend.

Since January, all of UCSB’s meets have been on the road, but so far that hasn’t deterred spirits. Its first home matches are set to take place beginning in March.

The Dons are coming off a loss to BYU last Saturday, which resulted in a 2-4 final score.

It was their first meet of West Coast Conference play. They only managed to secure their points during the singles portion of the competition, thanks to junior Johan Joenhagen and freshman Mert Zincirli. The duo also participated in the No. 1 doubles match, but it was to no avail as they fell to a 3-5 match score.

Looking ahead to Sunday, the Gauchos will face perhaps their fiercest opponent yet in Cal. With regard to its victory over UCLA, the Berkeley squad began the competition by first claiming the doubles advantage point with a 6-4 finish for the No. 2 team and 6-1 for the No. 3s.

The doubles portion was ultimately the decider as the singles portion was split even. The remainder of the 4-3 point victory came due to singles victories by freshman Bjorn Hoffmann, junior J.T. Nishimura and senior Florian Lakat.

Both home sides will have much to prove come this weekend, as San Francisco will look to salvage the first half of its season with a win. Meanwhile, Berkeley will attempt to continue its display of dominance by trying to extinguish the streaking Gauchos, who have won two consecutive matches.

This weekend’s play will wrap up the final matches scheduled for February. Another clean sweep for this upcoming doubleheader will put the Gauchos at 6-1 overall, a feat that is very much possible and perfectly timed considering the following eight meets will all take place at home in Santa Barbara.

UCSB men’s tennis will travel away from home this Saturday, Feb. 25, for its 1 p.m. match against the University of San Francisco. The Gauchos will then head over to Cal for another 1 p.m. meet.