Urinary tract infections (UTIs) affect one out of two women in the United States, meaning half of all the women you know will get a UTI at some point in their life, and one in every five will suffer from recurring infections.

To combat this common health issue, a UCSB alumna and former Daily Nexus opinion editor has cofounded a women’s health company that hopes to put treatment options back into the hands of women. Her solution is Uqora, a preventative UTI drink mix that you can mix with water when you need it.

Jenna Ryan, CEO of Uqora, graduated from UCSB in 2012 with a degree in environmental studies and, unfortunately, found herself in the group of women that suffered from recurring UTIs.

Eager to prevent future infections, Ryan began to look into preventative solutions for UTIs but found that there are not many options. A physician suggested that she go on antibiotics on a continuous basis to prevent UTIs, but that advice did not sit well with Ryan or her boyfriend, Spencer Gordon, one of the creators of Uqora. 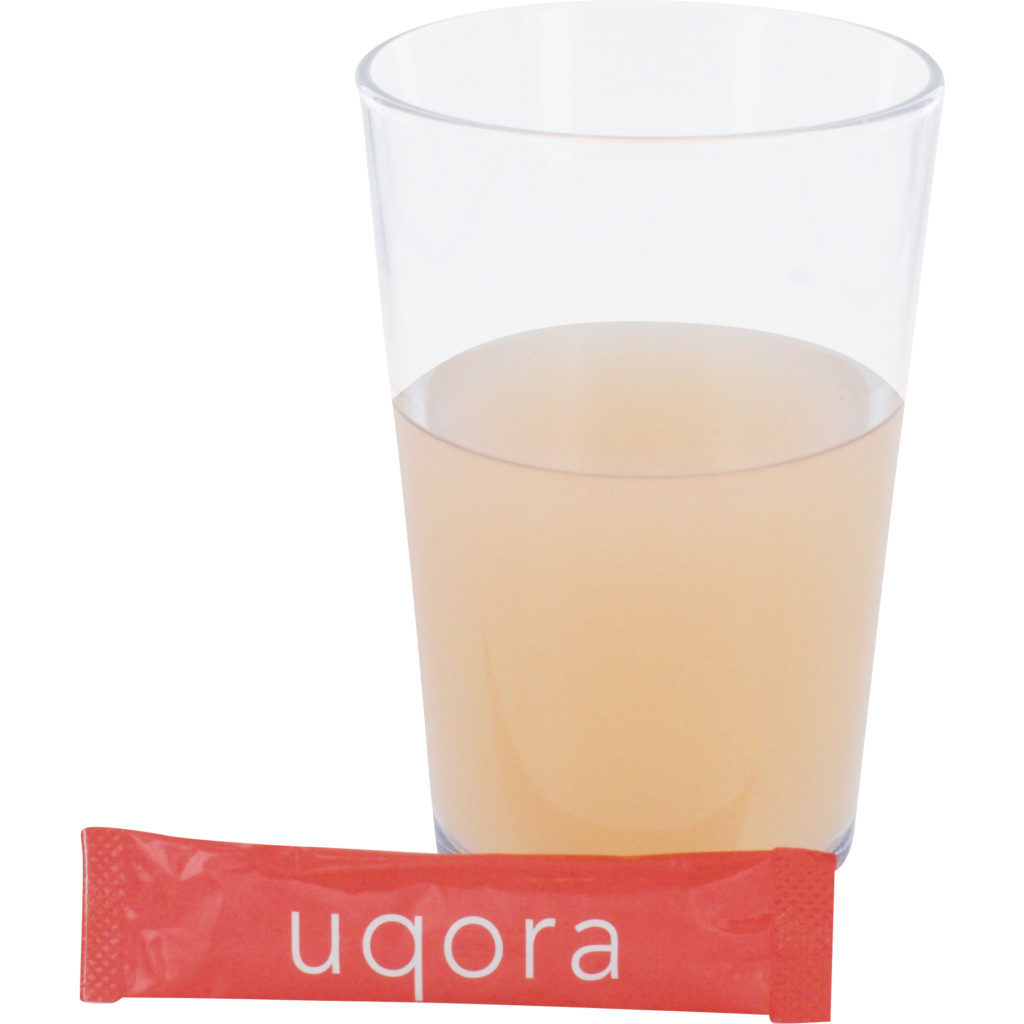 Before completing its beta stage, Uqora was described as “crystal light for vag” as it is a flavorful drink mix. As of now, there is only one flavor. / Courtesy of Jenna Ryan

Gordon graduated from UC Berkeley in 2012 with a degree in molecular biology and started to research the clinical data available for prevention, later pairing up with a few urologists to figure out a way to prevent UTIs without relying on traditional medication.

“With his scientific background as well as his experience in customer products, [Gordon] came up with a formula that’s been super effective that leverages chronicle data that shows a 75 percent improvement for those taking the ingredients that are present in Uqora,” Ryan said. “It’s worked for me, and now we have this whole population of customers that have been with us since our beta mode that have also seen positive results.”

Though the causes of UTIs vary, Uqora is specifically used to prevent UTIs that may be caused by the bacterium E. coli that had been transferred to the urinary tract from the bowel.

This transfer can be initiated through sexual activity or prolonged exercise. When E. coli enters the urinary tract, the bacterium adheres to wall of the urinary mucosa using a type of fimbrial adhesion called P fimbriae.

These P fimbriae are used by strains E. coli that colonize the urethra to specifically bind to glycoprotein receptors on urothelial cells. These glycoproteins have a mannose residue that is the binding site for the P fimbriae proteins.

The bacterium uses this adhesion process to colonize the urinary tract. E. coli strains that do not possess P fimbriae are significantly less likely to cause infection, and much higher bacterial numbers are needed.

Current treatment for a UTI caused by the gram-negative E. coli is an antibiotic regiment. There are several common antibiotics used to treat UTIs, which are typically diagnosed on symptoms alone.

Antibiotic resistance in gram-negative bacteria is of increasing concern, particularly for broad-spectrum antibiotics, which are used more and more frequently for urinary infections. For patients with recurrent UTIs, prophylactic antibiotic regiments and post-sexual activity antibiotic prophylaxis are common.

Recurrent and long-term antibiotic use risks increased bacterial resistance. In addition, antibiotic use can increase a woman’s risk of developing a yeast infection, like in Ryan’s case. As bacterial populations in the vagina are killed due to antibiotics taken to treat a UTI, vaginal yeast populations have the opportunity to proliferate.

This leads to further infection, discomfort and the need for anti-fungal medication. This is a growing problem for treating UTIs specifically, which can lead to more serious infections.

Cranberry juice is commonly referenced as a tool to reduce UTI risk. Evidence has not been established that UTI risk is reduced with cranberry juice or cranberry extract consumption. A 1,400-person study of college-aged women indicated that cranberry juice was not effective in reducing UTI risk and less effective than vitamin C alone.

The theorized mechanism of action for the efficacy of cranberry juice is a reduction in urine pH and the presence of D-mannose sugar. Cranberry juice is not acidic enough to significantly alter urine pH, and D-mannose is present is in very small concentrations in cranberries. In addition, cranberry juice is very high in sugar, and large quantities would be needed to have a positive effect, if any.

While cranberry juice is not effective in preventing UTIs, it does help with staying hydrated. However, Uqora is packed with ingredients full of vitamin B6, potassium and magnesium that improve the immune system and replenish what is lost. 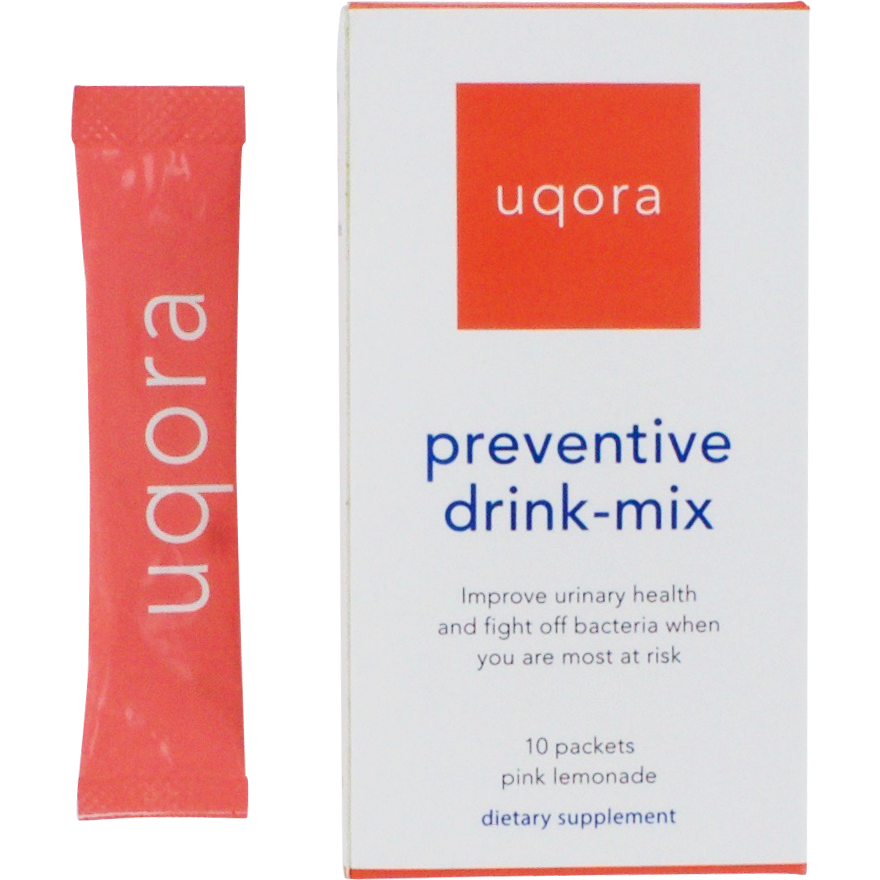 The goal of Uqora is to put treatment options back into the hands of the patient. With Uqora, a prescription is not needed and therefore a visit to the doctor is not necessary. / Courtesy of Jenna Ryan

With all the advances in modern medicine, Ryan finds it incredible that other preventative methods have not been established.

“In terms of commercial solutions, I think preventative options have severely lacked behind the magnitude of the problem, and I think a good question is: Why is this a big women’s issue? And why hasn’t it been a bigger deal?” Ryan said. “I think it could be because [UTIs] are associated with sex, and people are naturally shy about that, and I feel because it is a women’s issue it has been given less attention.”

With Uqora, Ryan hopes to destigmatize UTIs and bring more attention and accessibility to this common health issue.

A Gaucho would start this company

Sad, other than quack websites, I can’t find a single scientific paper or study to support her claims. More nonsense from the anti-science types. Nice ad, but am a little surprised the Nexus fell for it.