The Daily Nexus
Sports Blogs
The ‘Boogie-Less’ Kings Leave Sacramento With No Hope, Franchise Remains in Declining State
February 23, 2017 at 5:05 am by Spencer Ault

There’s a lot of psychological torture that comes along with being a Sacramento Kings fan.

Honestly, all the losing and despair would be enough on its own. A solid decade of losing, most of it in hopeless fashion, is enough to drive the passion out of a lot of fans. I’ve seen it happen a lot with Kings fans. 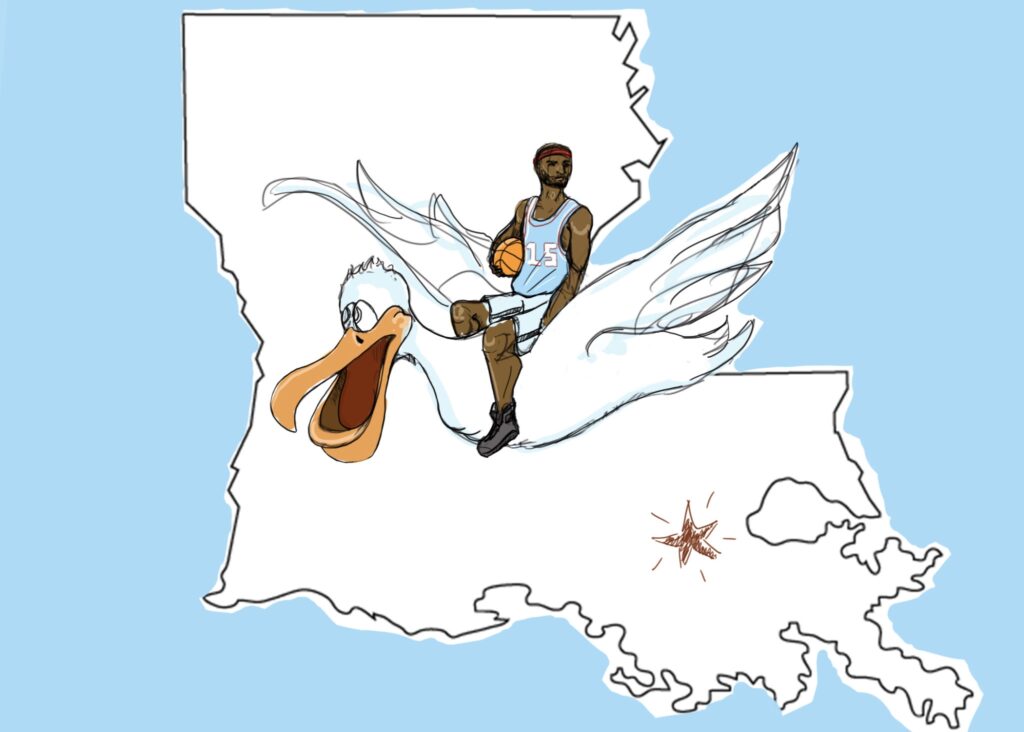 Now add to that the fact that the Golden State Warriors play just about an hour and a half away from Sacramento, close enough that my own brother can root for the Warriors without being too much of a bandwagon fan. That’s the NBA’s premier franchise just a short drive away, the feast just outside of Tantalus’ reach. That’s torture.

After all, what millionaire in his twenties wants to live in Sacramento rather than Los Angeles, San Francisco or New York?

DeMarcus Cousins did, as it turns out.

I don’t know why, exactly, but Cousins loved Sacramento. He called it his “home” over and over, and he made it very clear he wanted to retire a King. He wanted his jersey in the rafters.

The Kings finally had a star player who loved Sacramento, and they traded him away. For nothing, I should add. Really, a return of Buddy Hield, Tyreke Evans, Langston Galloway, a mid-first round pick and a second round pick for one of the greatest Kings players of all time? That’s insulting.

It would have been more surprising had the Kings’ front office managed to get a fair return for Cousins. This is a team that drafted Jimmer Fredette over Klay Thompson and Thomas Robinson over Damian Lillard. They traded Isaiah Thomas, who is currently a top-five MVP candidate, for Alex Oriakhi, who is now a Mexican club league player.

The last decade of Kings management has been a master class in sheer incompetence.

So yeah, sure, Cousins never made it to the playoffs and only won more than 30 games once. I consider it half a miracle he even did that, saddled with this front office. Cousins had approximately five halfway decent teammates during his Kings career —Thomas, Evans, Rudy Gay, Darren Collison and Jason Thompson — and never more than three at any one time. LeBron James would struggle to bring teams like Cousins’s to the playoffs.

I can’t deny the fact that Cousins was a lot — sometimes too much — to handle as a teammate and a player. He pouted, whined and fought with referees, teammates and coaches. But when you added it all up, his offensive dominance and love for Sacramento outweighed the negatives, plentiful as they were.

Cousins’s brilliance and loyalty were some of the only on-court bright spots in the last decade of Kings basketball. As long as the Kings had Cousins, Sacramento had something to hope for. He was evidence that sometimes the front office could succeed in spite of itself.

That’s gone now. In the end, not even Cousins could end the torture and escape the incompetence of the Kings. No wonder my brother chose to be a Warriors fan.