The Daily Nexus
Sports
Gauchos Hope To Take Women’s Soccer Program To Another Level With New 2017 Recruting Class
February 23, 2017 at 5:00 am by Jorge Mercado

Despite a disappointing finish to the 2016-17 season after such an amazing and historic start, the UCSB women’s soccer program has added an outstanding recruiting class comprised of 11 athletes in order to help the Gauchos build for the future and make a better run in the following years.

Last season, Santa Barbara certainly felt like it was going to have an amazing season after starting the campaign 8-0. Unfortunately for the Gauchos, they would only muster a 3-6-2 record down the stretch, including a disappointing 2-5-1 conference record to finish the year 11-6-2, as they missed the Big West tournament. 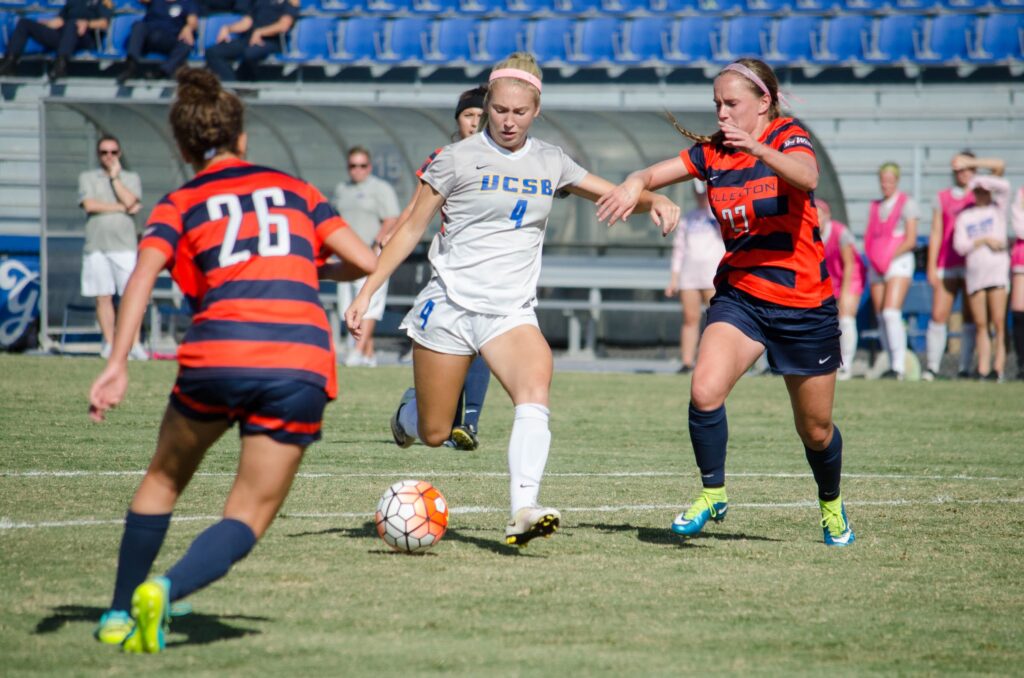 Obviously disappointed, UCSB has made great moves in the recruiting department in order to add depth at every position so they can play better down the stretch. They also recruited to help overcome injuries such as star junior forward Amanda Ball’s sprained ankle that forced her to miss the final two games of the year.

Following the departures of seniors Ana Cruz, Ashley Dean, Dakota Griggs, Cristina Polini, Savannah Francis, Kailey Hackett, Jacq Cagina and star defender Sydney Fuertes, the Gauchos were in need of filling in those positions with solid newcomers who could provide a bright future.

In particular, Fuertes’s spot will be a huge one to fill, as she was a First Team All-Big West selection as well as an All-Far West Region, while Francis and Griggs capped off their senior careers right with Honorable Mention All-Big West honors.

Having to replace talent like that, normally give Gaucho fans a lot to worry about the state of their team, but not with the freshman Santa Barbara was able to bring in.

Midfielder Celina Alvarez could prove to be a valuable asset for the Gauchos as she is a player who expects to compete for playing time right away. The Los Angeles native was in the Summer Pool, Winter Pool and Region IV Championships for four years from 2012-2015. As a member of her high school team, she was named the conference’s MVP in her sophomore campaign.

Another newcomer who hopes to see playing time during her freshman year is forward Belinda Ascencio as she helped lead her club team to a state championship. She also excelled on her high school team as well earning her conference’s MVP honors in both her freshman and sophomore years. The Calif. native scored 39 goals and had 11 assists in 20 matches during her first year. Fellow forward Courtney Chan is another offensive player to watch out for as she is another multiple letter-winner after being named a First Team All-Santa Clara Valley Athletic League selection three times.

Defensively, the Gauchos were able to add three defenders, but one who certainly sticks out is Maya Nielan, who stands at an impressive 5’9” stature, tying her for tallest on the team. The Danville, Calif. native was on the U-14 national team and currently ranks in the Top 100 on topdrawersoccer.com.

Amaya Zabalza will also look to excel on the team as she was a member of the Force squad that won the 2013 U14 National Championship. The defender has won countless championships with different teams and has received countless awards honors, including three time All-CIF CCS selection.

In total, the Gauchos were able to tally six midfielders, three defenders and two forwards, and all of them look to help the team grow and possibly bring back a conference championship back to Santa Barbara.