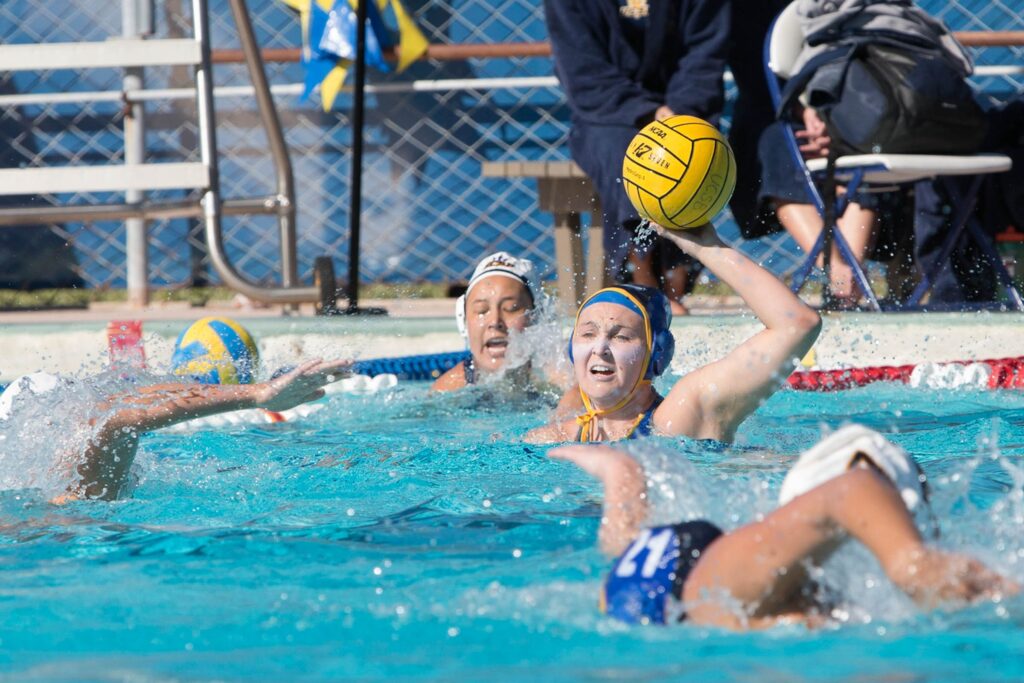 After a fifth-place finish at the Triton Invitational, the No. 9 UCSB women’s water polo team is ready for another tournament-style event as they travel south to participate in the UC Irvine Barbara Kalbus Invitational.

The UCI Invitational looks like their last tough test before Big West play as this young team continues to build this season. The Gauchos, boasting an 8-4 overall record, are faced with strong competition in this tournament that includes No. 1 Stanford, No. 8 Michigan and No. 22 Cal State Northridge.

Late in the afternoon on Friday, UCSB will face Michigan for the third time this year, hoping to finally edge out a victory against the Wolverines having lost the previous two meetings. Michigan went 2-2 at the Triton Invitational which lowered them two spots in the National rankings.

“We’ll be playing them for the third time this season in a very short amount of time, so I think it’s an opportunity to be in the top eight with that first win,” Head Coach Serela Kay said. “It’s important for us to keep our focus and be consistent the whole game.”

Last time out, the Wolverines bit the Gauchos in the first quarter when they took a 4-0 lead which led to a fairly easy 7-2 victory. Both games have been low scoring defensive battles as UCSB has only scored six goals in their two games against Michigan.

After only giving up 6.5 goals per game at the Triton Invitational, the Gauchos look primed for revenge in what should be another defensive clash.

Michigan come at you in many ways as they have five players who have scored over 17 goals this season. UCSB has two such players and has played one less game than Michigan this year.
A win against Michigan would mean the Gauchos would automatically finish in the top eight at the UCI Invitational. If they lose to Michigan and win the rest of their games, they would finish in ninth place.

Depending on the result versus Michigan, UCSB will either play Stanford or Cal State Northridge early on Saturday.

If they win, they would have a good chance of playing Stanford, the top team in the nation, who is undefeated.

The other matchup possibility would be UCSB versus CSUN. Santa Barbara beat CSUN recently at the Triton Invitational 11-6. The Gauchos controlled that game and were the better side throughout the four quarters of play.

A successful outcome at the UCI Invitational would launch this young team in the right direction as Big West play approaches. In the meantime, the Gauchos are still trying to get better every day.

“It’s midseason, so right now we’re just trying to get better at the things we have been working on, and then we’ll add to that come conference time,” Kay said. “Right now it’s still defense, counter attack and just kind of the fundamentals.”

Redshirt senior utility Miranda Schrader had surgery over the summer and was selected as one of the UCSB performance lifestyle athletes of the week for her hard work in returning to the pool.

“[Schrader] is fully cleared to play, so it’ll be nice to have her back in the water and have her fill that southpaw role,” Kay said.

Schrader’s experience and effectiveness will be needed for the Gauchos to make a run in the latter part of this season.

Another player who is essential to the team’s success is senior utility Taylor Shore, who is putting together another outstanding year leading the team in goals, assists, steals and field blocks this season.

A player like Shore who can do it all makes it a lot easier on the team as a whole. The 2016 All-Big West honorable mention knows what it takes to be successful late in the season.

UCSB will begin the UCI Invitational when they face No. 8 Michigan at 4:15 p.m. on Saturday, Feb. 25, at Corona Del Mar High School.