The Daily Nexus
News
Cliff Erosion Forces Over 20 Residents to Vacate Del Playa Property
February 22, 2017 at 10:39 pm by Phi Do 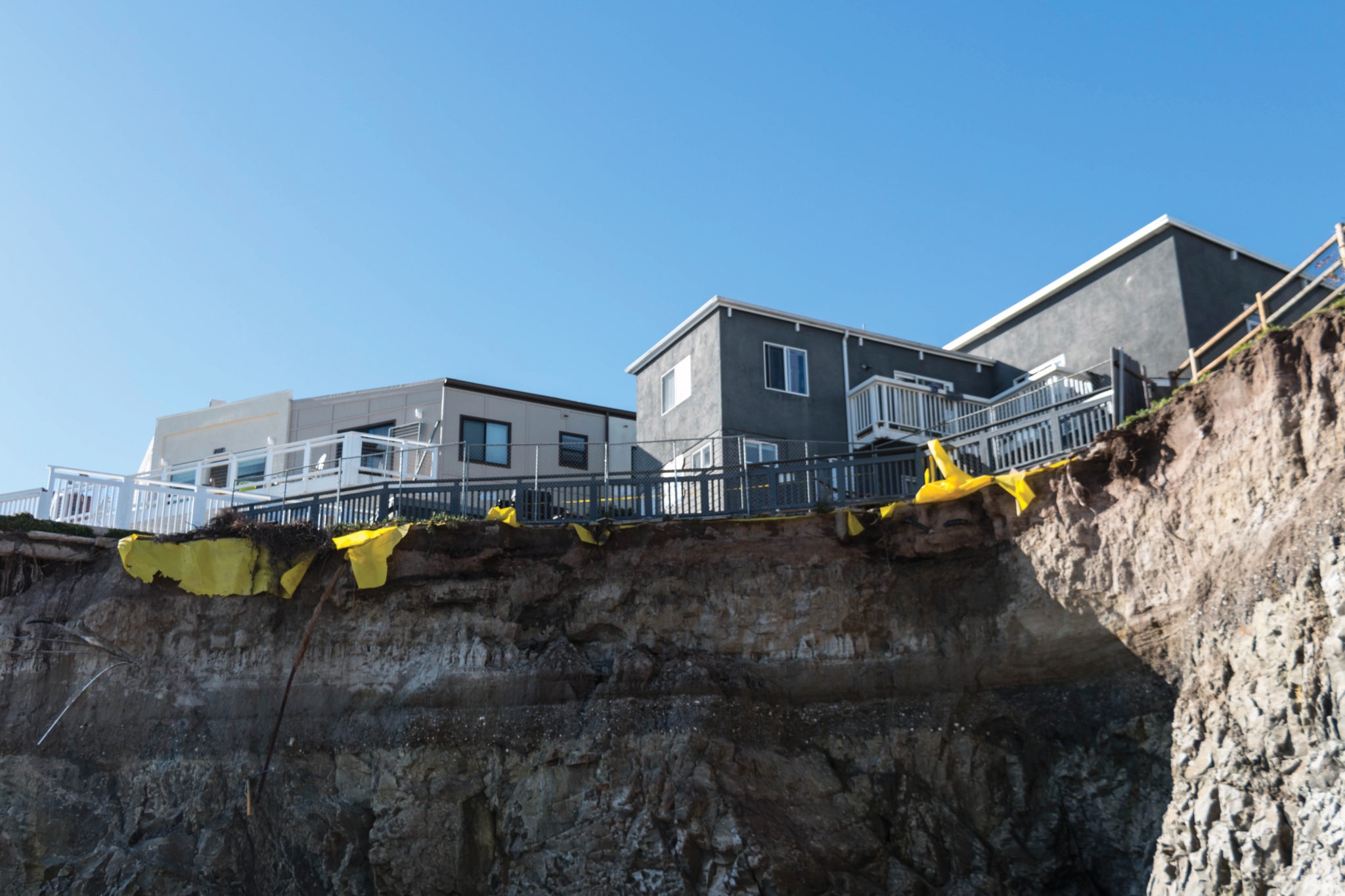 Engineers from the Planning and Development Department routinely inspect the Isla Vista cliffs after every major storm. Following a downpour of approximately five inches last weekend, a 6757 Del Playa Drive property managed by Wolfe & Associates was found to have significant cliffside erosion.

According to Gina DePinto, a county spokesperson, the building is less than five feet from the cliff edge, which, according to county policy, is the point at which the county may order residents to vacate the building.

This resulted in an order to evacuate two oceanside bedrooms in the top and bottom levels of the property. According to Chris Mercier, Wolfe & Associates property supervisor, at least three people will have to move out. On Wednesday, however, all the 21 residents living in two upper-level and lower-level units decided to vacate the building.

“I think so long as there’s some or any degree of concern for the structural instability of any part of the unit, our safety is still put in jeopardy in some degree,” Luciano Thomas, a resident of the property and a second-year art major, said at a Wednesday meeting with Wolfe & Associates at the Pardall Center.

“I know that it’s not only a concern for us, but our parents as well, to the extent that I don’t know if living there would be an option,” he said.

Mercier told the tenants at the meeting that the rental company will provide temporary storage and will reimburse them for February rent and their security deposit.

Robin Unander, a lawyer for I.V. Tenants Union (IVTU), told residents at the meeting that Wolfe & Associates is not obligated to assist residents with future housing because the rental company did not demonstrate negligence and cliff erosion was an “act of God.”

Residents at the meeting said, however, that Wolfe & Associates had been checking the property every week, had put up a fence in December and was aware that the property was in a precarious situation.

“It’s a roll of the dice that this is happening right now,” Unander said, explaining that the rental company has been checking the property for years. Because California has been experiencing a drought, she said, students have been able to live without facing dramatic erosion on oceanside Del Playa Drive.

Rather than evacuating the two bedrooms, Wolfe & Associates mistakenly notified residents from both units on Tuesday that they had to evacuate the building.

Mercier said he misunderstood the order after speaking with Massoud Abolhoda, the county’s building and safety manager.

“I don’t think [Abolhoda] understood the configuration of the property to what it is and how it exists,” Mercier said. “I think when he said units, he was talking bedrooms and I understood units as being apartments.”

The 21 residents are currently looking for new housing. Reed Zabel, a second-year political science major vacating the 10-person unit above, said the Community Housing Office is helping him find a new place to live.

“With the vacancy rate in the area, it’s really hard to find anything to accommodate all 10 people or even just find a place that’s reasonably close to campus and that we’d be interested in living in,” Zabel said. “The only options that are open are things that people have passed up, obviously.”

Lauren Hugenroth, a second-year biopsychology major, said she and other residents will stay in Tropicana Gardens for 10 days and hopes to have “some sort of arrangement” with Campus 880 property group afterward.