The Daily Nexus
Sports
UCSB Hopes To Recover From Disappointing Series at LMU, Faces CSUB on the Road
February 21, 2017 at 5:29 pm by Jorge Mercado

After dropping its first series of the new campaign by losing two of three at Loyola Marymount, the UCSB baseball team will look to rebound in a quick one-game series at Cal State Bakersfield in order to hopefully move its way back into the national rankings.

“There is going to be a sense of urgency out of the guys leading into this,” Head Coach Andrew Checketts said. “Hopefully we have better approaches offensively and defensively.”

Santa Barbara heads into their fourth road match of the season with a 1-2 overall record, a much different start than last year when it started 4-0 before losing its first game. CSUB hosts the visiting Gauchos with an identical 1-2 record after losing two of three to Utah at home. 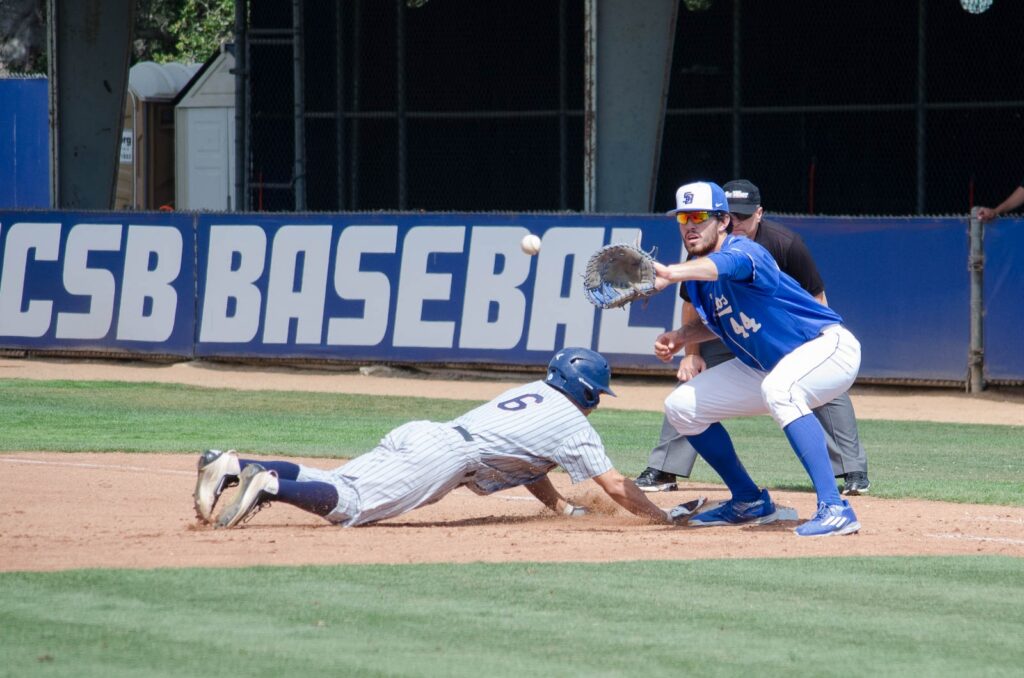 UCSB will hope to get much more offensive firepower in this quick one-game outing, as it saw a total of only eight runs scored in three games against LMU and only two runs in its final two games.

On the weekend, Santa Barbara only mustered a .161 batting average, .206 on-base percentage and a .258 slugging percentage as a team.

“Offensively, we got caught guessing a bunch, and that’s what good pitching will do to you,” Checketts said. “We have to be a bit better with two strikes and be able to stick with our plans throughout at-bats.”

The Gauchos will hope to see an outing like the one they displayed on opening day in which they scored six runs and hit two home runs.

Junior Clay Fisher was tremendous in that game, homering in his first at-bat and going 2-4 on the day with three RBIs. However, the rest of the weekend was a bit of a struggle for the shortstop, as he only went 2-7 in the final two games. He currently still leads the team in batting average (.364), RBI (3), on-base percentage (.462) and slugging percentage (.727).

UCSB will also need better outings from veterans J.J. Muno and Austin Bush. Muno, a redshirt junior, went 0-10 on the weekend but did manage two RBIs. Bush, a junior, only mustered one hit in his 11 at-bats and drove in a run, but he struck out five times.

Junior Colton Burns was a pleasant surprise on the weekend, and hopefully, he can sustain his confident play. The utility player homered in the opening game against LMU and batted a solid .273 over the weekend.

Most likely starting today for the Gauchos on the mound will be junior Chris Clements. If he plays, it would be the right-hander’s first action of the season. As a sophomore, he made seven appearances and two starts only mustering a 10.13 ERA over 13.1 innings pitched with 13 strikeouts and eight walks.

The junior will need to be on his A-game today as there are some solid hitters in the Bakersfield lineup. Senior Ryan Grotjohn batted .636 over the weekend after going 7-11 against Utah and also drove in one run.

Fellow senior Max Carter and junior Andrew Penner also had a solid opening weekend series as both earned five hits a piece and batted .455 and .417, respectively.

Despite not having named a starter, CSUB will be a tough outing for the Gauchos as they have solid arms in the pen.

Last season, the two teams split their two-game series with the road team being the victor in each outing. The Gauchos scored 10 runs in a win but only four runs in the loss.

Although it is only one game, this game certainly feels like a must-win for this Gaucho team. It is not a make or break moment, but it would be great to see this team overcome some early season adversity after the high expectations placed on them this year.