The Daily Nexus
Science & Tech
The Bigger the Predator, the Safer the Kelp
February 16, 2017 at 4:19 am by Lawrence Esbig 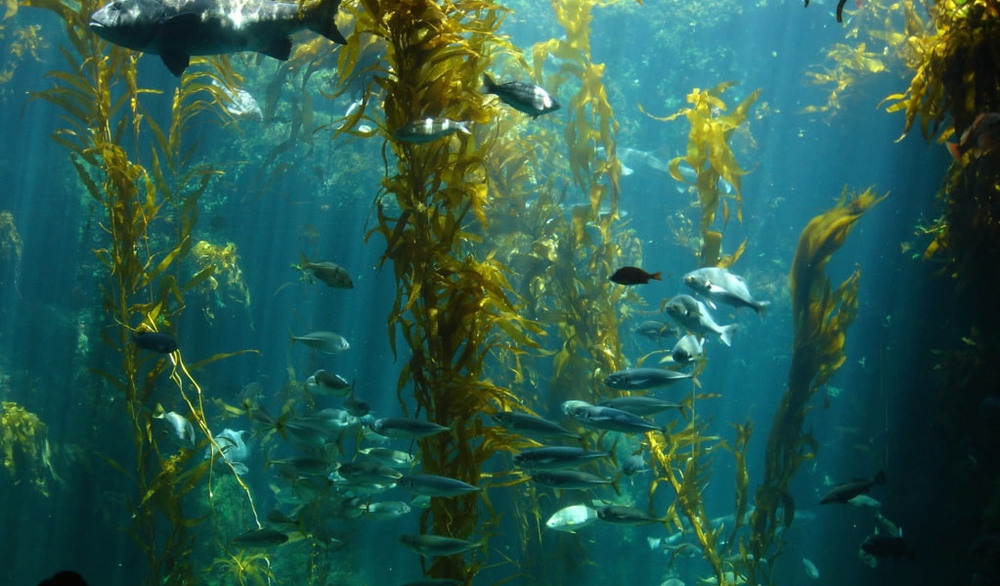 As part of the sheephead diet, kelp forests are vulnerable to overconsumption that could lead to barren marine ecosystems./Courtesy of sarc.bren.ucsb.edu

Unfortunately, due to rapid and unmitigated rise in sea urchin populations and therefore a rise in kelp consumption by the urchins (as it is part of their diet), has led to the decimation of many kelp forests, stripping them barren for years and depriving many species of the essential benefits that the kelp canopies provided.

Fortunately, researchers at the University of California, Santa Barbara, led by research professors in the Department of Ecology, Evolution and Marine Biology Robert Warner and Steve Gaines, have discovered a way to effectively mitigate and control urchin populations and prevent kelp forest decimation.

According to their research published in the journal Proceedings of the Royal Society of London B, urchin populations can be controlled via urchin predation by California sheephead, but only if this species reaches a size threshold of 30 cm, which is about 12 inches in length.

“The predator-prey interaction between California sheephead and sea urchins was strongly size-dependent. Despite their high relative abundance, small sheephead, which are less than 20 cm in length, were not involved in consuming urchins,” Gaines said. “Interestingly, the minimum threshold sheephead size required to consume large urchins is near the minimum size limit in the sheephead fishery — 30 cm for the recreational fishery and 33 cm for the commercial fishery.”

Their research further explains that at these sizes, sheephead jaws are large enough to consume both sizable and small urchins, effectively controlling the sea urchins’ populations over a wide size spectrum.

Nonetheless, their results also point out the challenges that comes with sheephead implementation, which is their long and often-varied maturation period into the desired 30 cm, with some sheephead populations, such as the ones in Santa Catalina waters, taking two to seven years to reach the 30 cm size threshold.

However, despite these challenges, their findings, with proper implementation, offer an effective and self-renewing method in kelp forest maintenance and provide longevity and health to the surrounding ecosystem.