The Daily Nexus
News
County To Apply for Grant for I.V. Community Center
February 16, 2017 at 1:24 am by Jose Ochoa

If received, the grant of up to $1.1 million will be used to fund critical renovations of the Isla Vista Community Center 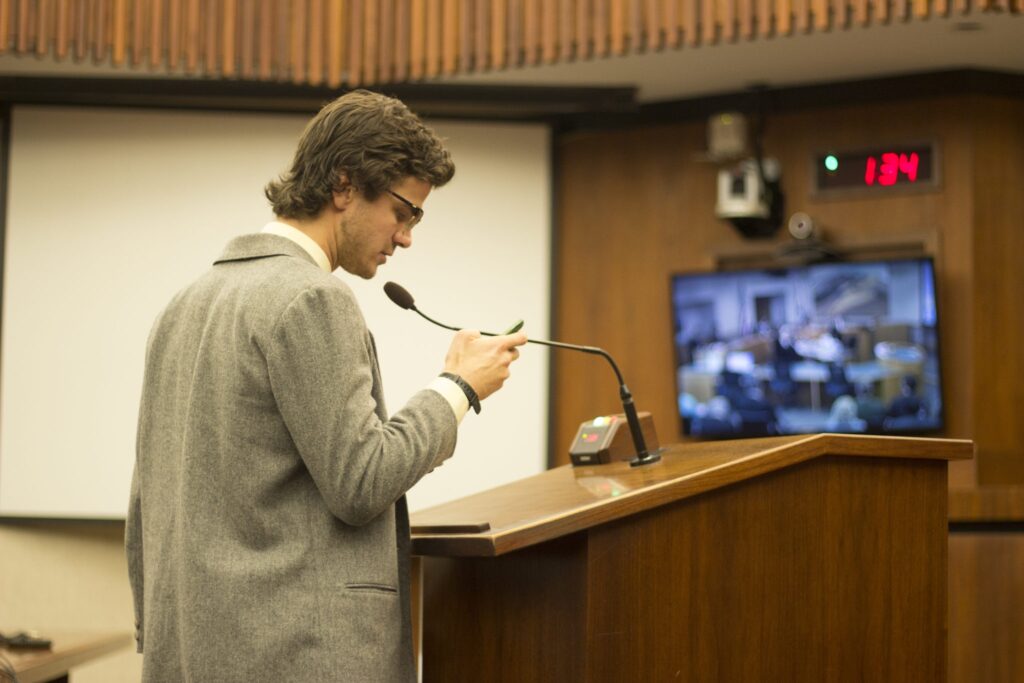 The Santa Barbara County Board of Supervisors passed a motion Tuesday morning authorizing county officials to apply for a grant of up to $1.1 million to renovate the Isla Vista Community Center.

Isla Vistans voiced their support for the action and encouraged the board to apply for the grant at the board’s meeting in downtown Santa Barbara Tuesday.

Ethan Bertrand, director-elect for the I.V. Community Services District (CSD), spoke at the meeting, saying the center has great potential to help I.V.

“There are so many potential uses for the facility, and it can truly benefit the culture of Isla Vista, providing an outlet and a venue for positive activity,” he said.

Matias Eusterbrock, an I.V. resident since 2011 and board director for the I.V. Community Development Corporation (IVCDC), spoke during public comment to thank board members who have previously supported I.V.’s attempts to establish the community center.

“From the abolition of the development agency to the granting of $485,000 in support of critical renovations to the building, the board has proven a steady ally to the sizable community of Isla Vista,” he said. “For that you have our appreciation.”

Eusterbrock went on to list the possible uses for the building if the grant was acquired and funds were allocated to the center.

“I believe all the residents will benefit from the sense of knowledge and community that comes from classes such as dancing or cooking or by sweating out the stresses of work and studying during live music shows,” he said.

Eusterbrock also suggested the space could be used to host private events for a variety of members in the community, including quinceañeras and sorority and fraternity events.

Skip Grey, assistant director of the Santa Barbara County General Services Department, is working on the application for the grant. Grey said that the grant will specifically be used for the I.V. Community Center.

Grey said his department began working on this grant in December, and the application has already been completed. The Board of Supervisors’ motion Tuesday now authorizes Grey to submit the paperwork. He said the application is complete and due to the state on Feb. 23.

According to Grey, the grant is competitive and is not awarded automatically. The winners of the grant are expected to be announced by June 30.

Spencer Brandt, IVCDC and CSD board member, was not in attendance at Tuesday’s meeting but spoke to the Nexus on Monday to describe possible uses for the grant.

If the grant was used to renovate the community center, Brandt said possible renovations could include replacing the roof of the building, creating a shade structure and possibly installing a garage-door-like opening on the side of the community center so that events could be held outdoors and indoors simultaneously.

A version of this story appeared on p. 4 of the Thursday, February 16, 2017 print edition of the Daily Nexus.