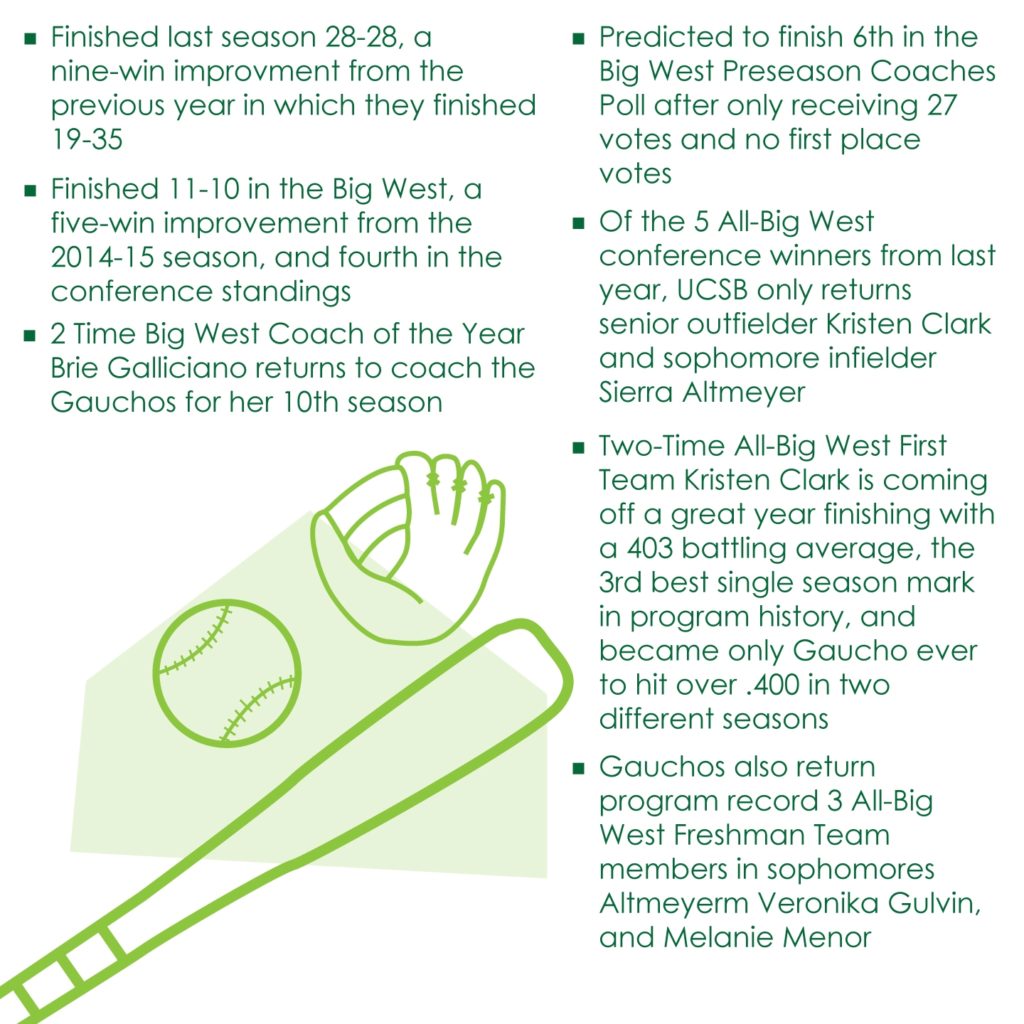 The UCSB softball team will kick its season off this weekend at the Houston Hilton Plaza Invitational, starting with Friday games against Boston College and Houston, followed by Saturday contests with Wright State and Wichita State and finally wrapping up with a Sunday repeat faceoff with Boston College.

The Gauchos themselves were par for the course last season, finishing 28-28 overall with an 11-10 conference mark. As things stand before the action begins, the expectations are low for a UCSB squad predicted to finish sixth in the Big West. 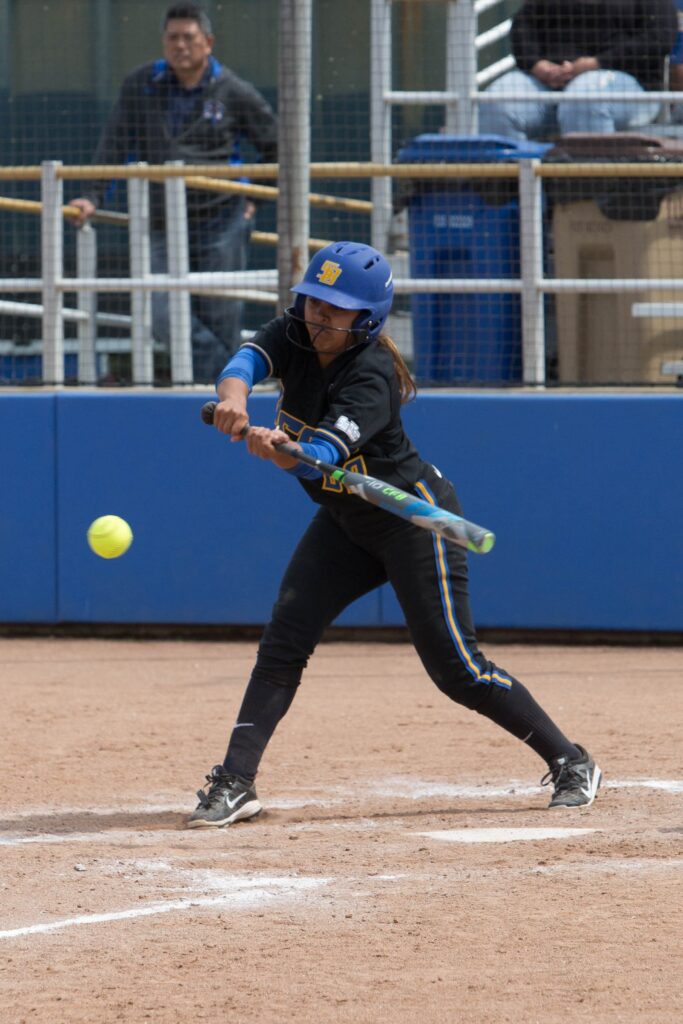 Senior outfielder Kristen Clark is the linchpin of this young Gaucho team, which has only seven upperclassmen and four seniors out of a 22 person roster. Clark’s storied career at UCSB has been stunning to watch; after collecting Big West Freshman of the Year and First Team All-Big West honors in her first year, Clark achieved Second Team All-Big West her sophomore year, and she followed that up with another First Team appearance her junior year.

Clark’s career slash line of .399/.446/.432 boggles the mind, and after hitting over .400 for the second time in three years, she became the first Gaucho to ever accomplish that feat in two separate seasons.

Sophomore infielder Sierra Altmeyer also provides the Gauchos with some established returning talent. Altmeyer rocked seven home runs and 42 RBI, both top five marks in the conference, and she was selected to both the Big West All-Freshman Team and the Second Team All-Big West.

With star pitcher Ashley Ludlow’s college career over, the Gauchos will look to sophomore Veronica Gulvin to fill her shoes. Gulvin tossed 113 innings in 2016, good for second-most on the team to Ludlow, and, despite her 8-12 record, a 3.52 ERA shows the youngster has some promise.

This weekend’s duels with Boston College and Wright State will pit UCSB against two brand-new opponents in their history.

BC is coming off a 30-23 season, and the team retained all its offensive starters except for two. Junior pitcher Jessica Dreswick is coming off a great season (14-8, 2.47 ERA), and she combines with fellow junior Allyson Frei (186 strikeouts in 2016) to form a dominant one-two punch for the Eagle pitching rotation. The Gauchos will likely have to face one, if not both pitchers this weekend, so the offense will have to be geared up and focused on winning the small battles they can.

On offense, the Eagles rely on senior catcher and third baseman Tatiana Cortez. She crushed 13 home runs on a .380 batting average in 2016, easily earning her All-ACC First-Team honors. If the Gauchos can make sure she doesn’t get into a groove this weekend, they’ll have a much easier job of containing Boston College in their two matchups.

Houston was also somewhat mediocre in 2016, assembling a 27-29 overall record. With only three returning seniors, the Cougars hope a dose of fresh blood will give the team new life in 2017.

Three Cougars received All-American Athletic Conference selections in 2016: sophomore pitcher Savannah Heebner on the first team and sophomore outfielders Elise LeBeouf and Maya Thomas on the second. All three were also recognized on the All-Rookie team for the conference, giving Houston a remarkable young core in 2017 and beyond.

For Wright State, the combination of junior outfielder Honnah Susor, senior catcher Vivi Marquez and redshirt senior shortstop Becka Peterson will make up the brunt of the offensive attack for the Raiders. Wright State was second in the Horizon League for its second season in a row last year, and the team is eager to get over the hump in 2017.

Wichita State is led by a strong senior presence, the team boasts seven in total, and comes off a 2016 season in which it won both regular season and tournament championships. Senior catcher and first baseman Macklin Hitz and junior utility player Mackenzie Wright are on the preseason All-Missouri Valley Conference team, showing the potential for this Shockers squad.

UCSB’s first opponent will be Boston College at 12 p.m. on Friday, followed by Houston at 5 p.m. Saturday will pit the Gauchos against Wright State at 9:30 a.m. and Wichita State at noon. Finally, the Gauchos will rematch BC on Sunday at 8 a.m.

A version of this story appeared on p. 7 of the Thursday, February 9, 2017 print edition of the Daily Nexus.