The Daily Nexus
News
All-Around Sustainability Gets UCSB ‘Gold Rating’
February 9, 2017 at 12:11 am by Tamari Dzotsenidze 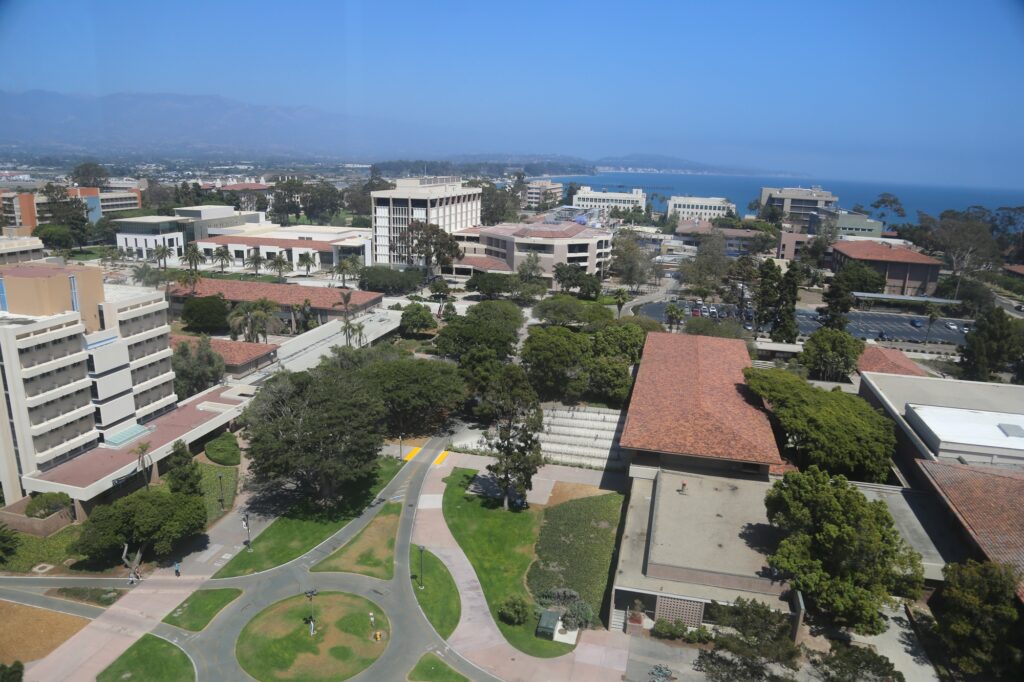 The university’s “gold rating” comes from the Association for the Advancement of Sustainability in Higher Education’s (AASHE) Sustainability Tracking, Assessment & Rating System (S.T.A.R.S.). UCSB also received a gold ranking in 2014.

UCSB received 73.4 points out of a possible 100, with a nearly perfect score in diversity and accessibility, but it fell short in curriculum, energy and food and dining.

The S.T.A.R.S. report found that more than half of all students at UCSB felt that courses generally incorporated diverse perspectives, and a significant majority of the school community is satisfied with the overall climate.

“Social equity is critical,” Mo Lovegreen, the director of campus sustainability who spearheaded the submission, said. “As we’ve grown, we’ve been more inclusive, and we figured out methodologies to make sure we’re more inclusive.”

The report also showed a significant weakness in learning outcomes, with UCSB receiving only .95 out of eight points. Out of the 3,773 courses offered, only 102 address the interconnectivity between humans and the environment.

“I don’t agree from the perspective of academic freedom,” Lovegreen said. “You can’t require all disciplines to teach [sustainability], but we’ve done, I think, amazing on our campus [because] there are that many departments that are offering content about the environment and sustainability.”

Food and beverage purchasing was also a weak category, with UCSB receiving .95 out of six points.

The submission process, which took over 800 hours, began early last year, according to Lovegreen. The process took longer than expected due to a change in the requirements and was ultimately finished on Nov. 8, costing around $3,200 in wages for student interns who helped compile the report.

“We’re glad they’re over, so now we can get onto other stuff. We are ecstatic about that,” Lovegreen said. “We only do it every other year because it’s so time intensive. We have to make progress on our campus on other areas.”

Despite the large time commitment, Lovegreen said she believes the program is worth the time because it allows the university to gauge its progress and rank against other schools. The S.T.A.R.S. award also helps the university decide what steps should be taken for further improvement, she said.

Lovegreen said she hopes to improve the ranking to platinum, the program’s highest available ranking, by 2020. It will take many small steps in a variety of areas, she said, and will also include larger action aligning with Janet Napolitano’s carbon neutrality initiative.

“It’s just crafting a plan,” Lovegreen said. “How hard is that?”

A version of this story appeared on p.5 of the Thursday, Feb. 9, edition of the Daily Nexus.