A forgotten factor that often plays into ecological preservation is the size of the predator. Body size determines the amount and type of prey a predator can consume as well as the consumer’s own vulnerability to other predators.

Research from UC Santa Barbara professors Robert Warner and Steve Gaines, as well as former UCSB graduate student Rebecca Selden, demonstrates the importance of predator size and how it affects kelp beds’ ability to recover from an abundance of sea urchins that create low diversity and productivity and barrens.

For this research, Warner and his team examined the interactions between the California sheephead (Semicossyphus pulcher) and sea urchins inside and outside marine reserves. 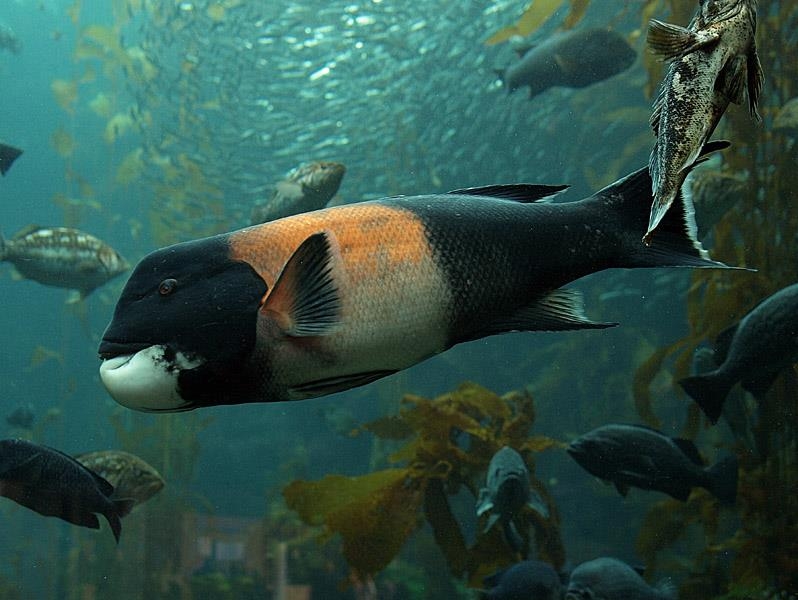 “What we found in our study was not just the number of predators that cut back [the population] but the size as well,” Warner, a research professor in the Department of Ecology, Evolution, and Marine Biology.

Warner and his team primarily focused their research on the marine reserves on the Catalina Marine Science Center Reserve, where they conducted community surveys and predation trials at three sites. To compare the results they received there, they also conducted surveys and trials outside the protection of the reservation.

They wanted to determine what sizes of urchin could be handled by sheephead of various sizes and which type of urchin they preferred. It turns out sheephead favor purple urchins, the ones responsible for barren formation.

The team found differences in the sea urchin population inside and outside the marine reservation. They also determined when a sheephead can start feeding on the urchins. According to Warner, once the sheephead reach about one foot, they begin to consume larger urchins.

What they found was that the sites inside the marine reservations had sheephead that were larger in size and biomass, which were needed to successfully consume the larger urchins.

Their results showed that from the two types of sea urchin — red or purple — the purple urchins were attacked more frequently by the sheephead. As it turns out, the purple urchin are the species responsible for creating barren areas, leaving the area devoid of macroalgae and associated fauna.

As a result of these size-specific interactions and the higher biomass of large sheephead inside reserves, urchin mortality rates were three times higher inside the reserve for both urchin species. 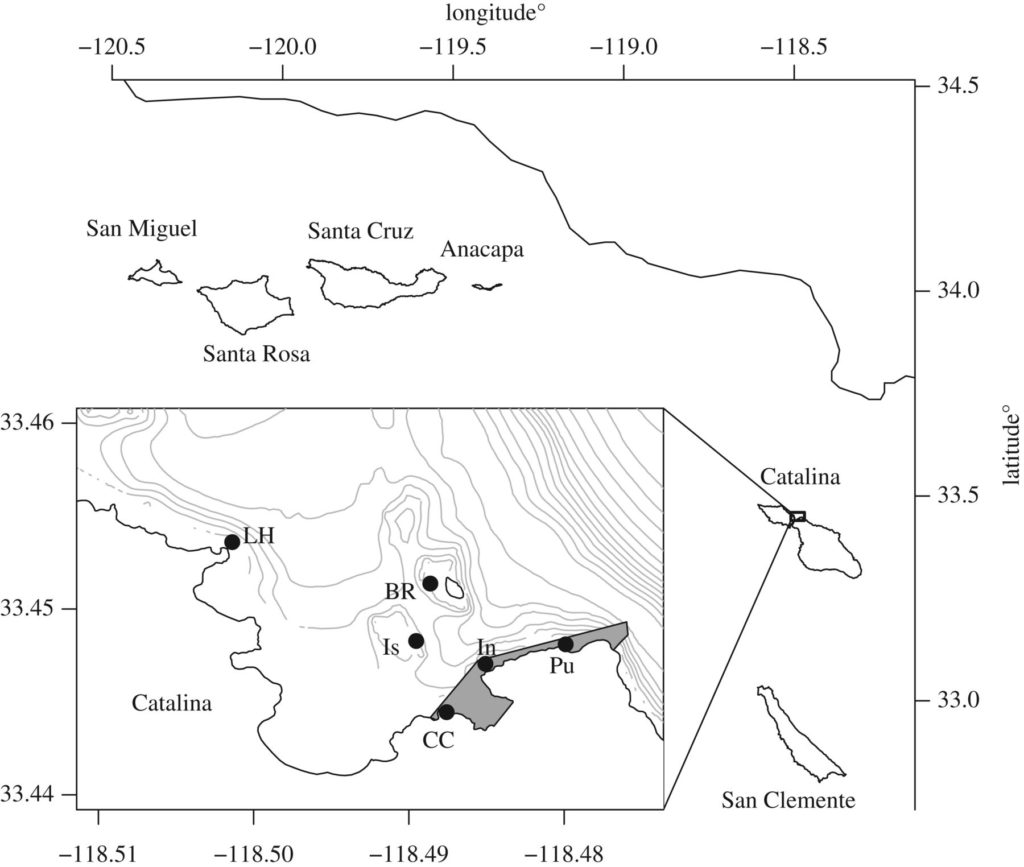 The area enclosed by the rectangle represents the location where the study took place. The black dots are the sites of surveys and predation trials at Catalina Island. The fishing sites were LH, Lion’s Head, Is, Isthmus and BR, Bird’s Rock. While, CC, Chalk Cliffs, In, Intakes and Pu, Pumpernickel, were the reservation sites. / Courtesy of rspb.royalsocietypublishing.org

According to the Warner, areas with a large urchin population can be restored, but the effect will not be immediate. The sheephead have to grow to appropriate size before consuming large urchins.

However, places that lack a predator population would have to undergo a different process.

In some parts of New Zealand, the lack of predators has allowed the urchin population to become so big that they are invulnerable.

The only way to reduce such populations would be a disaster such as heavy wave action or disease. But according to Warner, in Southern California, even the largest urchins can be controlled if enough big predators are around.

As a result, monitoring predator size structure as well as their population may improve the ability to assess the success of marine reserves and predict where fishing may have the greatest impact on marine ecosystems.

In places where predation is size-dependent, increasing the proportion of large individuals in the population may increase the resilience of marine ecosystems in which they serve a key role.