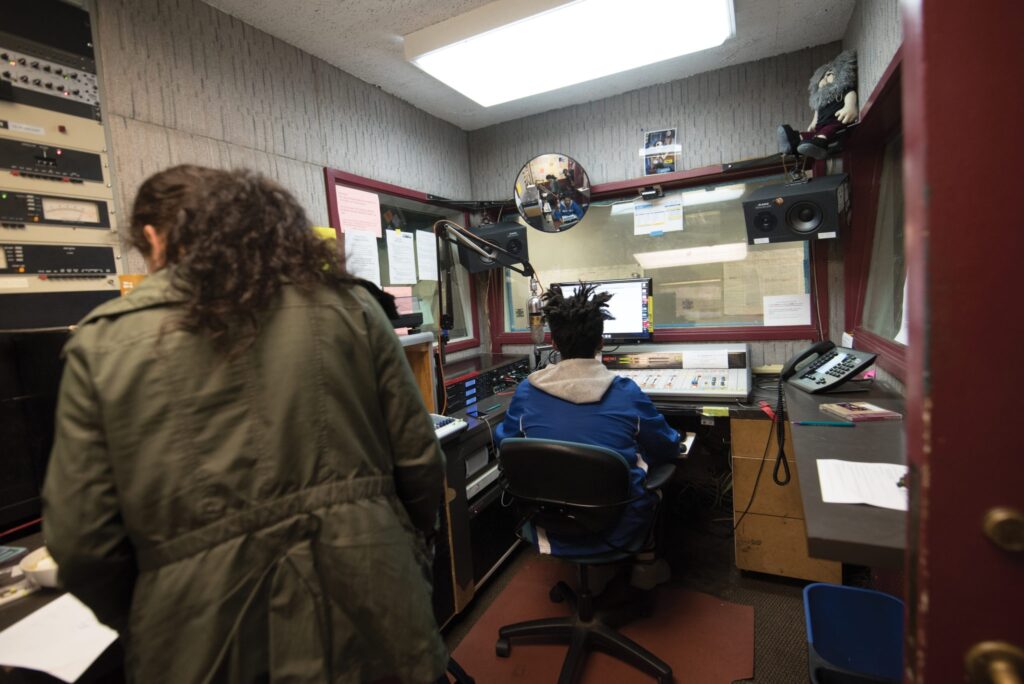 Horne, who goes by the name “DJ Frank Discussion” and previously worked as a Daily Nexus Artsweek editor, said the show was given the name because “we have the hot jams and the chill beats.”

Horne and Bernick decided to alter the show’s theme for one night as a response to President Trump’s executive order that banned to America from seven countries in the Middle East. While the two DJs often play music from foreign countries, this Tuesday’s show focused on Muslim rappers in particular.

KCSB FM is the “perfect platform” for a show dedicated to resistance through the arts, Horne said.

“Our whole ethos as a station is community radio representing sounds, music, opinions and values that you are not going to hear on commercial radio or in any other forms of media today,” he said.

According to Horne, hip-hop has been a symbol of dissent, revolution and change, as well as subverting what is expected from communities that have been brutalized by the dominant cultures.

Horne and Bernick, who goes by “DJ LenaBanga,” said “gangster imagery” is co-opted in the music video, modeled after the Western hip-hop scene.

The DJs said the use of camouflage in the music video takes on a new meaning when placed in the context of a Middle East war zone.

“The video, he shot it in a war zone in Benghazi. What’s really interesting going on in this video is a co-opting of gangster rap imagery. So, Volcano, he’s decked out in oversized hoodies, baggy camo pants, got the guns blaring, chain heavy,” Horne said.

“The camo and the guns take on another meaning, but … we can apply that back to the origins of gangster rap here in the U.S. in the war zones that exist within our own cities,” he said.

“He’s in a war zone, and these things are also very real,” Bernick said.

The DJs chose Tuesday night’s artists because they have considerable followings in the countries they come from, though they recognize that certain regions lack large hip-hop fan bases.

“Iran has a pretty large hip-hop scene compared to some places like Yemen or Libya,” Horne said.

Bernick and Horne also said the artists’ skepticism toward government was similar to the duo’s own.

“We think a healthy dose of criticism and skepticism towards the state is really, really necessary for us to keep going with a sense of freedom that resembles what we know it to be,” Horne said.

DJ Frank Discussion and DJ LenaBanga’s show can be heard on KCSB FM 91.9, or streamed live on live.kcsb.org, on Tuesday nights from 10 p.m. to 2 a.m.