This past Thursday, Los Angeles-based DJ, Elephante, mesmerized students in the Hub with electronic remixes and resounding drops. Elephante, born Tim Wu, adopted his name after dropping out of Harvard to pursue music. He majored in economics but says he hated the corporate world, creating an “elephant in the room” with his parents and fellow students. His tracks are easy to dance to and have a similar feel to Andrew Luce, another up-and-coming DJ who played at the Hub during Fall Quarter. 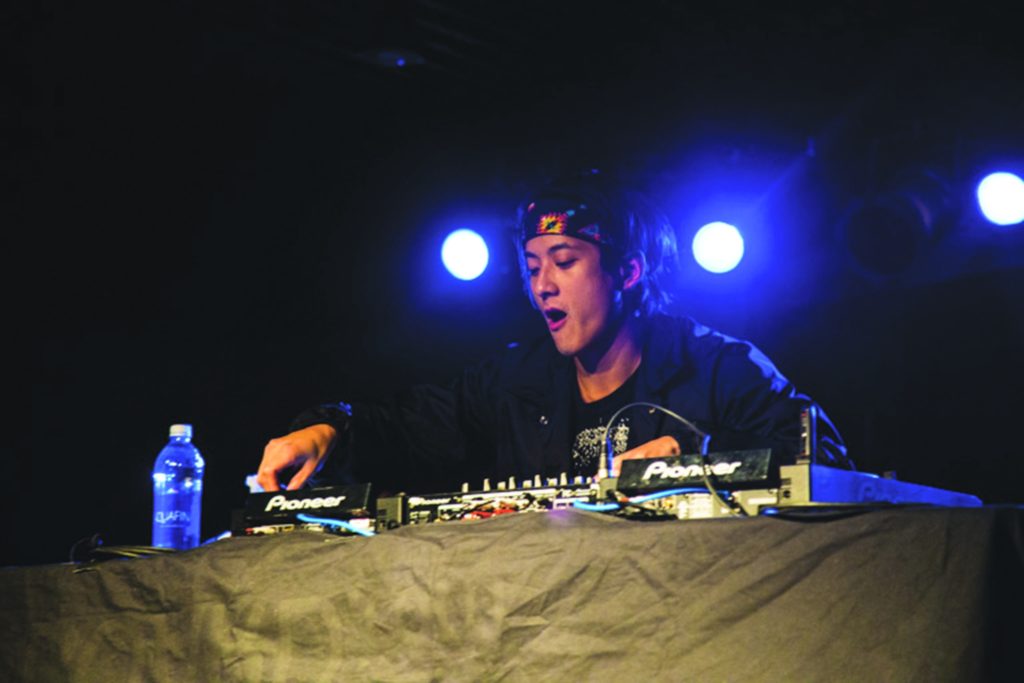 The night’s opener, Sarthe, played to a cozy yet growing crowd. He remixed popular songs like Twenty One Pilots’ “The Judge,” gaining many cheers from the crowd while continually shouting, “Give it up if UCSB still parties like it used to!” (And believe me, we do.) Sarthe played a continuous set, moving from one song to another quickly and smoothly through soundboard effects. He’s a loud, big personality, interacting with the crowd and encouraging everyone to “Get weird.” The energy was already high nearly an hour before Elephante came on, and the Hub filled up quickly. The event was sold out. 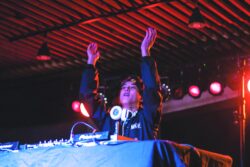 When Elephante finally took the stage, the excitement in the room was present and alive. Opening with the track “Closer,” featuring Bishøp, he almost immediately captured the attention of anticipating students. The upbeat mix of dance, house and mellow EDM is easy for even the most casual electronic music fans to enjoy. He kept the crowd moving all night and students sang along to whimsical lyrics. His brand of music is perfect to let sparks fly; couples danced all throughout the crowd. Elephante’s beats are a clear rebellion against the buttoned-up corporate world, celebrating the simplest moments of electric excitement. He intoxicated crowds with trippy music and the lights behind him framed his silhouette. The beat drop in “Dynasty” with MIIA elicited cheers and synchronized swaying. 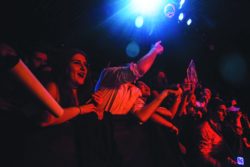 The atmosphere in the Hub was the perfect balance between mellow and exhilarating. By 10:30 p.m., all you could see was the hands of dancers in front of you illuminated by colorful stage lights on a perfectly transformed dance floor, backed by a beer garden. Flanked by the bookstore and surrounded by popular on-campus restaurants, the Hub really feels like home. Watching artists perform there has an interesting appeal because of how greatly transformed it is from the bustling student center it is during the daytime. It enables UCSB music lovers to magically transform from top scholars to dancers after nightfall.

A large part of Elephante’s appeal is his background, particularly how he stood up to his family and peers and went after his musical goals. Dropping out of school to pursue a career in the music industry is risky, but it’s undoubtedly paid off for him. Seeing and supporting growing artists is a great way to get exposed to new music and, in Elephante’s case, a great example of a student following their heart. Having an up-and-coming artist play in the Hub is a unique experience we as UCSB students get to experience. There is such a contagious excitement in a room full of young people pursuing their dreams and watching others succeed as well.