The UCSB women’s tennis team will travel down to Texas this weekend as it takes on Texas Tech on Saturday and either Arizona State or South Carolina on Sunday during the ITA Kickoff Weekend.

In their first game of the season last week, the Gauchos lost a competitive match against USC 5-2, which saw junior Palina Dubavets take home victories in both doubles and singles competition.

Junior Natalie Da Silveira was the only other Santa Barbara athlete to win in singles play besides Dubavets, and the powerful pair of Dubavets and senior Stefani Storjic was the only pair to win in doubles play. 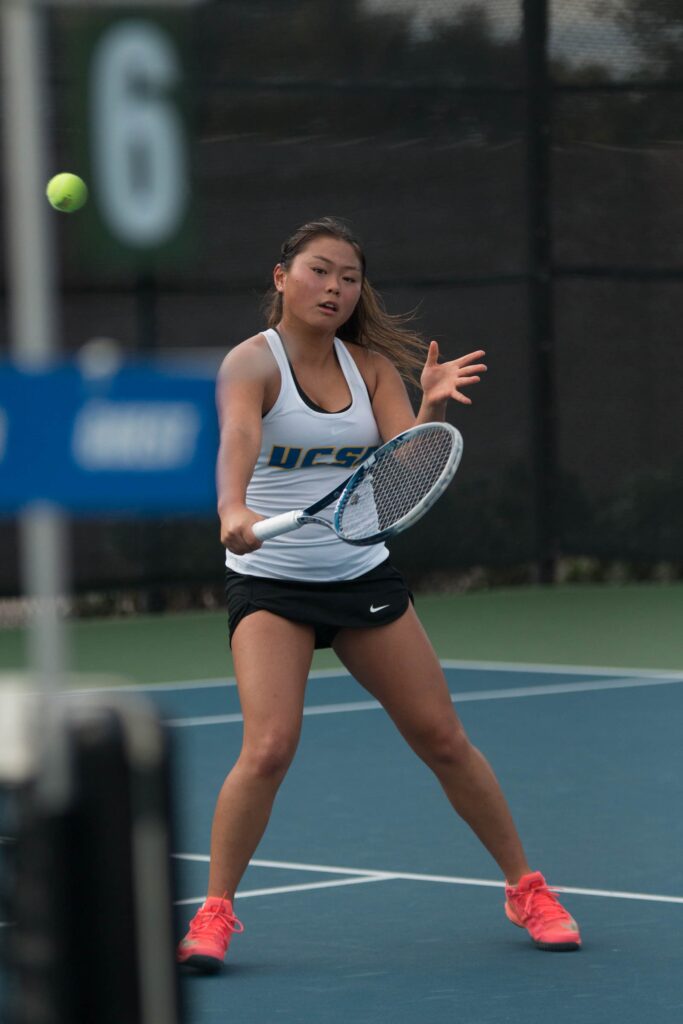 This weekend looks to be a tough one as the Gauchos will have to prepare for the possibility of playing two out of the three teams in the competition.

Starting with the Lady Raiders, the Gauchos will face some tough competition as they are coming off of a strong performance in the Miami Spring Invite. On the last day of competition, Texas Tech swept No. 20 Kentucky in six straight sets in singles play.

Texas Tech has two players ranked in singles play with No. 26 junior Gabriela Talaba and No. 81 sophomore Felicity Maltby and a strong overall team performance against a talented Kentucky squad proves that the Lady Raiders will be yet another powerful test for the Gauchos.

However, Texas Tech lost in overall doubles play to Kentucky, only winning one out of three matches. It was the No. 14 ranked pair in the country junior Sarah Dvorak and junior Sabrina Federici who picked up the lone doubles win for Texas Tech.

The Gauchos will also be playing either Arizona State or South Carolina the following day. Arizona State is ranked No. 22 in the country and was victorious in their season opener against UC Davis.

ASU is currently 1-0 on the new season and has two players in the ITA Singles rankings with No. 49 sophomore Sammi Hampton and No. 63 senior Kassidy Jump. In the doubles rankings, Arizona State has No. 36 ranked pair in freshman Savannah Slaysman and junior Kelley Anderson.

The Sun Devils were also strong in singles play as they swept UC Davis with five out of six matches ending in straight sets. Arizona State was also formidable in doubles play as they won both of the games that were finished to completion with the third match being abandoned.

South Carolina looks to be an extremely talented team with its perfect 3-0 record and the fact that they have six players in the top 125 ITA Singles Rankings and the No. 39 ranked pair in junior Hadley Berg and sophomore Paige Cline.

The team is coming off of a dominating performance which saw them sweep both North Florida and Florida A&M in singles and doubles play. The Gamecocks’ performance in the doubleheader last weekend is a strong indicator of the challenge that they could provide to a talented Gauchos squad should they play each other this Sunday.

The Gauchos are looking to improve in their singles play performance where they were within one point of tying with USC. Texas Tech, Arizona State, and South Carolina are all extremely talented in singles play and it will be up to the Gauchos to outplay their opponents.

The Gauchos are strong in doubles play this year with two standout pairs in Dubavets/Storjic and senior Melissa Baker/sophomore Stephanie Yamada. Dubavets and Storjic were victorious in last weekend’s match and Baker and Yamada are ranked No. 33 in the country currently. The talented pairs the Gauchos have matched up well against the slew of teams who will look to continue their previous success in doubles play this weekend.

UCSB will play Texas Tech at 3 p.m. on Saturday, Jan. 28, at the McLeod Tennis Center and Arizona State/South Carolina on Sunday, Jan. 29, at 3 p.m. at the same location.