The Daily Nexus
Sports
Gauchos Seeking First Road Win of the Season at Hawaii
January 26, 2017 at 5:05 am by Jorge Mercado

Unsuccessful in achieving a win on the road this season, the UCSB men’s basketball team will look to turn around its fortune this Saturday as it takes on Hawaii in its seventh conference game of the year.

Santa Barbara goes into beautiful Honolulu with a deflating 3-15 overall record as well as a 1-5 Big West record. Losers of its last three games, the Gauchos’ main focus in this game will be to try to pick up a much-needed victory in order to move up the conference ladder; they currently sit in eighth place, one game in front of 0-5 Cal Poly. 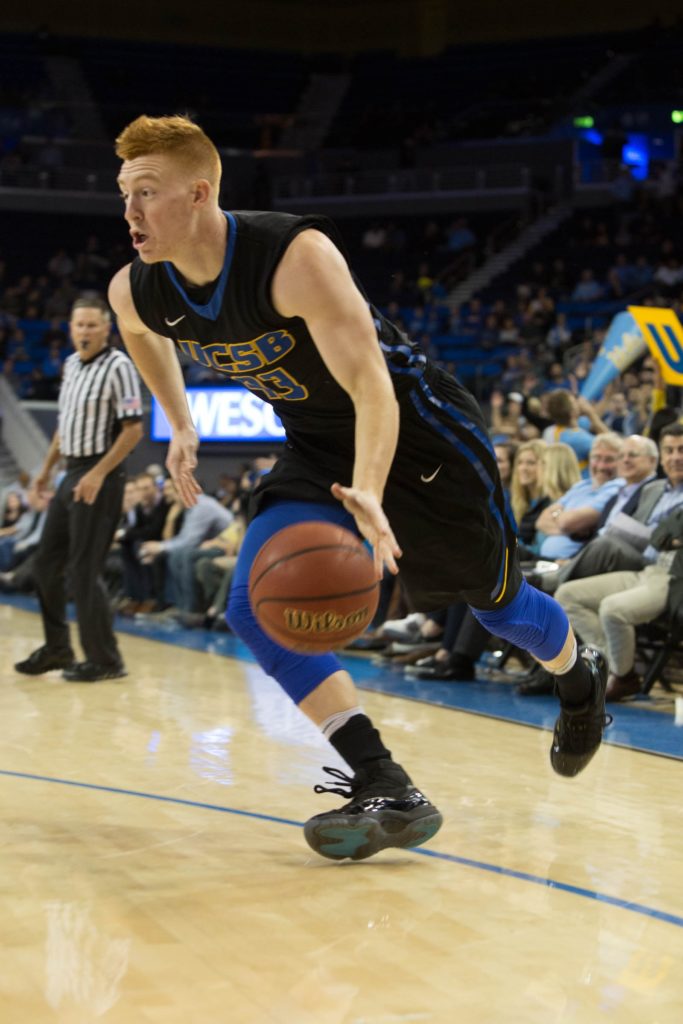 Hawaii has also had its share of woes this season. The defending Big West champs in both the regular season and the conference tournament have only mustered an 8-11 overall record and a below average 2-4 conference record. However, being the home team might work in its favor, as Hawaii is currently 8-7 at the Stan Sheriff Center.

As for the Gauchos, they are coming off yet another disappointing performance as Cal State Northridge beat them handily at home last night, 78-57. The loss marked the ninth time this season that they lost by double figures, and the sixth time this season they were held to 60 points or less in a game.

If Santa Barbara hopes to come back from Hawaii with a win under its belt, then it will need to improve upon its league-worst points per game (63.5), shooting percentage (36.8), three-point percentage (26.1) and free throw percentage (65.1).

One thing UCSB has been able to count on this season is low turnover numbers. Santa Barbara ranks second in turnovers per game with a low 11.9. It has also been solid on the glass as it ranks second in the Big West in rebounds per game grabbing 39.6 boards per game.

Considering that the Gauchos are down two big men in sophomore forward Ami Lakoju and junior forward Jalen Canty, the fact that the rebounding numbers have been able to stay up is a testament to how hard the team plays every night.

However, playing hard simply is not enough, and if UCSB wants to start winning these conference games and make a run at the Big West tournament, it will need to start making shots.

One athlete who is certainly gifted at scoring is guard Gabe Vincent. The former Big West Freshman of the Year is third in the Big West in points per game, averaging 15.4.

The junior had a great first half last night against CSUN, going off for 16 points on a very efficient 6-12 shooting, 4-6 from beyond the arc. Unfortunately for Vincent, fatigue and the Matadors defense seemed to catch up to him as he went scoreless in the second half on 0-7 shooting from the field and 0-4 from the three-point line.

Someone will definitely need to help Vincent on the scoring end if the Gauchos want a happy result on Saturday, and besides relying on senior Eric Childress, they will also need great performances from two big freshmen in Clifton Powell Jr. and Max Heidegger. As the stats suggest, when Vincent and Childress get help from the young athletes, Santa Barbara’s chances of winning go way up.

Powell is a spark plug for the UCSB offense, and when he is running and scoring, the team certainly feels like it is flowing a lot better. The guard was a big factor in Santa Barbara’s 58-53 win over Cal Poly as he went off for a career-high 13 points and scored on two clutch threes.

Heidegger is another guard who has also been a bit inconsistent but has shown flashes of brilliance. The freshman was the second-leading scorer last night for the Gauchos with 12 points and averages 7.6 PPG, which is the fourth-best on the team. His career high of 21 points came on UCSB’s huge comeback victory over CSUB back on Dec. 27, and he followed that game up with a 17-point night versus Seattle.

Desperation time is now for the Gauchos. With only a one game lead on the eighth spot and the last spot for the conference tournament in March, they need to start racking up some wins to keep the Mustangs away. Despite the awful start to the season, getting to the Big West tournament should be the No. 1 priority for the Gauchos, and who knows, maybe when that time comes, they will be able to make a run.

UCSB faces off against Hawaii in a Big West match at 8 p.m. on Saturday, Jan. 28 at the Stan Sheriff Center.

A version of this article appeared on page 7 of January 27, 2017’s print edition of the Daily Nexus.