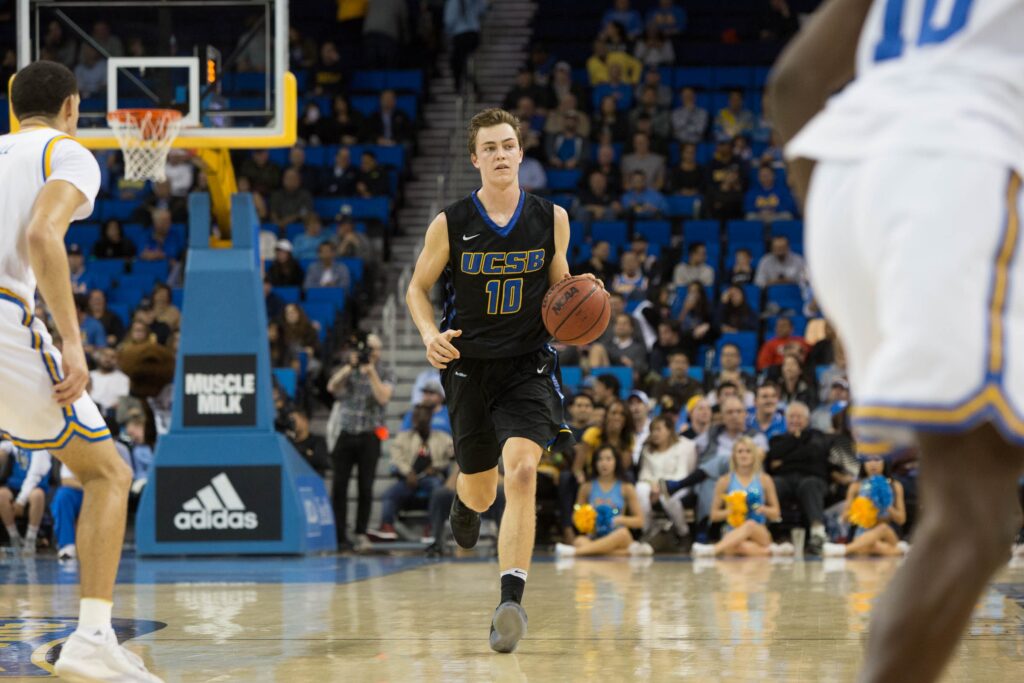 Days after putting forth one of its most impressive offensive performances this season in a loss at Long Beach State, the UCSB men’s basketball team hoped to display the same prowess at UC Riverside in order to achieve its first road win of the season.

Although junior guard Gabe Vincent and senior guard Eric Childress kept the Gauchos in the game for most of it, especially in the first half, fatigue caught up with them and the rest of the team, sending them back home with a 65-55 loss to the Highlanders.

The 10-point loss drops Santa Barbara to 3-14 overall, matching its loss total from last season during which it finished 19-14. It also falls to 1-4 in the Big West and is now eighth place in the conference standings. UCR improves to 5-11 overall and, more importantly, is now over .500 in the Big West at 3-2, placing them in third place in the standings.

Saturday’s loss at Riverside was yet another example of what the Gauchos are struggling with the most this season: making open shots from both beyond and inside the three-point line.

UCSB shot only 30.5 percent (18-59) from the field. Compare that to UCR’s 45.5 percent (25-55) from the field and it’s no shock as to why the home team won the matchup. Even with winning the rebounding battle at 41-36 and shooting much better from the free-throw line, Santa Barbara as a team was not as efficient from the field as UC Riverside, resulting in its eighth road loss of the year.

The Highlanders were leading for most of the first half behind the great play of senior guard Malik Thames, who had nine points on 4-5 shooting. Luckily for the Gauchos, Vincent was also clutch in the first half with 11 points, including two three-pointers and scoring his 1,000th career point in his career as a Gaucho, becoming only the 28th player in school history to accomplish this feat.

With the score tied at 25 with only 1:20 left in the first frame, Childress knocked down two FT’s to give his team a 27-25 lead. However, Santa Barbara then conceded seven straight points before the end of the half, including three by Thames, to go down 32-27 at the break.

After retaking the lead late in the first half, the Highlanders never looked back, keeping the score in their favor until the end of the match. In stretches during which it played good defense, UCSB was unable to knock down a shot to really cut into the lead and threaten UCR. In the second half, Santa Barbara shot only 28.1 percent from the field while UC Riverside shot 48.1 percent. UCSB was able to stay in the game due to its ability to get to the line, where it shot 9-12 in the half.

The last great chance the Gauchos had to make this a game was with 6:44 left in the contest. After two made free-throws by junior forward Alex Hart making the score 53-47, UCSB forced a turnover and had three solid looks at cutting the lead to four, its lowest margin since early in the second half, but were unable to capitalize. UCR scored on the next possession and finished the Gauchos off 65-55.

Santa Barbara’s 55-point night was the second lowest point total of the season, with its worst being a loss at UC Davis 73-47. UCSB seems to be its own worst enemy in nights like these, forcing shots that are not there while also missing open shots that should result in points.

Despite solid first-half performances, Childress only managed two second-half points, while Vincent did put up a solid seven but on a very inefficient 3-11 shooting.

This season has been very tough for the Gauchos, but with over 10 games left in Big West play, they cannot afford to give up just yet. This UCSB team has shown flashes of greatness in its win over Cal Poly and even in some tough losses like at LBSU.

With a team that has such potential and still has the third leading scorer in the conference in Vincent, this team is capable of making a run; it just needs a bit of a push.

The Gauchos next game is against CSUN at 7 p.m. on Wednesday, Jan. 25 at the Thunderdome.