In its first match of the regular season, the UCSB women’s tennis team lost to No. 18 USC 5-2. The match was originally scheduled for 2:15 p.m. PST but was delayed for nearly three hours due to inclement weather conditions at the Santa Barbara Tennis Club.

The weather cleared up around 5 p.m. PST and the meet was finally able to begin with doubles play. In the first match, junior star tandem Palina Dubavets and senior Stefani Stojic defeated USC’s No. 18-ranked pair, senior Zoë Katz and junior Gabby Smith with a score of 6-4. The impressive win was a good start for the Gauchos, as it was their first doubles point of the season. 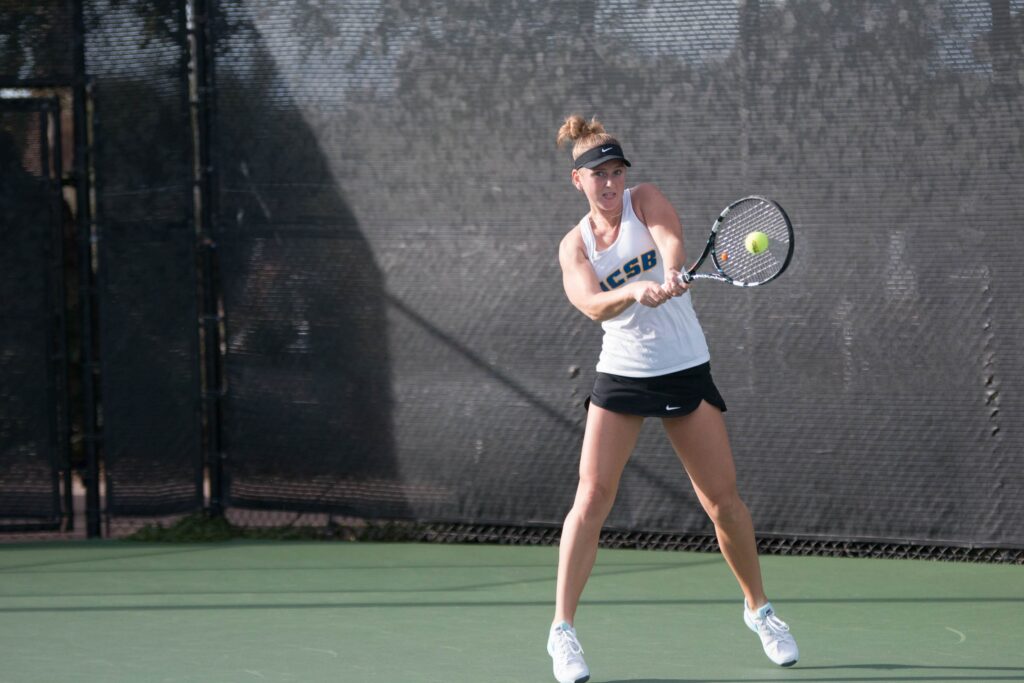 The next game saw the Gauchos’ No. 33-ranked pair, senior Melissa Baker and sophomore Stephanie Yamada, face off against the Trojan pair of sophomores Jessica Failla and Rianna Valdes. Failla and Valdes were able to answer the Gauchos’ previous victory with a victory of their own, winning their match 6-3 and leaving both sides tied with one point each.

Da Silveira and Gilbertson put up a tough fight and were within a one-point deficit but were unable to complete the comeback, as the duo of Failla and Valdes beat the Gauchos 6-4. This final match gave the Trojans the victory in doubles play and earned them the doubles point.

The meet continued with singles play as Dubavets played against No. 56 Katz and defeated her, recording a score of 6-4, 6-4. Up next was Gaucho Gilbertson, who fell to the Trojans’ Smith, who beat Gilbertson 7-6 (5), 6-0. Freshman Trojan Kulikov defeated Baker, who was previously victorious in doubles play, at a score of 6-0, 7-6(4).

At the halfway point in singles play the Trojans had a 2-1 lead against the Gauchos, leaving UCSB trying to get the lead back.

However, it was only Dubavets and Da Silveira who would come away with victories in singles play for the Gauchos, as USC made record wins in the remaining final two matches.

The Trojans came away with the victory in both singles and doubles play, winning with an overall score of 5-2, a worse result for UCSB compared to their matchup against USC last year that resulted in a 4-3 loss.

The Gauchos had some promising results in a match against a powerful USC team. The win in doubles play from Dubavets and Stojic as well as the singles victory from Dubavets and Da Silveira were good records despite the disappointing overall result.

The Gauchos will look to rebound from this loss next week as they travel down south to Texas to play Texas Tech in their second game on Jan. 28 at 3 p.m. PST.