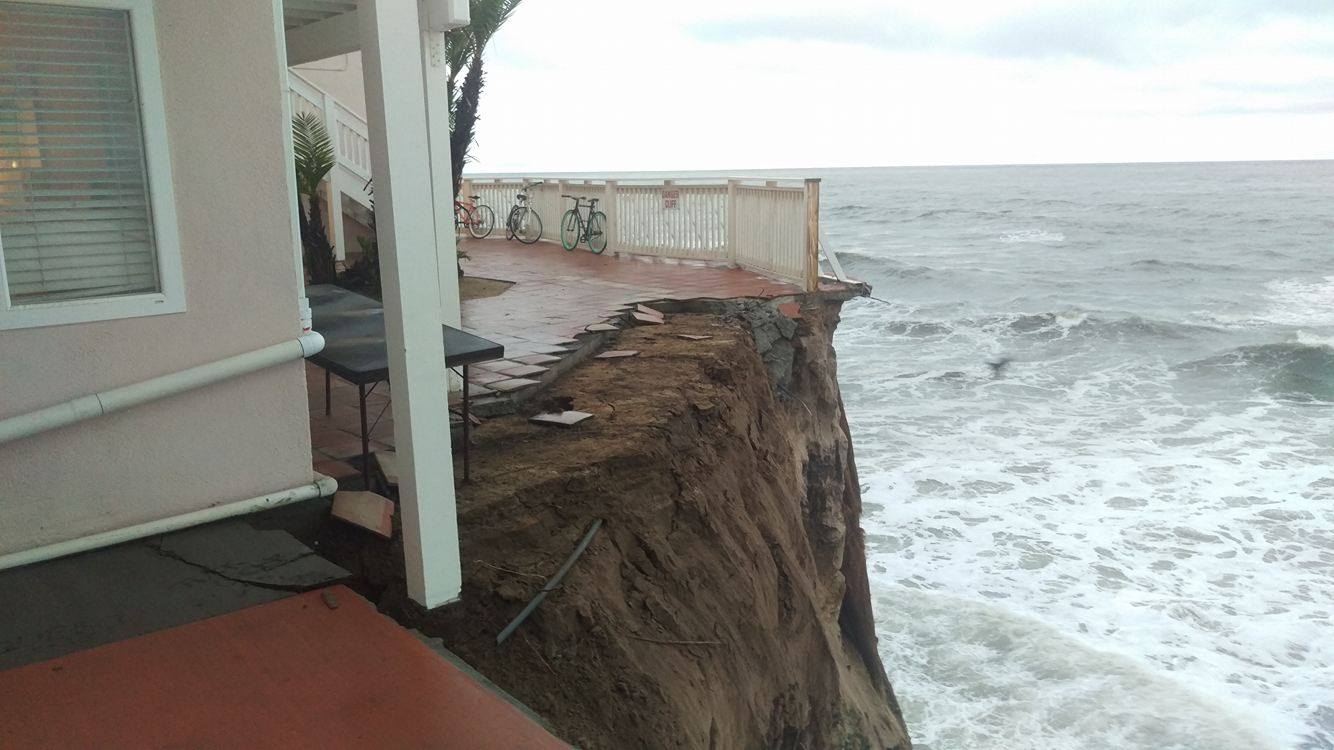 A cliffside balcony at 6653 Del Playa Drive collapsed into the ocean at approximately 5 p.m. Sunday.

Residents are currently being advised to stay out of the building while an SB County building inspector arrives on scene to determine the cause of the collapse. 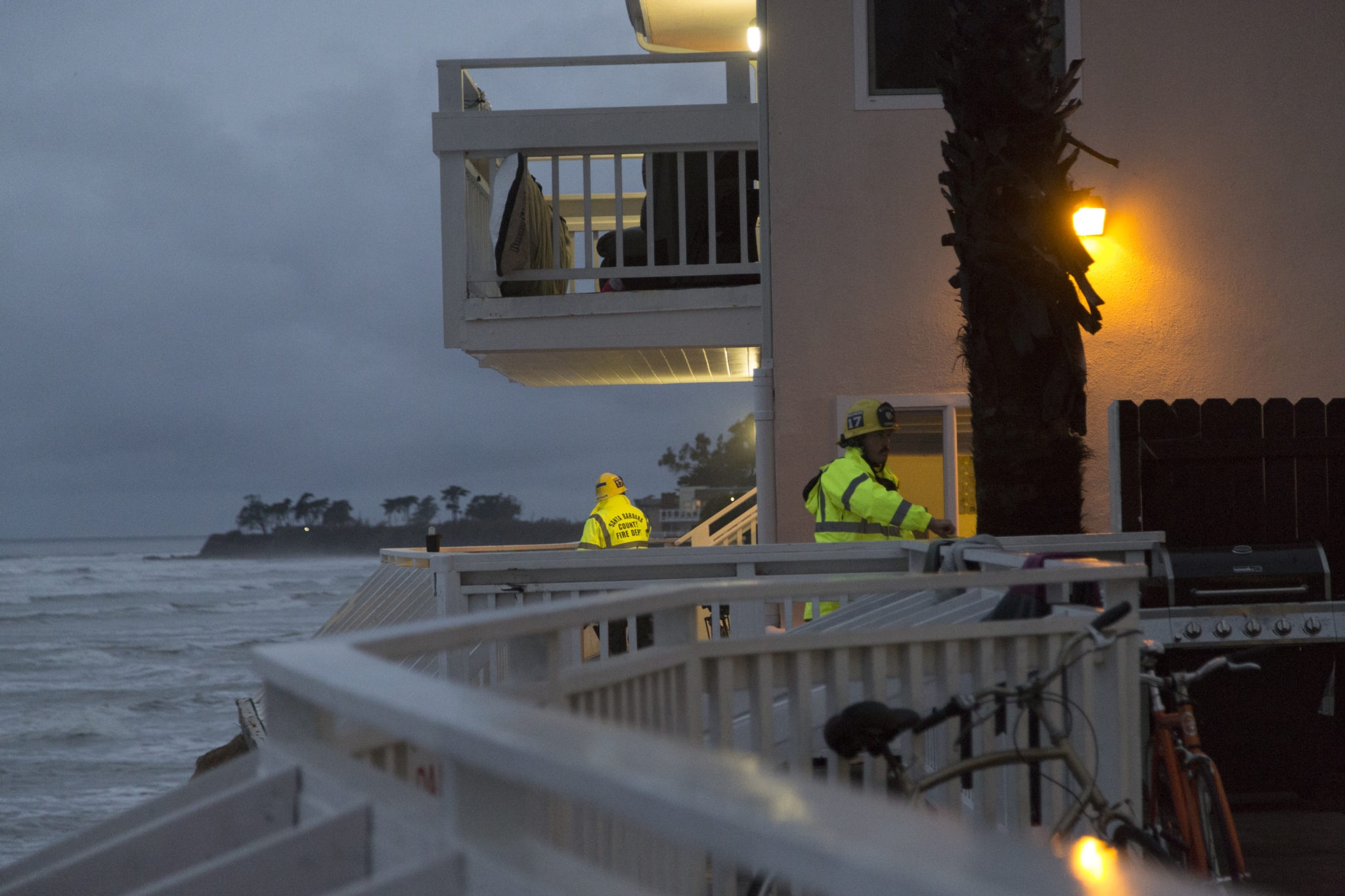 At 6:15 p.m., Ryan announced that residents of Units 1, 4, 5 and 9 would evacuate the building for as many as two days. The American Red Cross will provide lodging at hotels nearby.

A total of 28 residents will be evacuating the building, according to Santa Barbara Fire Department officials.

Several residents who were standing on neighboring balconies Sunday evening said the collapse first sounded like an earthquake.

Residents at Units 1, 4, 5, 9 will be evacuated from 6653 Del Playa Drive tonight. Appx. 20 residents may be displaced for two days. pic.twitter.com/1kProNPOSj

Property owner James Gelb was on the scene of the collapse sooner than 5:30 p.m., but said he had no comment.

A Santa Barbara County building inspector was on scene at approximately 6 p.m. to determine the cause of the balcony collapse, but no information has been released yet.

A structural engineer from Del Playa Rentals will also visit the property Sunday evening to check the building.

This story will be updated as more information is received.

This area comprises the eastern boundary of Santa Barbaria; a novel I’m currently working on. When completed it will be published in its entirety on the Santa Barbaria website.

And this has anything to do with the article?

It has everything to do with the article–look at the pilings now exposed on the bluff.My forthcoming novel addresses other more sinister pilings now remaining on the shoreline some two miles northwest.

They are still remaining along Haskell’s Beach and in the water to this day. They have only been cut at the sand level and are submerged. No warning signs are currently posted, although they have been in the past (circa 1994).

According to my former attorney handling my tort case against the state in 1974, you cannot sue the state for criminal negligence in this instance. They are protected under the doctrine of sovereign immunity.Or are they really protected?
I might have to do some online research on this one.

By “they” I mean people like the current governor and state attorney general. Brown has known about this condition for forty-plus years now. He’s only emblematic of the larger political apathy which exists here and has existed for decades. The higher moral ground would compel him to appropriate the necessary funds for a thorough comprehensive clean-up–once and for all.

Go to my afternic.com portfolio to access the gist of my novel so far.

Gelb better sell these properties or his source of wealth is going to be gone in 10-20 years.

i hope he becomes bankrupt…hes a terrible person

Gelb is a nasty woman

I can’t believe Gelb is still lurking IV. Doesn’t sound like he’s changed one bit since 2003 when I was there.