The Daily Nexus
Tennis
UCSB Ready To Begin New Season Versus USC
January 19, 2017 at 5:00 am by Andrew Hernandez

The UCSB women’s tennis team is coming off an extremely successful season last year which saw them capture the Big West Conference Championship for the first time since winning the title back in 1996, while also winning an NCAA Tournament match over No. 33 Kansas before ultimately having its season ended by No. 2 Cal just two days later.

The Gauchos owe their success in part to doubles partners junior Palina Dubavets and senior Stefani Stojic. The 2016 Big West Conference First Team Doubles pair Dubavets and Stojic finished last season as the No. 23 ranked duoi n the country with a peak doubles ranking of No. 10 nationally.

Despite being ranked in the preseason ITA tied eighth in the country for doubles, the pair did not show up in the week one release. 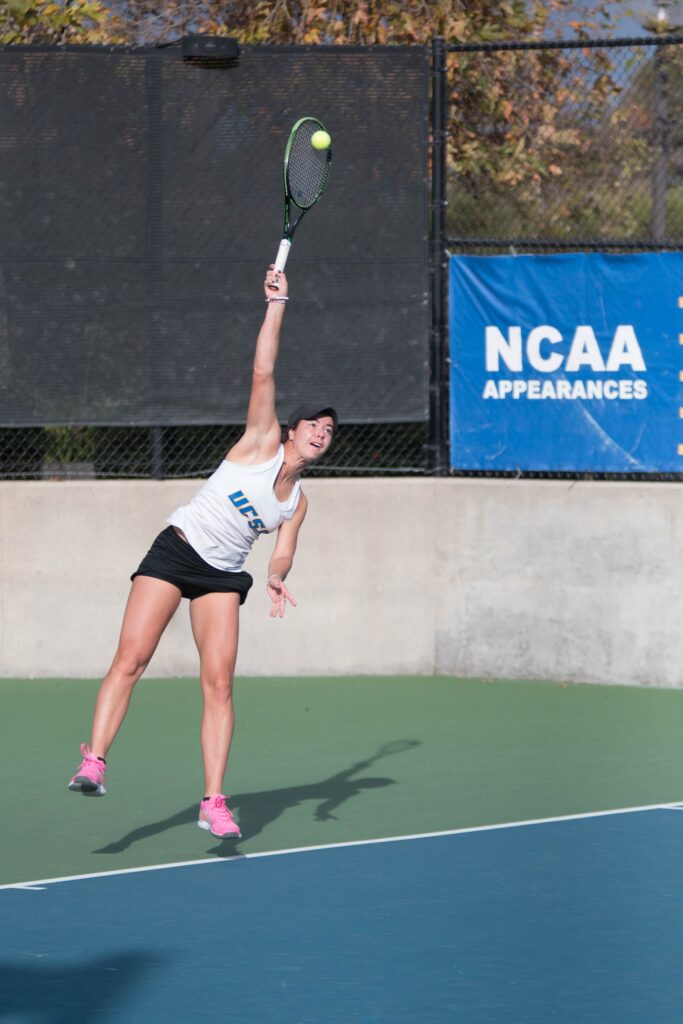 The release did, however, include another solid UCSB pair. Senior Melissa Baker and sophomore Stephanie Yamada also had major success last season, earning them the No. 33 doubles ranking in the country for this upcoming season after not being ranked at all in the preseason.

In total, nine players from the 2015-2016 team are returning to the 2016-2017 women’s tennis team. The new additions to the Gaucho team are freshmen McKenzie Majerle and Glennie Rousseva.

This year’s team is made up of formidable standouts and new additions who look to continue the team’s success into the 2017 season with the tough matchup of USC, who is ranked No. 18 in the country.

The powerful USC squad boasts their own standout duos of senior Zoë Katz with junior Gabby Smith and Katz with junior Madison Westby. In the most recent ITA rankings, these duos come in at an impressive No.18 and No.27 in the country, respectively.

USC is also impressive in singles play as the ITA singles rankings include three USC players in the top 60: No. 46 sophomore Jessica Failla, No. 52 Westby and No. 56 Katz.

The Trojans will surely be a great test for this year’s talented Gaucho squad. In the matchup last year between these two teams, the UC Santa Barbara Gauchos lost the match 4-3.