The Daily Nexus
News
CCS Vetting Committee In Search of Faculty Member as New Dean
January 19, 2017 at 5:00 am by Maura Fox 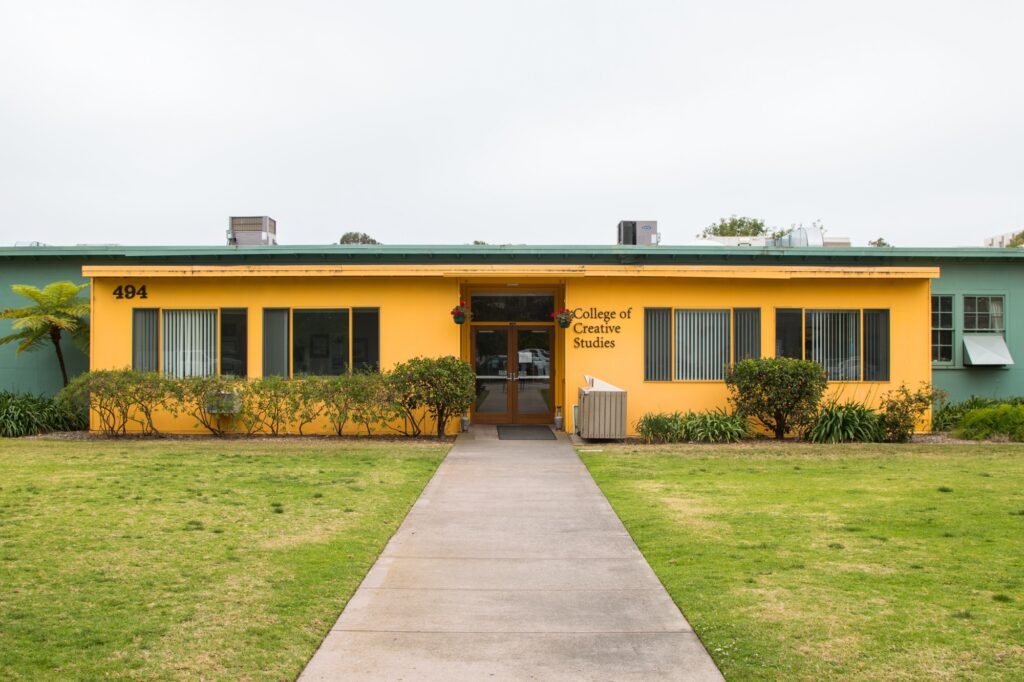 After receiving around 80 applications, the College of Creative Studies (CCS) Vetting Committee has narrowed the application pool down to four applicants. A dean will be selected by July of this year. Nexus File Photo

The College of Creative Studies (CCS) Vetting Committee is in the midst of searching for a new dean of the college, increasing transparency in the process by inviting students and faculty to participate in the vetting process.

Chancellor Henry T. Yang and Executive Vice Chancellor David Marshall created the committee in April 2016 and began their search for a new dean of the college during Fall Quarter. The committee has opened town hall meetings to the public during which the applicants are interviewed for the position.

The committee will vet the candidates and compile their recommendations for the position to give to Chancellor Yang, who will then choose the new dean by July.

The position is open to faculty from all departments on campus and initially received around 80 applications. The committee has narrowed the application pool down to four applicants, two from science departments and two from the humanities departments.

Various constituencies on campus are meeting with the candidates as the committee holds interviews, encouraging participants to have a role in the process, said Omer Blaes, chair of the Vetting Committee and a professor in the physics department.

“Everyone who has participated in one of these events is free to send us information about their reactions, and we take that information in a confidential fashion,” Blaes said. “The committee evaluates that when considering who we want to recommend to the Chancellor.”

Blaes has chaired other search committees, including that for the dean of the College of Letters and Sciences, and said while campus-wide interviews were held, there were few people on campus aware of the proceedings. He said everyone in the college was invited because members of CCS wanted more transparency in the vetting and decision-making process.

The committee also reached out to faculty members in the applicants’ departments to join the meetings and offer advice about the candidates.

Kathleen Foltz, the interim dean of CSS, said she believes it is “crucial” for candidates to interact with students and faculty at the town hall meetings.

“You want to have candidates meet with people, and in this position in particular, to meet especially with the students,” Foltz said in an email. “I think it’s wonderful that so many students can meet these candidates and offer feedback to the Search Advisory Committee.”

Foltz said this type of transparency is common for a candidate search at the administrative level.

Bruce Tiffney, the previous dean of the college, stepped down from his position in July, and Foltz stepped in to temporarily serve as the dean while the committee vets applicants for the position. Foltz said she is not applying to be the permanent dean.

Applicants for the administrative position go through a vetting process and answer a series of questions relating to their interest in the dean position and their administrative and leadership experience.

There are eight majors in CCS, and Blaes stressed the importance of a dean working cohesively with each of them, focusing on undergraduate students’ research and creative processes.

“The key aspect about this particular dean is that this dean is undergraduate-focused,” Blaes said. “They need to enable bright undergraduates [in] … the creative fields they’re engaged in.”

He added that the vetting process has allowed the involved faculty members from different departments to interact and discuss the future of the college.

“It’s one of the rare occasions that I am talking to people from the humanities about what CCS could be and what the whole campus could be in terms of bridging these very different disciplines,” Blaes said.

“[The college] is what it is now and it’s viewed as a success, but because it brings together people in these different disciplines it could even serve as a nexus for faculty on the campus.”

After the new dean is chosen, the candidate’s department will need to appoint a new faculty member to the vacancy subsequently created, a process the CCS Vetting Committee will not be a part of.

Additionally, the new dean will not be expected to teach since the CCS dean position is a full-time commitment.

“I have great hopes for this position,” Blaes said. “Everyone says CCS is a jewel in the crown at UCSB, and I really believe that. And I hope that we get someone who can make that jewel even greater.”

A version of this story appeared on p.3 of the Thursday, Jan. 19, 2017 print edition of the Daily Nexus.