The Daily Nexus
Opinion
8 Reasons The World Needs Feminism Today
January 19, 2017 at 5:00 am by Komal Surani 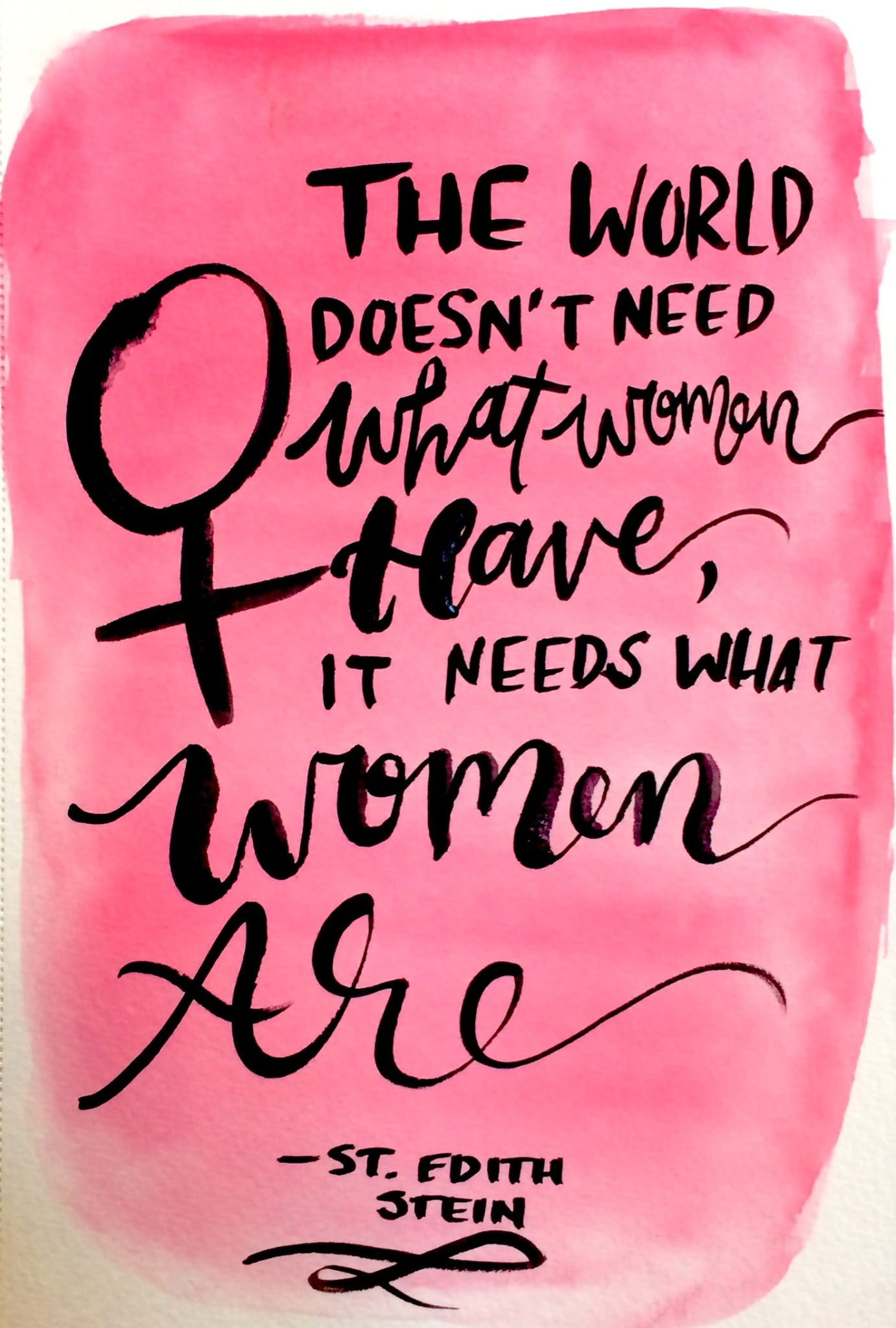 1. Friend Zone
Imagine that you always go to this one burger shop. You make friends with the employees and they know all your favorite items off the menu. Now imagine that they are searching for someone to work their register, and eventually they hire someone who applied. You didn’t apply, but you think it’s unfair that someone else got the job. After all, why did you go to the burger shop so often if it wasn’t to get yourself the job? Even though you didn’t apply, the burger shop should have thought of you as a great hire anyway! Isn’t that ridiculous? Isn’t that the friend zone?

Just because a woman spends time with you and gets to know you doesn’t mean that she’s thinking of you as a potential lover, and it doesn’t mean that she’s at all obligated to think of you as a potential lover. If you act like her friend, don’t assume that the more time you spend being her friend, the closer you’ll get to getting in her pants. You may feel like you are entitled to sex with her after putting in so much time and effort, but she is not a project. She is a human being and has her own heart and attractions and is in no way required to have sex with you or anybody else. The term “friend zone” devalues her right as a person to choose her own partner because you make it about her instead of about you. You say she only likes guys who mistreat her and nice guys finish last. You make it your right instead of hers to choose who she likes. You say she’s a bitch or a slut because she won’t sleep with you because you feel entitled to her body because you don’t even think of her as a human person.

Dictionary.com defines a Nazi as a “member of the National Socialist German Workers’ Party, which controlled Germany from 1933 to 1945 under Adolf Hitler and advocated totalitarian government, territorial expansion, anti-Semitism, and Aryan supremacy, all these leading directly to World War II and the Holocaust.” Nazis are people who were so racist and exclusive that they actually went as far as to murder those people that they didn’t believe fit their vision of the world.
Feminists, on the other hand, believe in everybody’s equality, not just that of women. While there are some feminists who are more passionate and vicious than others, they still should never be called “feminazi.” Using the word Nazi, in this or any other context (eco-Nazi, grammar Nazi), belittles all the people who died in the Holocaust and trivializes Hitler’s time as ruler in history. To actually compare mass murderers to people who just want equal rights is offensive and unwarranted. Every time you call a woman a feminazi, you say that her fight for equal rights is directly comparable to the Holocaust. Naziism is a serious crime, one that the world will never not regret allowing to happen, and to even use these terms is to trivialize the pain and suffering that people endured.

Feminists, on the other hand, believe in everybody’s equality, not just that of women. While there are some feminists who are more passionate and vicious than others, they still should never be called ‘feminazi.’

On Halloween, a lot of girls in my dorm were wearing outfits that left little to the imagination. A guy in my dorm who shall remain unnamed said, “Girls these days don’t have any self-respect.” Guess what, guy in my dorm? You are wrong. The reason that women are comfortable wearing these outfits is because they have more self-respect. They understand themselves and their bodies enough to be comfortable with wearing as much or as little clothing as they choose. And don’t use women who are more modest to validate your opinions of women who choose to wear less. Every woman is entitled to make her own decisions about her body — including what she wears.

And to the second part of your comment, when you said you’d have to be their “fathers” now, no you fucking don’t. The whole point of college is getting away from your parents, having a chance to grow up without being told what you can and cannot do. These girls, whoever they may be, are growing and learning who they want to be and what image they want to project to the world. And if that image is something that you don’t approve of, well, who gives a fuck?

She wears short skirts and Ugg boots. Taylor Swift is her jam and pumpkin spice lattes are her go-to drink. She’s always posting selfies on Instagram and spending her daddy’s money on scented candles. Who is she? Why, you’ve guessed it! She’s a basic bitch.

Let’s try another one. She visits coffee houses instead of places like Starbucks and Coffee Bean and listens to music you’ve never heard of. Combat boots are her go-to accessory and eyeliner is her favorite makeup. Who is she? Why, you’ve guessed it! She’s a hipster wannabe!

If she likes sex, you’ll call her a slut, but if she doesn’t, then she’s a prude. Low self-esteem? She needs to learn to love herself. High self-esteem? Too arrogant. If she’s interested in politics, she’s probably a feminazi, and if she isn’t, she’s a clueless airhead. Wears makeup? She’s dolled up; she’s trying to fool you. Doesn’t wear makeup? She’s ugly; she’s let herself go.

At this moment, in a high school somewhere, a girl is being dress coded. She’s wearing a tank top, her shorts are too short, her shirt is too low cut. The teacher is asking her to come to the front of the classroom and take a note to go to the principal’s office so that they can call her parents for some better clothes. She takes the note from the teacher and starts to leave, but not before hearing the reason she’s being dress coded: “You need to dress more properly, lest you distract the boys.”

It’s not that I’m against dress codes. In a schooling environment, some clothes are just improper. However, the way that dress codes are excused is not okay. Every time a teacher or administrator tells a girl that she needs to change her clothes because she is distracting boys from learning, she is sending a clear message: A boy’s education is more important than a girl’s. You are perpetuating a culture in which boys are taught that they are mindless sexual beings who cannot control themselves if they see a woman’s shoulders or thighs.

It never seems to occur to administrators that girls don’t dress for those boys; they dress for themselves. Regardless, from a young age, they are taught to place the comfort of boys above their own desires, wants, and needs.

When women run for powerful positions or work in powerful offices, the media, collectively, asks one question: “What’s going to happen when she goes on her period? Her hormones are going to go crazy, and she’s going to make bad decisions; the blood coming out of her vagina will impair her from doing her job correctly.” PMS is viewed as an unnatural effect on a woman’s body which makes her a slave to her emotions, and it is the reason that men don’t believe that women should be in positions of power.

When a woman is raped, the media, collectively, asks one question: “What was she wearing?” Her clothes — be they a tank top, short shorts, miniskirts — will be used as ammunition against her. The people will wonder how a man was expected to control himself after seeing the skimpy clothes that she was wearing. So here’s the double standard. A woman’s hormones are used against her, but a man’s are used to defend his behavior. I have a question now: When will men and women face the same consequences for their actions?

Yes. You are absolutely correct. Not all men rape, hurt, abuse, catcall or mock women. However, enough men rape, hurt, abuse, catcall or mock women that every woman is afraid. Every woman learns to carry her keys between her fingers so that if somebody tried to attack her, she would have her very own makeshift weapon. Every woman is taught not to go out too late at night, when every man on the street begins to look like a potential rapist. Every woman learns that in a room full of men, she is supposed to feel scared out of her mind. And men? What do men learn? Men learn that it’s not their fault when they rape or hurt women because she should have known better than to be in that area, wear those clothes, drink that alcohol.

This defense is nothing more than a cop-out. If not all men do it, then why should it be considered a problem? It doesn’t matter that nearly every woman faces some kind of sexual harassment or assault because not all men commit these crimes. But since when did it become a rule that since not all people are bank robbers, nobody should do anything to stop bank robberies?

Not all men — you are absolutely correct — but enough men.

If the women in positions of power suddenly began to show a great deal of interest in new laws that pertained to whether or not men should be allowed to use Viagra without getting psychological counseling or becoming informed about the side effects, what do you think would happen? The media and the men would begin to say that they’re being stupid. Why would anyone need somebody else’s input — someone who doesn’t even know them — for a personal decision they want to make in relation to their bodies?

The answer is that they don’t. And if this law really does seem ridiculous, then so should all the laws that pertain to the reproductive and abortive rights of women. After all, they are the same thing. An impersonal rule that controls a woman’s body and her decisions should seem as ridiculous as an impersonal rule that attempts to control a man’s body and his decisions. And yet, here we are.

Komal Surani wants you to know the real reasons the world needs feminism.

Let’s do a thought experiment – for the “not all men” section of this article, change “women” to “whites” and “men” to “blacks,” leave the rest the same. and see how it sounds. Then you might start to understand why men say “not all men.”

This is a bunch of recycled garbage. You do realize that there are biological differences between men and women?