The Daily Nexus
Volleyball
No. 12 UCSB Prepares for Battle Against Trojans
January 17, 2017 at 8:57 pm by Spencer Ault

Continuing its stretch of seven-straight home matches, the No. 12 UCSB men’s volleyball team, sitting at 4-1 and 1-1 in the MPSF, will look to remain on a winning track after splitting its pair of contests last week. The Gauchos are coming off of their first conference win of the season, a 3-0 thrashing of UC San Diego. 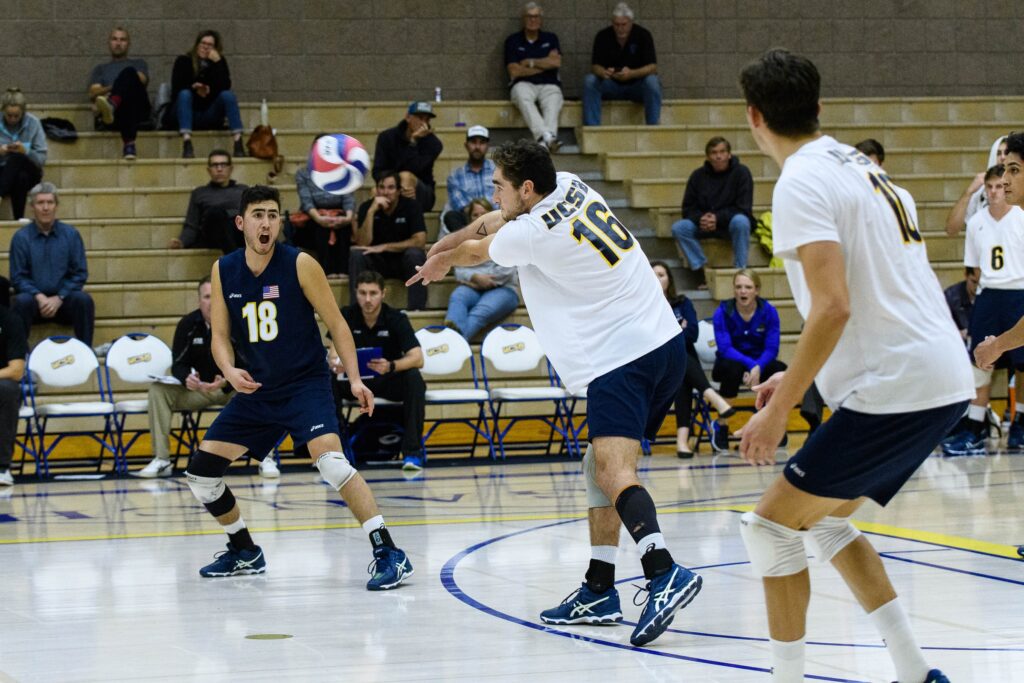 Visiting this week is USC, seeking to overcome being swept by No. 14 CSUN on Saturday.

Despite their 2-3 and 1-1 record, the University of Southern California’s men’s volleyball team is better than suggested as it faced the challenges of four ranked opponents to open the 2016-17 season.

Of the five games USC has played so far this year, only one, the season opener against Concordia, was against a team that is not currently one of the top 15 teams in the country. Two of those ranked teams are in the top five in the country — Ohio State at No. 1 and Long Beach State at No. 4 —while the other two were in the remaining half of the rankings in No. 14 Cal State Northridge and No. 15 Penn State.

However, USC’s current record doesn’t tell the full story and neither does its most recent loss. The Trojans lost the first two sets of that match by a combined nine points, and they stayed tight to the Matadors’ heels throughout. A few more breaks for USC and Saturday’s outcome might have been very different.

Senior Lucas Yoder, a 6’5” outside hitter, emerged as USC’s most potent offensive force last season with a team-high 273 kills, and he’s shown no signs of falling off this season. Yoder once again leads his squad in kills with 104, 68 more than the next Trojan player.

More often than not, junior setter Gert Lisha has been the one assisting Yoder on those kills. Lisha has 207 assists so far this year, for an average of 10.35 per set, and has been a vital cog in the Trojans’ offensive machine.

As a team, USC is hitting at a rate of about 28 percent, far below the Gauchos’ 34 percent rate. That low percentage has been at the root of some of the Trojans’ problems so far this year, and it could very well serve as a key to a possible UCSB victory on Wednesday night.

USC’s rather one-dimensional offense provides another opportunity for the Gauchos to focus on. Shut down Yoder and the Trojans don’t have a proven second option to turn to. Still, no team, not even the first-ranked Ohio State Buckeyes, have been able to shut down Yoder.

UCSB will need strong performances from that quartet, as well as from freshman setter Casey McGarry, to join the already swollen ranks of top-15 teams to have beaten the weathered Trojans. The two teams meet this Wednesday, Jan. 18 in Rob Gym at 7 p.m.