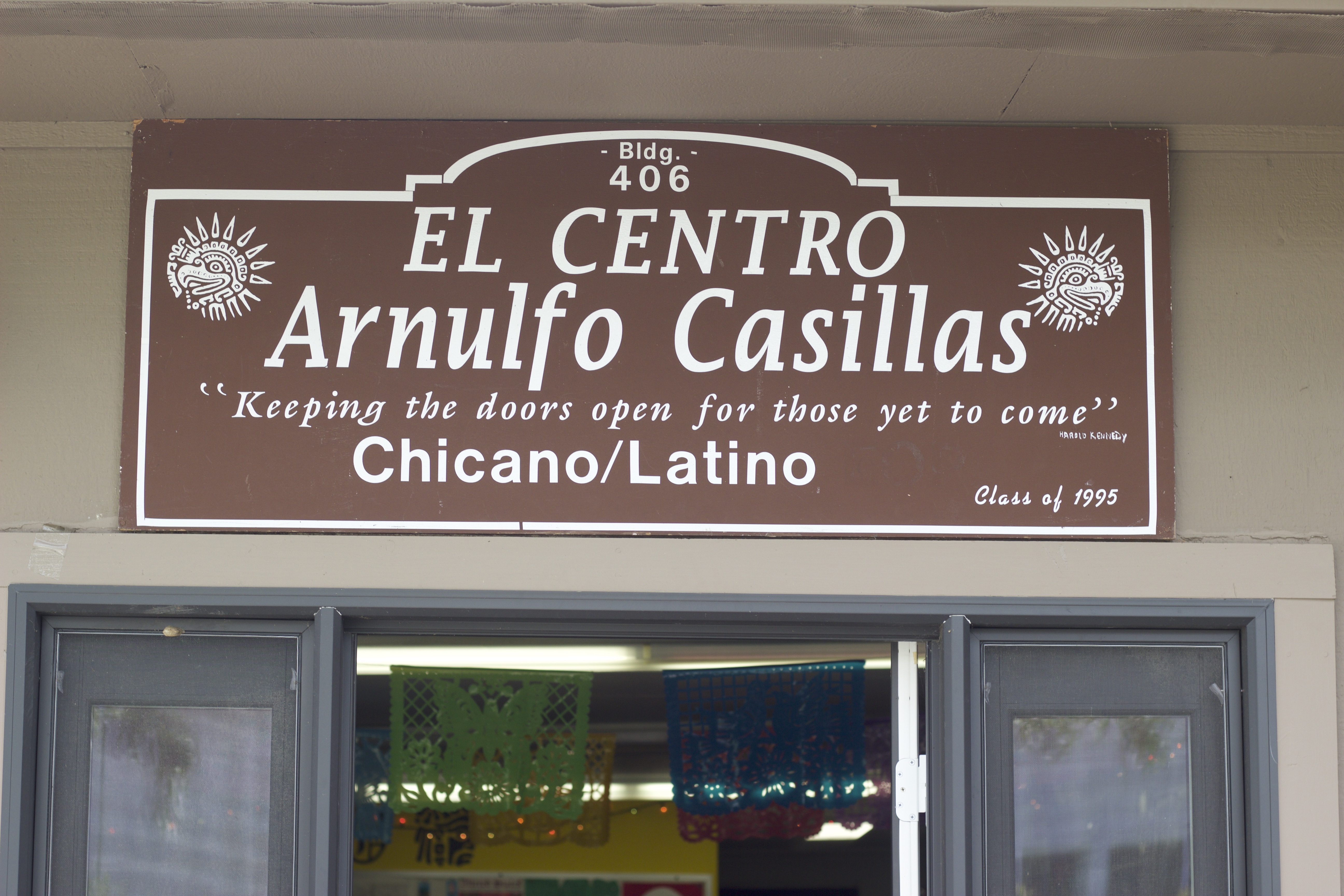 The side room of El Centro has been a safe haven for students of color since it opened in the late 1970’s. Jose Arturo Ochoa / Daily Nexus

The El Centro building’s Arnulfo Casillas’ Activity Room must be evacuated in 45 days because of dryrot, insect damage and seismic risk, UC Santa Barbara administrators notified student organizations who use the building on Thursday.

The gathering place is located in two combined industrial trailers and was initially designed to last 10 years, according to campus architects. The building has long outlasted its lifespan, and cultural groups that have occupied the space since the 1970’s demand a permanent foundation for its walls. 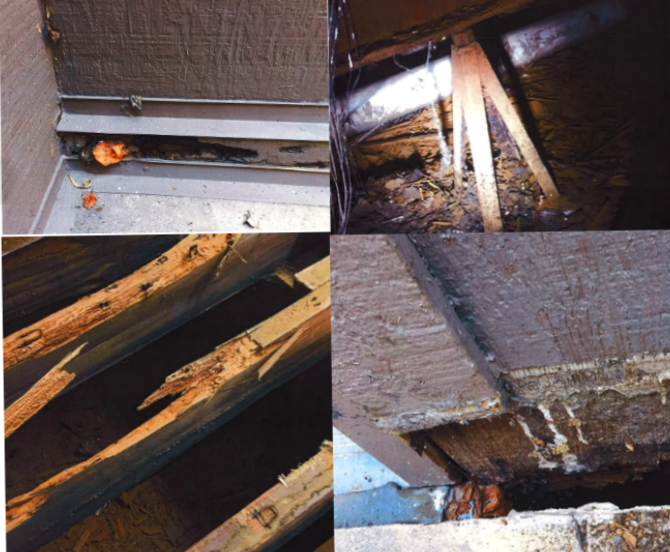 Photos from the structural assessment show wood rot in several locations under the building.

The building was categorized as a “Severe” life risk per the UC Seismic Policy, Schmittgen said, and advised that the building be either improved or demolished in 45 days time.

The report lists insect infestation and dryrot on the buildings floor, rust and corrosion on supporting steel beams and lack of adequate ventilation beneath the trailer’s floor. It concludes that the building’s problems create an unsafe condition in case of an earthquake.

Students from El Congreso, Mujer, Students for Justice in Palestine and conglomerate Mesa Directiva immediately scheduled a meeting with campus administrators after receiving the notice. Gathered in the Arnulfo Casillas’ room for over three hours on Friday, students and administrators tackled the historical significance of the aging building. 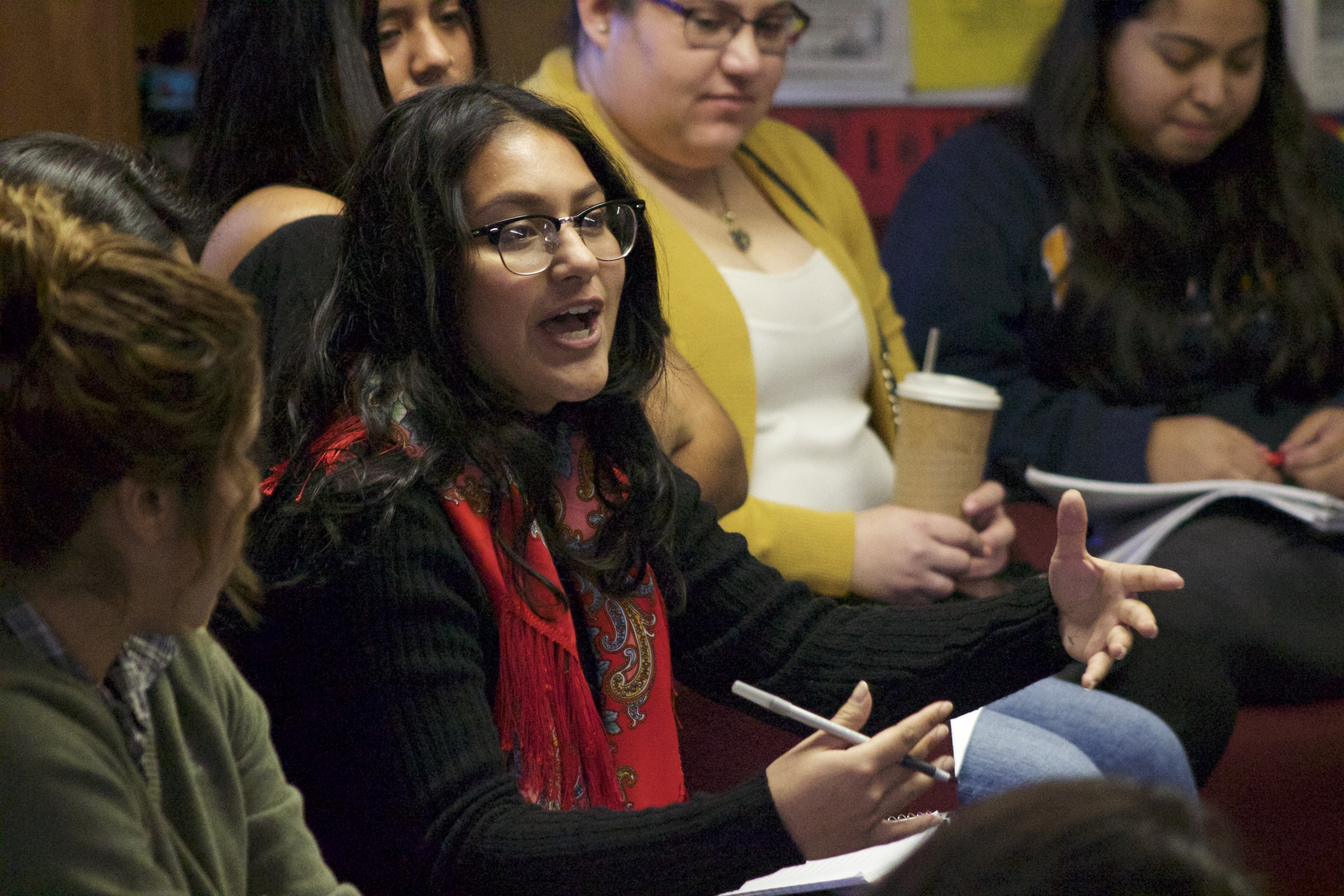 The room is decorated with banners of resistance, hand-painted murals cultural artifacts and trinkets from former occupants. Many know the building as El Centro de la Memoria, or the center of memory. Although its primary use is for organizing events and conferencing, students have slept, socialized and lived in the building over its 40-year history.

On Friday, Schmittgen enumerated the trailer’s hazards and asked students whether the building was “worth getting hurt over.” “Yes,” several replied.

Among numerous questions, speaker after speaker asked why UCSB administration had not understood the building’s condition prior to creating a 45-day evacuation deadline.

The building has existed for 30 years longer than intended, and students say the campus hasn’t tended to it despite decades of complaints about rodents, walls and other structural issues.

Fisher said he and Klawunn only noticed the problem during a walk-thru before the building’s intended renovation, finding “soft ground” and eventually a host of issues beneath the flooring.

“We don’t pull buildings apart on a daily basis to check if there’s a structural issue until there’s indication that there is a problem,” Fisher said. “There’s an implication that somehow we ignored this building…and that’s just not the case.”

El Centro did not have a water fountain until four months ago, and recently acquired outside lights and a label on the campus map. Located on low level ground, the building is susceptible to flooding and other water damage.

One speaker at the meeting offered a restoration method to lift the trailer with a crane, install a concrete pad to create a proper drainage system, replace the bottom section and set it back down. 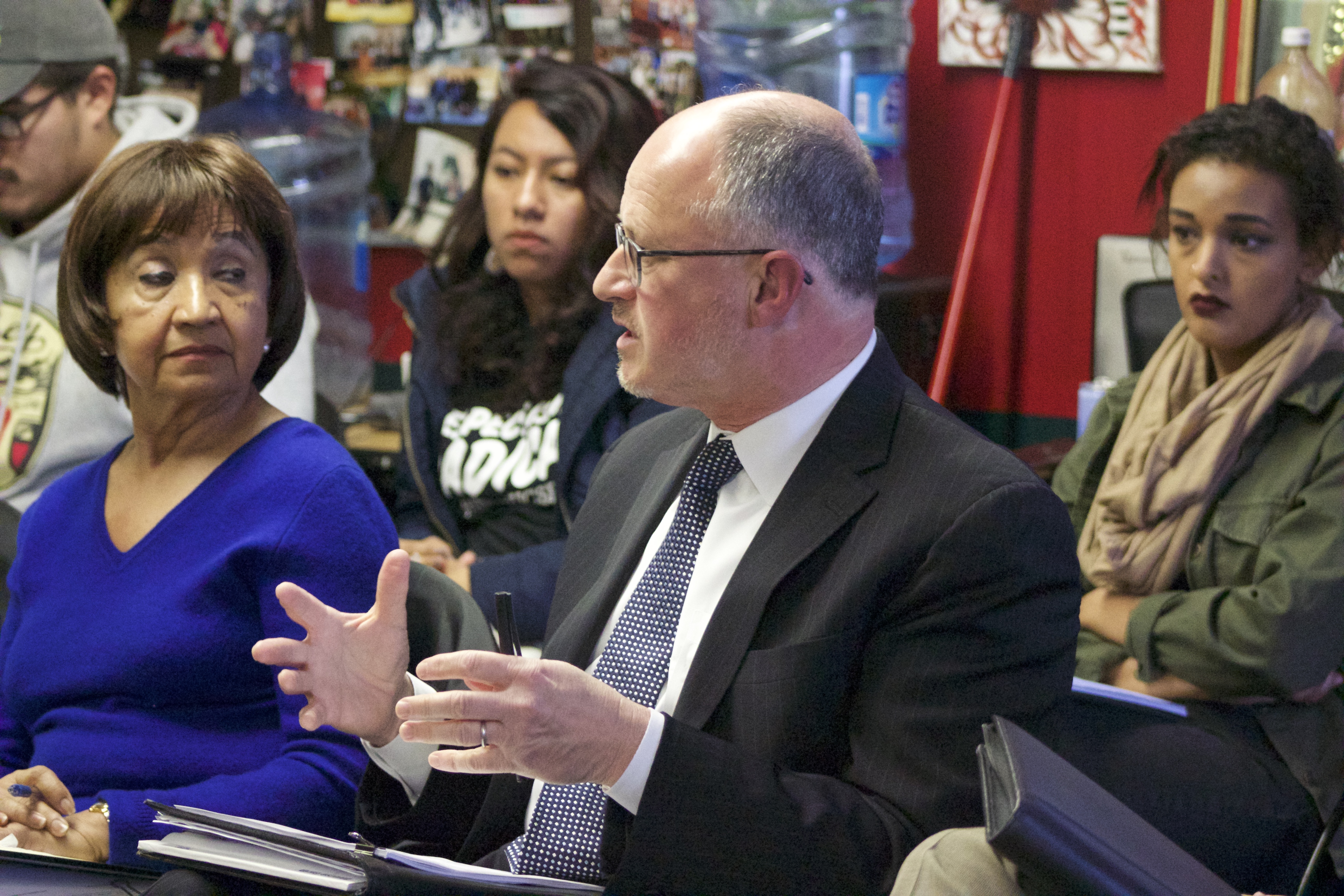 “We need to open up the walls and see what’s going on inside the walls, I can say we’ll look at that, but I can’t say definitively that it can be restored,” Fisher said.

Fisher suggested that because the room was made of inexpensive plywood, the walls could be removed, marked and tagged “like artwork,” and replaced around a new foundation. He said electric conduits must be also removed and could cause slight damage to the paint on the walls.

Because any additional dryrot would only be found behind the existing plywood, he said, the walls can be preserved even if there there is vertical damage.

“When it was installed, it was done in a way…like a temporary building. It’s been here for so long, it’s taken on a different life,” he said. “The bottomline with this is to make sure you’re safe.”

Klawunn offered Building 434, located opposite from Counseling and Career Services, as a potential temporary space and Gerardo Aldana, chair of the Chicano/Chicana Studies Department, shared its space floor in South Hall as another option.

“There’s probably no building on this campus that has the kind of significance for the campus, for the University of California, and for the country that this building does,” Klawunn said.

Group discussions about El Centro’s future will continue for several weeks, and the adjacent two-story section of the building will remain open if the annex is eventually closed.

“We’re not ready for a solution yet, that is part of the next step,” Fisher said.

Unfortunately, these “temporary” buildings are not designed to become permanent. This is a familiar story for me, as my CSU campus had five or six “temporary” buildings like this one that were supposed to be removed within 10 years but remained in use for over 30 years due to budget constraints. The rush to remove the last three of them began after someone fell through the floor on the second story of one of them in the 1990s. An inspection found tons of structural problems; the building was immediately evacuated and torn down as soon as a contract could be… Read more »

Marc Fisher is not the campus architect. He is the Vice Chancellor…

Is it coincidence that “trailer trash” campus groups like the illegal aliens used these buildings for their meetings? Or the name “El Centro,” like El Centro, CA literally has a lot of trailer trash residents? I wonder why they didn’t call these trailers ‘Beverly Hills’ or “Laguna Beach’.’ Rot in hell El Centro!

do you even go here?

This is to the anonymous idiot who apparently doesn’t know that “centro” means “center.” I find it hard to believe that the idiot who referred to El Centro in the derogatory manner that s/he did is an educated person who attends a university. This historic site is named after my brother Arnulfo Casillas, a decorated Vietnam combat veteran who gave most of his adult life to promoting fair play and equal access to higher education for all people. When, in 1968, your obvious hero, Donald Trump, was hiding behind his 5 military deferments like the coward that he is, my… Read more »

I thought it was pretty funny myself. If you haven’t been to El Centro, CA, I suggest you take a vacation there sometime. Once you soak it in, ask yourself where you’d rather live, assuming cost is not a factor – El Centro, or Santa Barbara.

yeah but this is in Santa Barbara not El Centro

Damn dude – thanks for pointing that out. My point was that the El Centro trailer is named after an armpit of a city.