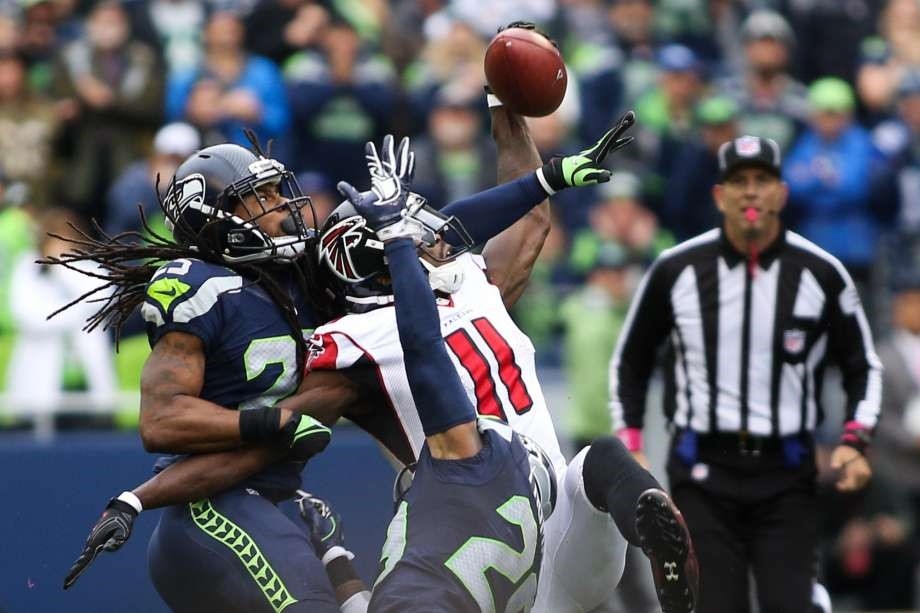 This matchup will see the, league’s most productive, Atlanta offense face-off against the ever formidable Seahawks secondary.

It’s time to see if Atlanta can put up points, when it most matters, in the post season. Just recently it was announced that the Falcons broke their franchise-record with 540 total points scored in 2016. This makes complete sense when you have a top-3 wide receiver in Julio Jones lining up on the outside, an outstanding 1-2 punch of a running back committee with Devonta Freeman and Tevin Coleman, and last but definitely not least the very talented Matt Ryan. Atlanta may have very well found themselves a gunslinger 2.0 in Ryan, better yet he might actually find himself as the league MVP when it’s all said and done. Now, with great offense comes great def- … actually, the Falcons are 27th overall in points allowed per game. Luckily, Seattle only averages 15 points per game on the road. Falcons’ fans can also rest even easier considering the Seahawks offensive line will be no match against defensive tackle Grady Jarrett. This youth sensation is sure to see his fair share of tackles, maybe even a sack or two.

Let’s dive quickly into Seattle’s Wild Card round against Detroit last week. The Detroit defense didn’t show up to play at all, Matthew Stafford had arguably his worst game of the year, keep in mind he was throwing with a finger injury, and the Lions just weren’t as playoff-ready as everyone had figured them to be. Regardless, a great primetime showing from Seattle, however, change needs to be made before facing Atlanta this Saturday. Partially, points need to be put on the board. Therefore, Russell Wilson has to maintain his momentum and the receiving corps has to start catching everything thrown their way; although, for the most part, this game will only be won if they can stop the very productive Falcons offense. Enter Richard Sherman and Michael Bennett. The game plan here is simple gentlemen, Richard stop Julio and Michael sack Ryan. It’s time again for Sherman to prove his moniker of “I’m the best corner in the game” and for Bennett to be as disruptive to an opposing offense as ever. 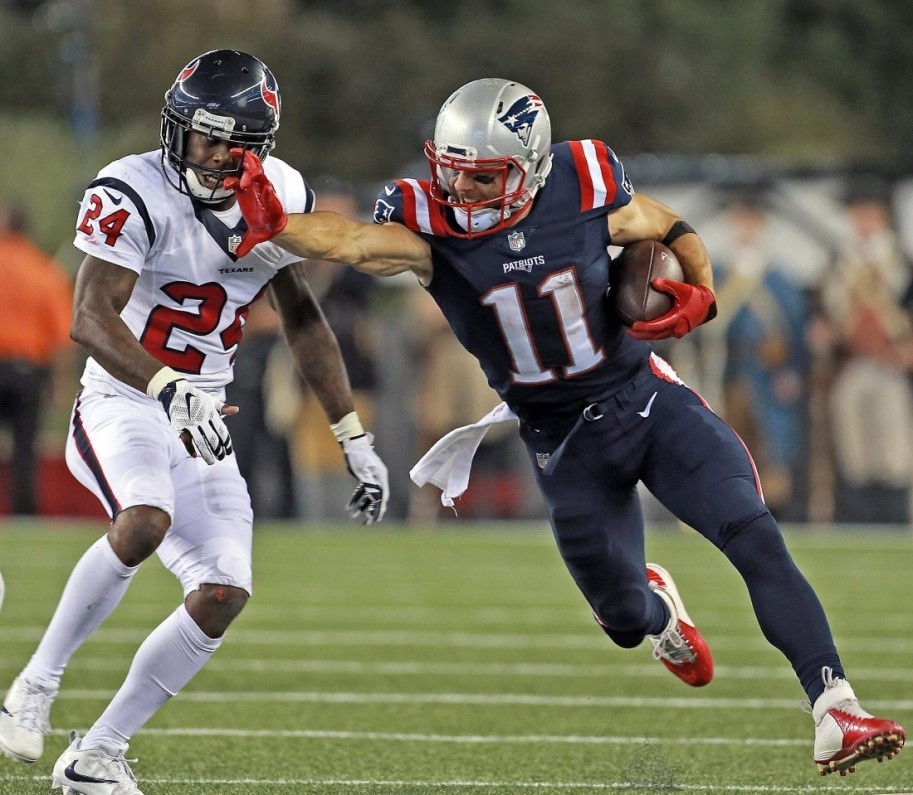 It’s a familiar sight in Foxborough, Massachusetts. Ever since the start of the Tom Brady era, Gillette Stadium and its fans have gotten used to being active this late in January for postseason football. Only difference here is a big thing is missing. The league’s best tight-end, Rob Gronkowski, will not be active ever since his slew of injuries halfway through the season. What does this mean for the Patriots? The receivers will have to carry the slack, which they have been doing for the most part with Martellus Bennett filling in as big man and rookie Malcolm Mitchell surprising us all. However, it’ll be Julian Edelman in at the slot that will set the tempo for the game. Edelman is Tom Brady’s favorite, statistically speaking, target. As for run plays, the new protocol is hand it to LeGarrette Blount. He tried to make a statement last year, but has definitely gotten the idea through this season: Blount is the lead back for New England…and a scary good one for that matter.

The “Upset Every Raiders Fan in the Nation” award goes to Houston, runner-up: Derek Carr’s season-ending injury. It was a close one considering the circumstances between the Texans and Raiders game, a little too close. Brock Osweiler actually showed his worth last week, even if that worth still comes nowhere near his $70 million cost. In the end, all the applause went to the Texans defense, and rightfully so. Thanks to standout performances by the two outside linebackers, Jadeveon Clowney and Whitney Mercilus, the Raiders quarterback Connor Cook was hardly able to look down the field for more than a second without +200 lbs. of pressure rushing his way. Therefore, if the Texans wish to scrape a postseason victory on the road, they’ll have to manage Clowney and Mercilus’ playtime whilst making sure the play calls frequently involve blitz arrows pointing towards Brady. 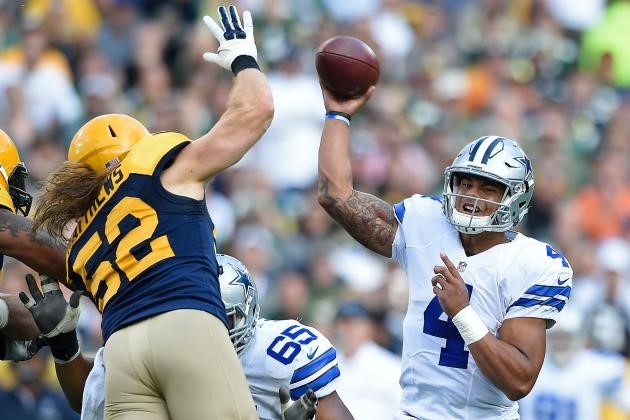 Offense aficionados eat your heart out; it’s going to be a long day of great football.

Prescott and Elliott, two of the most talked about rookies in the NFL right now. When it mattered most as Dallas lost Romo to yet another injury, Prescott stepped forward and gave Cowboys fans hope. Now, all his work as the QB for “America’s team” has finally paid off…playoff time. Who better to compliment his play than rookie talent Elliott? It doesn’t stop there folks, who will protect Prescott from opposing rushers and open gaps for Elliot to rush through? The larger than life Cowboys offensive line, that’s who; I had to include them here considering they don’t get nowhere near enough media attention as they should for the work they do. At the end of the day though, the spotlight will remain focused on the rookies and whether or not they can lead their team to glory.

Here’s some big news, really good if you’re a Cowboys fan and really bad if you’re a Packers fan, Jordy Nelson is ruled out for this divisional matchup. What on Earth will the Packers ever do now? Well, when your quarterback is Aaron Rodgers, you tend to find a way to win regardless of the situation. Randall Cobb, you’re up next. Last week, on only five receptions, Cobb caught 116 yards for three touchdowns. It doesn’t take an expert to realize that Cobb should remain isolated as much as possible in the slot receiver position. As for the big question, who will fill in on the outside for Jordy Nelson? Davante Adams, congrats, you’re the winner. Also against the Giants, Adams caught 125 yards for a touchdown on eight receptions. Wow, looks like either the receivers are really great or Rodgers is too good of a quarterback that losing his number one target doesn’t faze him. Well, the truth is that both are correct, and that will be proven as Green Bay is sure to put up a close game against Dallas. 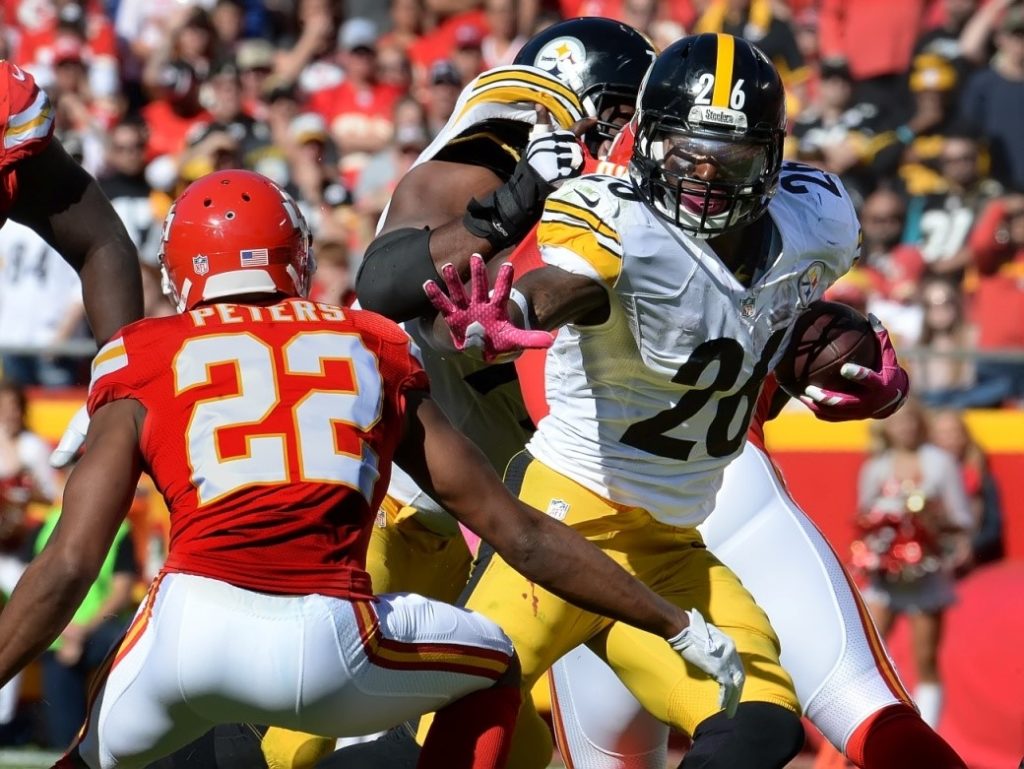 Steelers’ best offensive trio in the league versus the Chiefs’ best defense in the league, surely this will be game of the week.

It’s plain and simple; the Steelers swept the Dolphins last week. With the final score at 30-12, star players like Le’Veon Bell had 167 all-purpose yards for two touchdowns. Not to mention Antonio Brown’s 124 yards for two more touchdowns on five receptions, truly phenomenal play and very entertaining for the fans. The player to highlight here, however, is the man behind the passes, quarterback Ben Roethlisberger. Aged 34, Roethlisberger is still making plays he’d normally make five years ago. Which is why the Steelers postseason success will revolve around Big Ben’s consistency from here on out. Now, onto some media drama, Head Coach Mike Tomlin has been in the news recently for being picked apart on his true team role. “He’s a ‘cheerleader guy’”, “he runs an organization built on emotion, not on actual structure”, these are but a few things critics have stated against Tomlin’s tactics. The rational thing here is to not lash back at media outlets, rather do what every other NFL coach does before a game on Sunday; plan for a win. It’ll be a hard one, but Tomlin will be sure to come out to Arrowhead Stadium with something to prove.

Marcus Peters, Eric Berry, Justin Houston, Dontari Poe. These are just a few of many highly esteemed players on the Chiefs defense, but surely postseason games can’t be won on defense alone. This is where Tyreek Hill comes in. Hill is arguably the fastest player in the entire NFL and will have opposing defensive coordinators scratching their head at how to shut him down. He can catch touchdowns, he can run them in, and heck, he can even return kicks. All around, Hill is the most exciting player for Kansas City right now, and he will once again have his day, this time in the postseason. Don’t count on him having all the fun however, running back Spencer Ware has been quite the replacement ever since Pro Bowler Jamaal Charles was injured early on in the season. Averaging 4.3 yards per hand-off, don’t be surprised when Ware is running straight through the center on 3rd down.

It’s the postseason, so every game from here on out is sure to be exciting. This late in the season, it’s all up to the star athletes to come through for their teams and really show how much they want that championship ring. The winners of this round gain the opportunity, next week, to try and land a spot in next month’s Super Bowl LI.