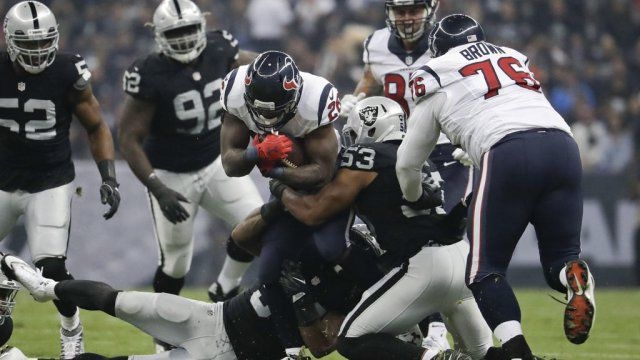 The biggest factor heading into this game for both teams would reside at the most important position on the field, quarterbacks.

In Week 16, Raiders quarterback Derek Carr went down after getting sacked by Colts defensive end Trent Cole. Home fans were breathless as they saw their young franchise quarterback go down then get carted back into the locker room. After an MRI, it was noted that Carr withheld a broken fibula. After immediately undergoing surgery the following day, doctors expect a recovery time table of 6-8 weeks. Soon afterward Derek Carr tweeted out, “surgery couldn’t have gone better!” Yet the chances of the Raiders’ MVP candidate returning in time for the post season are slim to none. All signs point to Connor Cook suiting up this Sunday against the Texans.

Entering this season, quarterback Brock Osweiler was newly signed for approximately $70 million and now the guy in Houston. Then after several inconsistent performances, 2nd stringer Tom Savage replaced Osweiler nearing the end of the season. Third-year quarterback Savage looked like he’d lead the Texans into the playoffs but then endured a concussion off a QB sneak play. Now, Osweiler will once again find himself with the keys to the car. He will look to prove his worth during the playoffs in order to gain back the trust of fans. A primetime Wild Card win against a sneaky good Raiders secondary this Sunday is all he needs to achieve this. 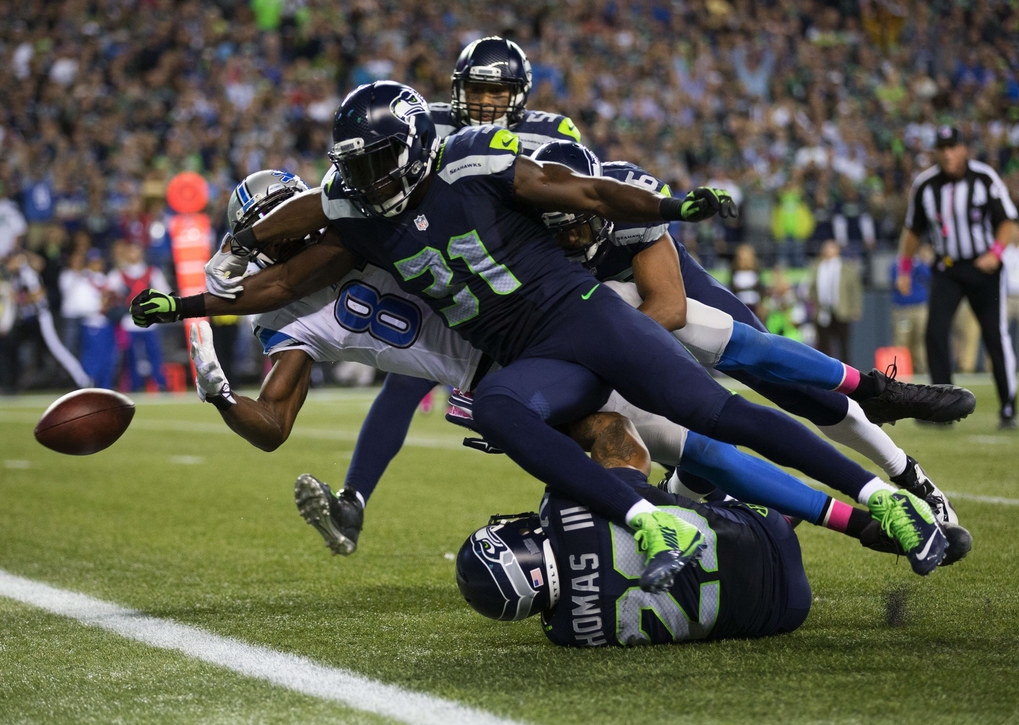 The winner of this matchup will revolve around each team’s ability to execute in the red zone and to put up points early in the game.

For a team of their caliber, there hasn’t been much media commotion surrounding the Seahawks. Some Seattle fans may argue that its better this way, considering the team similarly went under the radar for their consecutive Super Bowl appearances in 2013 and 2014. Nevertheless, keep them in elite consideration. Out of all the top QBs, Wilson performed arguably the worst in the season’s first few weeks. Aged 28, he now re-enters the postseason playing like his normal talented self and with plenty of playoff experience. Another position to analyze would have to come at free safety, where veteran Earl Thomas III will be absent from. He recently sustained a broken leg injury and will sit out the entire rest of the season. Therefore, four-time Pro Bowler Kam Chancellor will have to pick up the slack when it comes to combating deep throws and down the middle runs.

The Lions have had a great season overall, but now debatably join the playoff competition as the underdogs. With Matthew Stafford’s recent decline, the Lions barely managed a Wild Card spot last week. A great performance away from home by Stafford will be the ultimate catalyst if the Lions wish to have a chance against the Seahawks. By correlation, this also means his receiving corps will have to shine as well. In particular, the Lions’ number one wide receiver Golden Tate will have to catch everything thrown his way; especially so in the red zone, where the Lions have recently not been able to capitalize in.

This matchup will see the quarterbacks taking a back seat to skill position players and their ability to perform under postseason pressure.

The Dolphins really lucked out by finally realizing the talent they had in Jay Ajayi. During the preseason, Ajayi lost his role as lead back once veteran Arian Foster took the reins. Then, after a surprise midseason retirement, Foster relinquished his duties and Ajayi once again had the chance to prove his worth, and that he did. 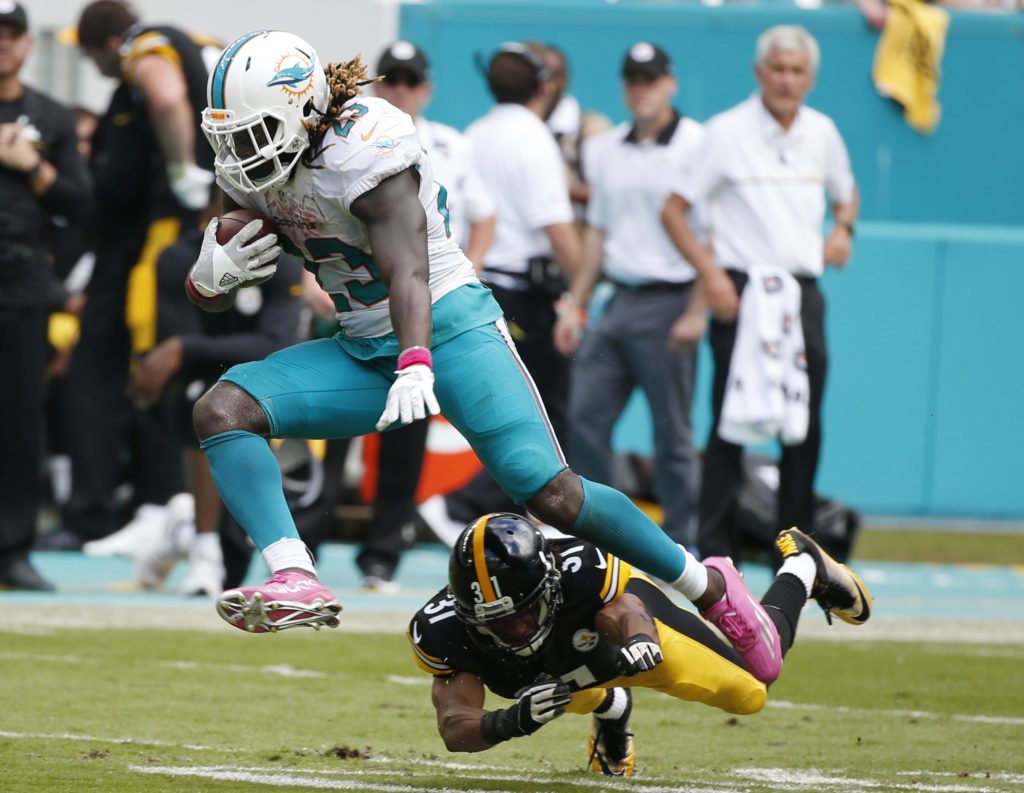 By posting 1,272 rushing yards and 8 touchdowns in just this, his sophomore, season he cemented his lead back status. Miami will rely on Ajayi’s work rate as well as defensive tackle Ndamukong Suh’s ever-talented rush defense in order to counter Pittsburgh’s energetic offense.

This Pittsburgh side has had its fair share of playoff experience. Quarterback Ben Roethlisberger will lead at the helm, but his two favorite weapons of Le’Veon Bell & Antonio Brown will carry most of the bourdon. While they are 6-2 at home, the Dolphins have won nine of their past eleven matchups. Thus, if there is one game this weekend that may likely result in an upset victory it’d be this one. So Steelers fans should brace themselves for a close one. 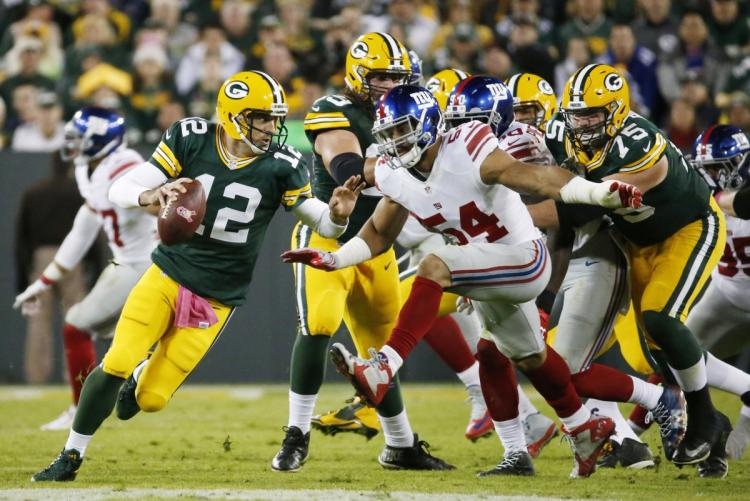 This matchup will surely be the game of the week as two well-matched sides pit their best players against each other.

Time and time again, quarterback sensation Aaron Rodgers has proven that he can carry his team. He will look to repeat this notion this Sunday alongside his trusty receiver Jordy Nelson. Together they recorded 97 receptions, 1,257 yards, and 14 touchdowns on the season. This ultimately netted them the most touchdowns in the NFL for both Rodgers and Nelson in their respective passing/receiving categories. It will be key for these two to connect and get going early on against a dangerous Giants secondary.

Odell Beckham Jr. is by far the most targeted, reception-wise, on the New York Giants. With reason too, considering he is one of the league’s best & youngest talents. All signs point to Eli Manning feeding Odell frequently, both on 3rd down situations and deep threat passes. As for the New York defense, look no farther than breakout star safety Landon Collins. His ability to make plays out of nothing and deliver the big hits required is similar to what shined in the Giants’ Super Bowl-winning 2012 team. Altogether, if the Giants manage a win in this early on the tough spot; don’t be shocked to see them still on the field weeks from now.

A sweep for all home teams this week isn’t totally absurd, but do expect close games and perhaps even some overtimes. Veterans will play a major role in leading their teams through the strenuous following postseason weeks. Previous playoff experience in coaching staffs will also promote conservative play calling.