The Daily Nexus
Sports
Gauchos Aiming to Improve Slow Start Against UC Davis in Conference Opener
January 4, 2017 at 5:23 am by Jorge Mercado

Just days since the beginning of a new year, the UCSB men’s basketball team is ready to start 2017 fresh as tonight it takes on UC Davis in the first of 16 Big West conference games this season.

The Gauchos come into the contest with a 2-10 overall record after blowing a 20-point lead in their last outing against Seattle University on December 30th. They are also winless on the road with a 0-7 mark.

UC Davis hosts the visiting ‘Chos boasting an 8-7 overall record, the only Big West team with a winning record, and are winners in three of their last four games including one at Seattle University on December 28th. 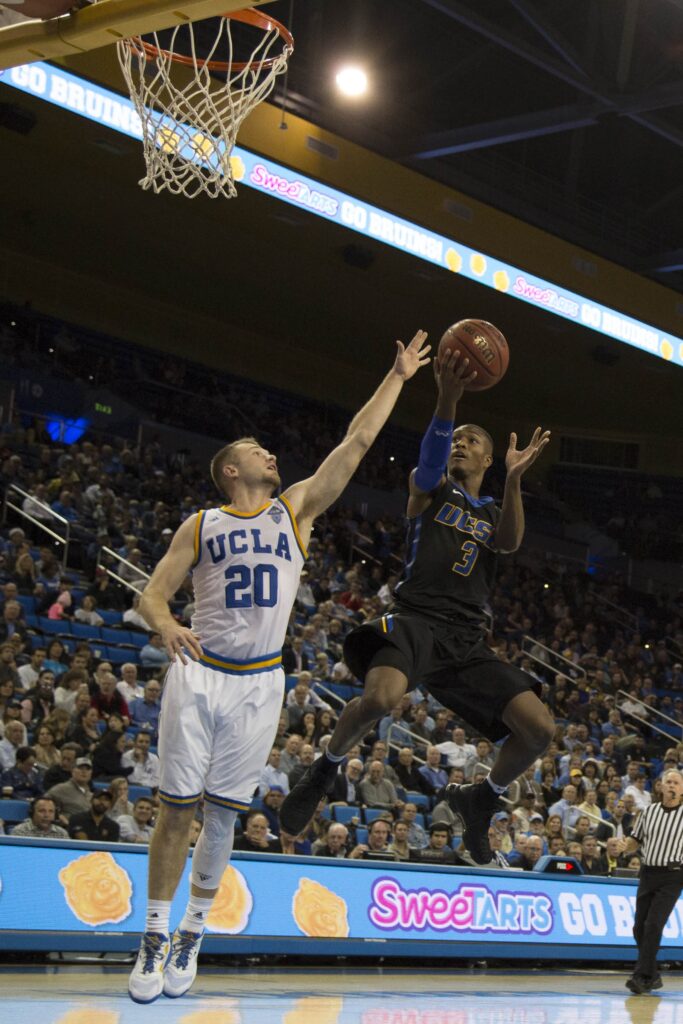 Part of the reason for Santa Barbara’s early woes is the fact that they have faced some very tough opponents. In fact, UCSB’s non-conference strength of schedule ranks 20th in the nation according to ESPN’s latest poll, the highest of any Big West team, with fellow conference counterpart Long Beach State sitting only five slots behind at 25 and sits at 5-11 after non-conference play.

Despite having a clearly better overall record coming into this match-up, the Aggies NCSS (non-conference strength of schedule) ranked 301st of the 347 teams eligible in Division I college basketball.

All-time, the Gauchos have owned the match-up between these two teams dating back to 1939 winning 28 of the 34 games played. Last season, UCSB defeated UC Davis three times during its nine-game winning streak including a regular season sweep and defeating them once more in the first round of the Big West Tournament 87-61.

In order to repeat such dominance against a formidable opponent, Santa Barbara will need to rely heavily on the presence of point guard Eric Childress and shooting guard Gabe Vincent.

Being the only senior on the team, Childress will certainly need to lead the example now that conference play has arrived. He currently ranks first on the team in three-point shooting percentage (37.5) assists (3.8) and steals (1.4) while averaging the second most minutes of anyone on the team (32.6).

As a sophomore last season, Vincent averaged 18 points per game in three match-ups against the Aggies, shooting 45 percent from the field and 30 percent from three-point range. His worst performance, however, came at UC Davis where he only scored 13 points on 3-11 shooting and missed all four of his three-point attempts.

Coming into this match, the junior is averaging 16.2 points per game, the highest on the team, but his shooting percentage only ranks ninth highest among his squad.

As a team, one of the biggest things the Gauchos will need to change is their three-point shooting. Despite Childress and Vincent each shooting above 30 percent, the team ranks 336 out of 347 in the nation in three-point percentage at 28.7. In their two wins this season, UCSB shot a combined 40 percent from three-point range, indicating that when the three-ball is rolling, so it the team.

Wanting to avenge the three losses from last season, the Aggies will look to rely on senior Brynton Lemar. The guard is second on the team in points per game (14.2) and put up some of his best performances last season against the Gauchos including his first career double-double last year at the Thunderdome with a 16 point and 11 rebound — another career high — performance.

Another big name to watch out for is forward Chima Moneke who was awarded Big West Player of the Week honors for the first time in his career after averaging 17 points and 12 rebounds last week in two winning efforts. The junior transfer ranks first on the team in points (14.9) and rebounds (8.3).

The new year brings about new hopes in fans that UCSB can turn around this season and make the most of it despite missing forwards Jalen Canty and Ami Lakoju after being ruled ineligible to play due to academic reasons. Having not won a Big West regular season title since 2009, it certainly would be a treat to win it this year with such a young team and after such a slow start.

UCSB tips off conference play against UC Davis at The Pavillion on Wednesday, January 4th at 7 p.m.