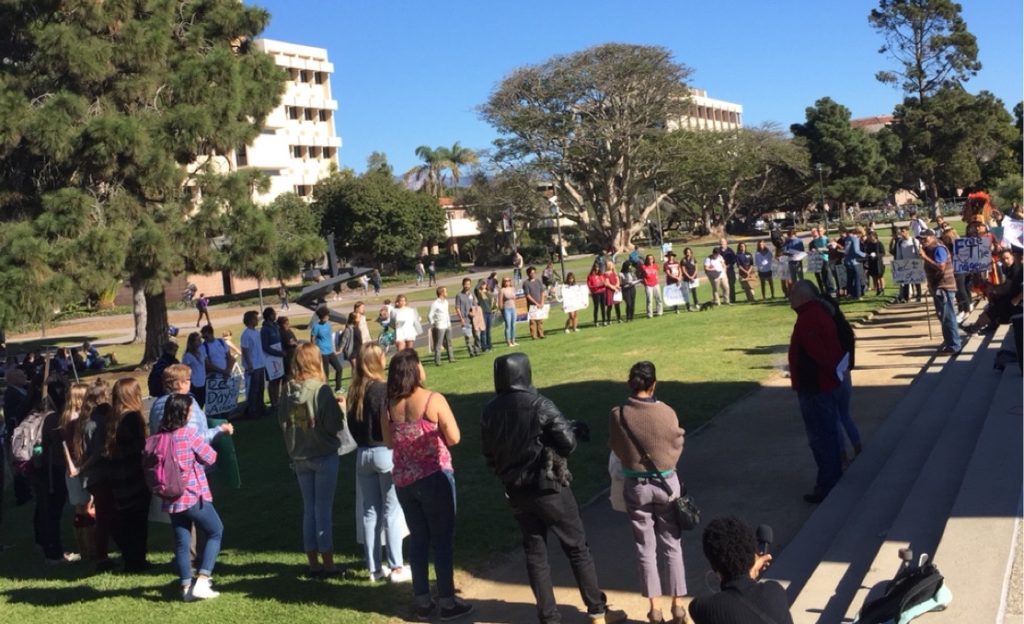 Organizers of the protest expressed concern about the federal government moving the pipeline from the affluent community of Bismarck, North Dakota to the reservation, an act they said is “environmental racism.” Gerardo Banuelos / Daily Nexus

Chants of “You can’t drink oil, keep it in the soil” filled the air Wednesday as approximately 100 students joined members of the local Chumash tribe in protest against the Dakota Access Pipeline.

Students and organizers formed a huge circle next to Storke Tower as men from the Chumash tribe spoke at length about the negative effects the proposed pipeline would have on their land and, more broadly, on relations between the Native American people and the U.S. government.

“What happens at Standing Rock sets a precedent for everywhere else,” Melissa Sevilla, one of the event organizers, said. “We are bringing people together to hopefully get Wells Fargo and other banks to divest their money from Dakota Access Pipeline.”

Dec. 1 is an International Day of Action against the Dakota Access Pipeline. Protesters say the construction of the $3.8 billion pipeline threatens the reservation of the Standing Rock Sioux tribe in Dakota and the well-being of their drinking water. 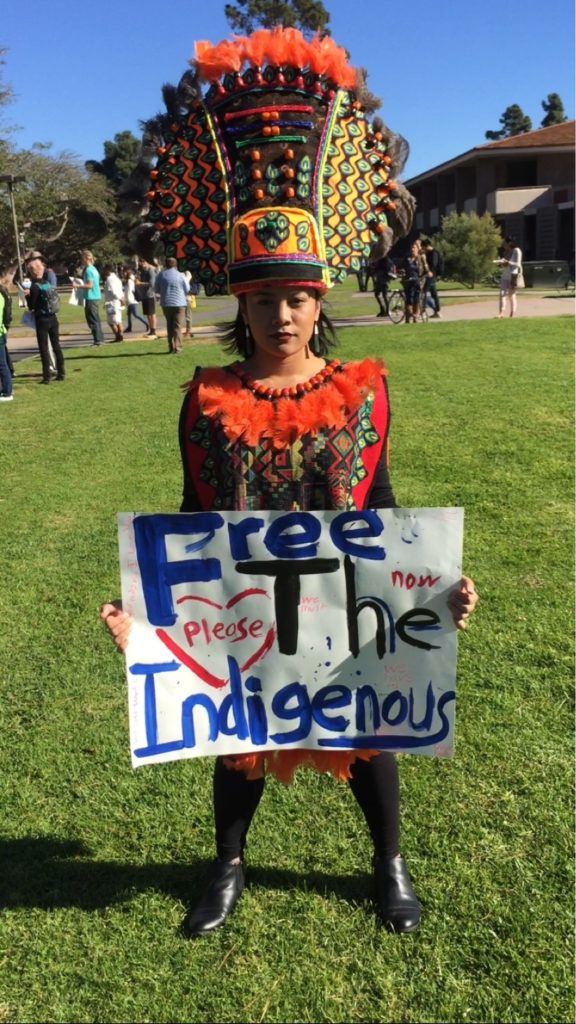 “We all know that pipelines are not as monitored as they nearly should be,” Sevilla said. She added that the pipeline poses a large threat to the Missouri river, which several million people use for drinking water and recreational purposes.

Organizers also expressed concern about the federal government moving the pipeline from the affluent community of Bismarck, North Dakota to the reservation, an act they said is “environmental racism.” One protester held a sign which read “Please free the indigenous now.”

Pacomio Sun, a Chumash tribe member, said he fears a Trump administration will worsen the relationships between Native Americans and the federal government.

“Our battle and struggle to protect common resources and necessities like water will become much harder, which makes it all the more important to unite and flex our strength,” Sun said.

Sevilla also expressed solidarity for victims of the recent violence in South Dakota. The gathering concluded with a call for everyone to spread the word to friends and family and to stand behind the indigenous people in their struggle against the pipeline.

As hurried bikers rode by Storke Tower and glanced at the protest before riding away, Sun said “That’s how it feels to be an Indian. Most people hear about our suffering but don’t do anything to help us out. I urge you to be different and fight for our social justice as well.”

The Student Activist Network (SAW) is gathering donations to finance a trip to Standing Rock this week. Several members of SAW are collecting supplies and the organization hopes to meet a goal of $1,300 by Dec. 12.