UCSB Swim will be competing at the annual Texas Invitational this week. Starting on Thursday and ending on Saturday, the tournament will take place at the University of Texas’ Lee & Joe Jamail Texas Swimming Center, where the Longhorns will host a number of choice teams such as Stanford and BYU. 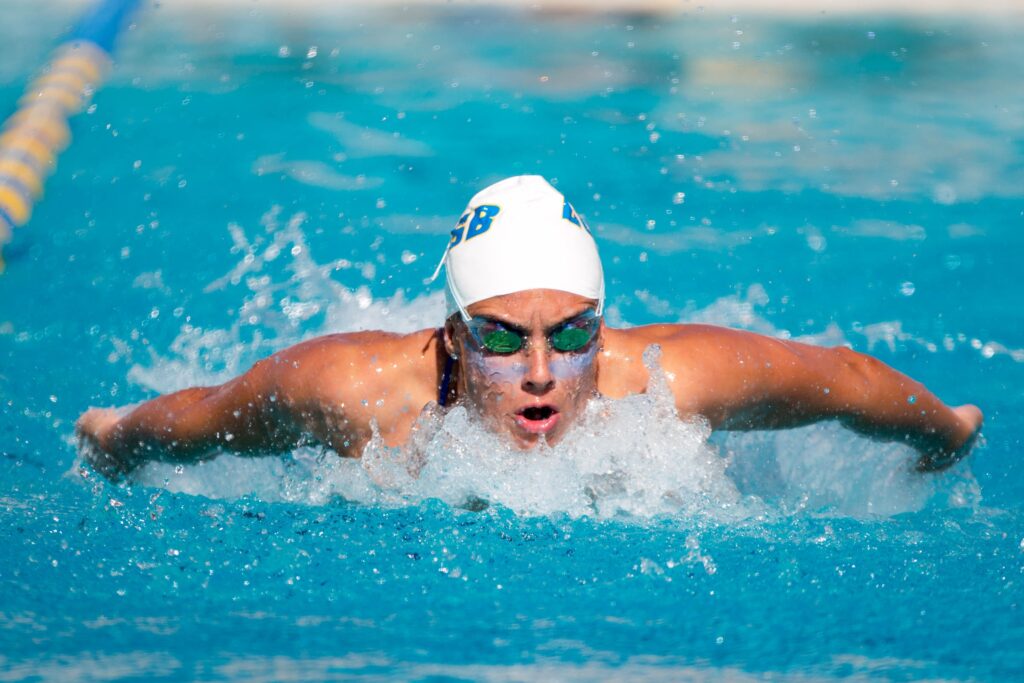 For both the men’s and women’s teams, this will be the fifth swim meet for the year. It will also be the sixth consecutive time that Santa Barbara attends the Texas Invitational.

Currently, both the men and women manage a .500 record; each entering the competition at 2-2 on the season. This is following the men’s first place finish in last week’s A3 Performance Invitational and the women’s third place result in their respective division.

Both sides will look to continue their momentum as they stay on the road for this week’s invitational, considering that neither team has yet to claim a victory in Austin.

Despite never having an elite performance at this particular invitational, UCSB has managed numerous achievements in Texas during previous years. Specifically speaking, this was accomplished from a few certain swimmers.

In 2013, former Gaucho Wade Allen broke the school record in the men’s 100 freestyle with a time of 0:43.26. Another UCSB swim alum, Andrea Ward, broke the women’s 200 butterfly record, a record which she previously owned herself, by a three-second difference of 1:56.11.

Placing third that year in her championship heat, Ward’s time of 1:57.18 in the women’s 200 butterfly also earned NCAA consideration. For the men’s, former Gaucho Mickey Mowry took seventh overall in the 200 butterfly championship final with a time of 1:45.30, acquiring himself an NCAA nod as well.

In general, the Texas Invitational has housed many of the Gauchos’ feats in swim. More broken records and NCAA time considerations will hopefully follow in this year’s competition.

The Texas Invitational is an annually held tournament where only the best universities and their swimming programs compete. Over the years, it has transitioned back and forth from a Hall of Fame tournament to hosting for USA Swimming.

Previous A3 Performance Invitational opponent UCLA will also be present in Austin, Texas after placing first overall in the tournament last week. The point separation between the Bruins and Gauchos wasn’t too far off, so UCSB will look to close that competitive gap this week.

Texas Invitational rulings state that each school may only send a select amount of swimmers to represent them. Therefore, overall scoring will depend on individual results and placement times regarding each race type.

Alumni had previously been present to race for UCSB. Now more recently the Swim program has centered its team on only active NCAA level members.

The name list of UCSB’s competitors has yet to be published. Confirmation should arrive within the next few days.

The Texas Invitational begins this Thursday, Dec. 1 and will conclude on Saturday Dec. 3. The invitational is scheduled to take place all day as tournament preliminaries will usually be held during the day, whilst finals are in the night.