One of the world’s best spoken word poets, Paul Tran, hosted “Speak Deadly,” an event held at UCSB’s MCC venue in Downtown Santa Barbara. Tran is a queer, gender queer Vietnamese-American poet and historian who has received acclaim from critics across the globe. Last year, they became the 10th ranked slam poet in the world at the National Poetry Slam held in Oakland, California.

The event took place in local coffee shop Breakfast. A crisp fall breeze floated through the open-air venue as a DJ spun funky and energetic tracks on vinyl. Yes, this poetry show had a dedicated DJ. At 7:30, the music faded as the night’s poets were introduced, the first of which was Pablo Robles, a fourth-year English major at UCSB.

Nerves were tense, and excitement was high for Robles, who opened up for Tran with a pair of poems. Robles began with a poem in response to the nation’s recent presidential election. The recitation was an emotional and personal piece inspired by the adversity he has faced being a Latino American in today’s political climate. Robles holds his heritage close to his heart and takes pride in the strength that he and his family have exhibited in all the hardship that has befallen them. The poet’s words danced off his tongue in a manner that perfectly primed the crowd for the emotional rollercoaster that was slated to follow.

The crowd was comprised primarily of young, diverse individuals who were eager to learn about Tran’s unique perspective. Tran’s performance was moving, hilarious, disheartening and an amalgamation of other sentiments that encapsulated the audience in a state of reverence. Common themes of their poems focused on subjects including history, trauma and American hegemony. Tran’s illustrious persona is peppered with pop-culture references and witty jokes. Many would concur that if the poet ever loses interest in spoken word, they could certainly find work in stand-up comedy. One of Tran’s most impressive qualities is their ability to hit you with another punchline before you even have the chance to understand the last. 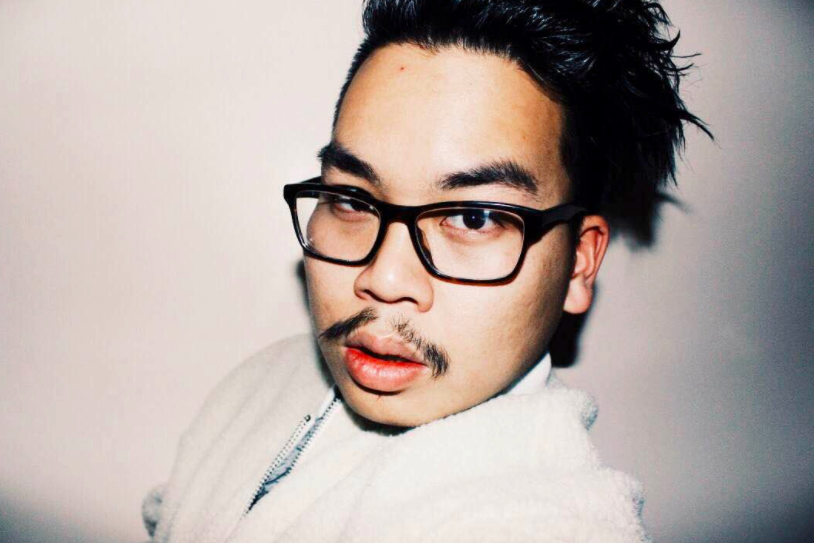 Tran oscillated between notes of frustration and solemnity in the recitation of their first poem.  The poet reflected on their relationship with their mother and the strength that she demonstrated in the face of mounting discrimination as a Vietnamese immigrant.

After a sequence of three poems, Tran opened up for questions from the crowd. One woman asked about how Tran first entered the realm of spoken word, another inquired where they got their top. Tran answered with a cordial and thoughtful response to each question and implored the audience to ask more. The poet then went on to perform several more poems. The second set of poems was calmer and more melancholic than the prior. Within these pieces were fragments of Tran’s father and how the relationship between the two shaped who Tran is today. Afterward, the poet stayed to mingle with and answer questions from those who came to watch.

Unity was the focus of the evening; attendees were able to connect with Tran in a manner that is refreshingly open and comforting. Tran radiates an aura that immediately makes those in their presence feel welcomed and appreciated.