The Daily Nexus
Science & Tech
Inspiring Photonics for the Future
November 28, 2016 at 12:05 pm by Dana Jessen

Following the spirit of the University of California’s unofficial motto of giving back to their communities, the Center for Science and Engineering Partnerships (CSEP), in partnership with the American Institute for Manufacturing Integrated Photonics (A.I.M. Photonics), has undertaken a new mission to introduce middle school students, especially young women, to the burgeoning field of photonics.

Photonics is a branch of engineering and physics that focuses on the properties and transmission of photons, the fundamental particles of light, in technologies such as fiber optics.

As Wendy Ibsen, the associate director of CSEP, proudly states, “We’re known as the west coast hub of A.I.M. [Photonics]. USCB happens to have a very prestigious group of researchers in that field, which is unique because many of the other research centers are back east.”

A.I.M. Photonics was initiated by President Obama in 2014 in order to modernize manufacturing by identifying key areas which will become the future of manufacturing in America whilst creating new jobs.

However, Ibsen notes the “main goal [of CSEP] is to attempt to promote knowledge and career options for pre-college students in science and engineering.” She recognizes the value of introducing young students to this unique offshoot of engineering.

“I think the UCs in particular have a mission to increase diversity and give back to the communities they live in. Our programs fit in nicely to this mission. Each UC’s particular outreach programs depend on the strength of the school,” said Ibsen. “I think our community [of Santa Barbara, Goleta, and Carpinteria] is receptive of these programs and is a supportive community that wants to learn more. Santa Barbara has a lot of nonprofits and groups that are interested in bettering the education of our students.”

For example, one of CSEP’s programs is the Family Ultimate Science Exploration (F.U.S.E.) program, which is held twice a year at Carpinteria Middle School and Santa Barbara Junior High School. 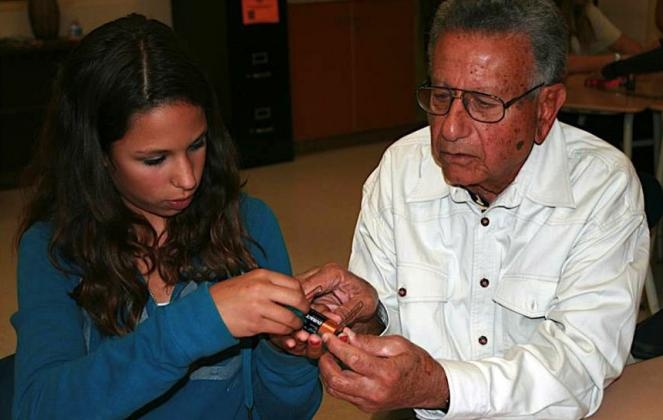 F.U.S.E continues with a program for underrepresented students and their families to gain familiarity with the practice of science, its importance in education and its promise of exciting career options. / Courtesy of csep.cnsi.ucsb.edu

F.U.S.E. was started in collaboration with Marilyn Garza, a science teacher at Santa Barbara Junior High, over a decade ago, and has recently expanded to the local Girls Inc.

Each F.U.S.E. night is set up like a mock school day with three 25-minute “periods” where students can work on different science activities with their parents in order to help create conversations at home about technology and the value of science. It is run by graduate students and postdoctoral volunteers who use their technical knowledge to create and teach the short lessons.

Another program is the School for Scientific Thought, which is a five-saturday mini-course taught by graduate students and postdoctorals about topics related to their field of research. This program is usually geared toward high school students and is free to those who are willing to commit to all five sessions.

Although the series beginning in January 2017 are yet to be announced, the courses that ended in October have spanned a variety of topics: photonics, light and lasers; general neuroscience; brain hacks such as logic and critical thinking and computer programming of data visualization (i.e. creating graphics to understand trends of big data).

However, one of the most important outreaches for photonics specifically is run by the IEEE Photonics Society, a graduate student association. They are a small group of students on campus who are studying photonics and have created a whole week of programming for local middle school girls in order to further educate and excite them about the field. 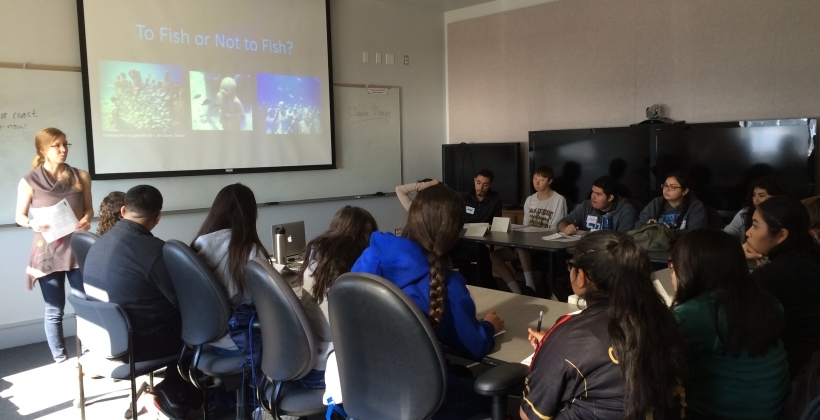 Another program taught by UCSB researchers is the School for Scientific Thought (SST). The SST classes introduce students to concepts in science that extend beyond the typical high school science classroom – from nanotechnology to reverse engineering – and relate these concepts to real world applications. / Courtesy of csep.cnsi.ucsb.edu

One of the more exciting activities of the IEEE’s Introduce a Girl to Photonics Week are the trips to see high tech facilities, such as the clean room on campus.

The clean room at UCSB received major funding from the National Science Foundation and is accessible not only to UCSB researchers, but to local companies as well. The idea is that small companies can pay a low fee to use these facilities they would not otherwise have access to in order to innovate in big ways that would normally be cost prohibitive.

UCSB’s clean room specializes in group III through group V semi conductors, and is “what makes [UCSB] unique in this whole ecosystem of clean rooms,” said Ibsen. “With photonics, you can only make lasers with III-IV semiconductors. Places like Google send people here specifically to work with these materials because they’re unique.”

It’s especially important to note not only are IEEE and CSEP creating these educational outreach programs, but they are also finding as many women as they can in the industry to “represent and demonstrate to young girls that there are women in these fields such as engineering,” said Ibsen.

As electrical and computer engineering graduate student, IEEE secretary and outreach volunteer Victoria Rosborough said, “I really want everyone to get involved, but it’s pretty cool to have female role models. Electrical engineering is about 30 percent women, whereas in fields like biology it’s a lot more equal. Part of the problem of why there’s not as many women in engineering is that there are no role models. We need to get more diversity to get that inspiration.”

One of the more rewarding moments Rosborough recalled was when a young student she was teaching at a F.U.S.E. night asked “Is this what photonics is?” after recognizing similarities to what she had learned during Introduce a Girl to Photonics Week. As Ibsen says, “It makes me really happy that grad students, postdocs, faculty [and] staff are willing to make these outreaches and give back to the community. We’re bringing in experts who can answer questions and keep the curiosity going.”