The Daily Nexus
Swim and Dive
UCSB Men’s Swimming Finish 1st at A3 Invite, Women’s Clinch 3rd
November 22, 2016 at 2:23 am by Richard Benites

Competition was fierce these past few days at East Los Angeles College’s swim facility where, for the fourth year straight, the A3 Performance Invitational was held. For another consecutive year, UC Santa Barbara impressed in the overall rankings. 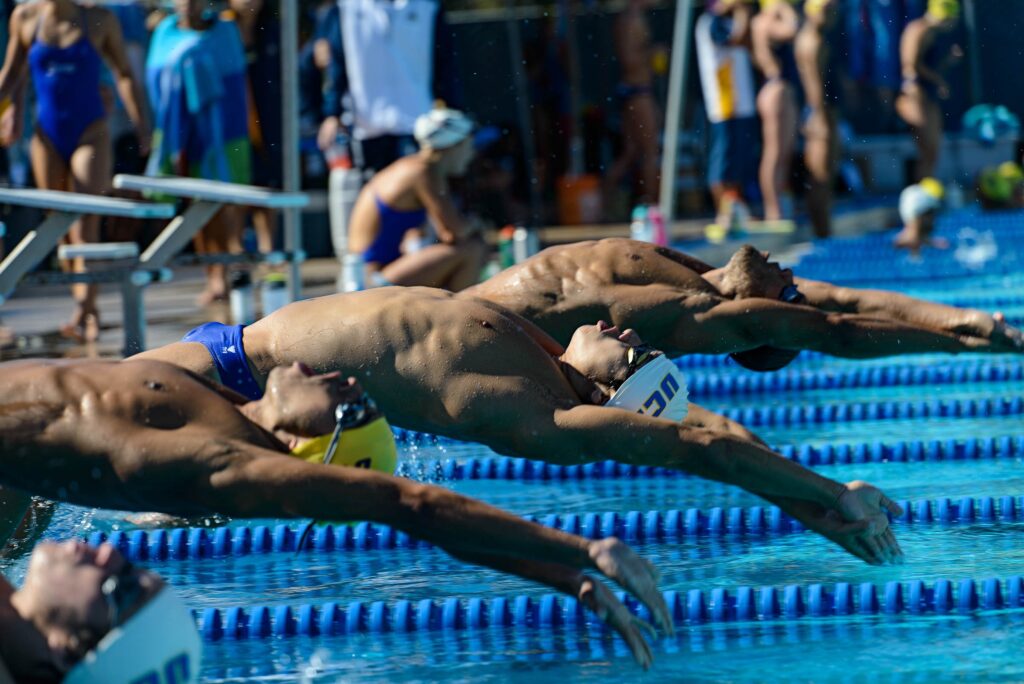 The meet ended with a first place win for the men’s team, who held an 835 point difference over second place host UC San Diego, as well as a third place standing for the women’s with a tally of 949 in

The meet ended with a first place win for the men’s team, who held an 835 point difference over second place host UC San Diego, as well as a third place standing for the women’s with a tally of 949 in the final scoring.

These results make it the second ever Gauchos’ men’s victory in this tournament. Another top three finish for the women’s, this time in an 11-team meet, has them in good form for the rest of the season.

Following this outcome, Santa Barbara’s formerly undefeated women settle at 3-1 on the season, whereas the Men’s side even out at 2-2.

The invitational began on Thursday and lasted until Saturday. Races commenced with 9 a.m. preliminaries and ended with daily 5 p.m. finals.

UCSB tournament highlights included a win for the men in the 200 yard free relay in which junior Billy Mullis, sophomore Mason Tittle, freshman Riley Ferguson and senior Yoessef Tibazi put up a 1:19.71 finals time. This team would also go on to repeat a win of 3:12.99 in the 400 yard medley relay, in which Ferguson was replaced by senior Andy Castilleja.

This was followed by sophomore Logan Hotchkiss’s first-place time of 4:19.84 in the men’s 500 yard free finals.

The men’s side would continue their domination of freestyle competitions by also placing first, second, third and seventh in the 50 yard free.

The men’s A relay team posted yet another victory with a finals time of 1:28.35 in the 200 yard medley relay with Castilleja being substituted for junior Jonathan Panchak.

The women’s squad would receive their first win in a nail biter, with freshman Heaven Quintana’s 53.70 finals time in the women’s 100 Yard Fly. Second, third, fourth and fifth came up just short, within fractions of a second of each other.

Billy Mullis provided another win with a finals time of 47.25 in the men’s 100-yard fly.

Quintana Heaven once again beat the competition by a time of 1:01.11 in the women’s 100-yard breast. She bested second, third and fourth for yet another close call.

Castilleja ensured a win in the men’s 100-yard breast with a finals time of 54.38, barely beating his teammate Panchak, who secured second place with a time of 54.95. The duo would then swap positioning in the 200-yard breast in which Panchak’s time of 1:59.43 just held off Castilleja’s 1:59.45

Mullis, Hotchkiss, freshman Joe Lastelic and senior Dylan Kubick would go on to claim another relay win. Their performance of 6:32.56, in the men’s 800 yard free, finalized their authority in the relay section.

Sophomore Michael Wang joined the A relay team of Mullis, Tibazi, and Tittle, for the men’s 400 yard free, which wrapped up Santa Barbara’s remarkable tournament with a first place time of 2:57.65.

Altogether, Gauchos men’s swim put up a whopping 2028 points, in the scoring for overall Team Rankings through event 304, ensuring them a first-place tournament win and their second A3 Performance Invitational victory.

The women’s came up short of UCLA’s first-place finish by 451.5 points in overall scoring. Third place may have been less than what they had hoped for, but a top three finish out of an 11-team pool is a positive regardless.

Both the men’s and women’s teams will look to keep up their current forms as the season progresses into its midway stages.

The Gauchos will resume their swim season on Dec. 1 in Austin, Texas for the Texas Invitational.